The new variant – dubbed VUI-202012/01 – has sparked worldwide concern after scientists warned it could be up to 70 per cent more infectious than others currently in circulation.

Canada, Sweden and Spain have become the latest countries to report cases of the highly contagious new coronavirus variant, which is believed to have emerged in the UK.

In Canada, the associate chief medical officer of Ontario, Dr Barbara Yaffe, announced the first two confirmed cases had been found in the province in a statement issued on Saturday.

In Sweden, it was detected in a traveller who fell ill after arriving from Britain and later tested positive, the country’s health agency said on Boxing Day.

Official Sara Byfors said the person has been self-isolating and that no further cases had so far been detected.

It came despite authorities there attempting to prevent the new variant arriving by briefly closing the border with Denmark, where it is known to have already been detected before Christmas.

In Spain, meanwhile, four people have been found to have the new variant, authorities revealeda on Saturday.

Officials said the first case appeared to have arrived when an infected person flew into Madrid.

After it was first discovered in south east England, countries around the world – including Canada, China and much of Europe – closed their borders to travellers from the UK in an effort to prevent the variant reaching their shores. France has banned hauliers from crossing the Channel without a negative Covid-19 test.

The US has said all air passengers flying from the UK must also present a negative test.

But several other countries have now reported the new variant, including Japan, Denmark, Australia, the Netherlands, Hong Kong, Singapore and the Philippines.

France confirmed its own first case of VUI-202012/01 on Christmas Day when a health ministry official said a citizen in the town of Tours had tested positive after arriving from London on 19 December.

The new variant was first detected in England in September but officials started to suspect it was the cause of growing infection rates in London and the south-east in early December.

About two-thirds of people now testing positive in these areas could have the new variant, the Office for National Statistics estimates. 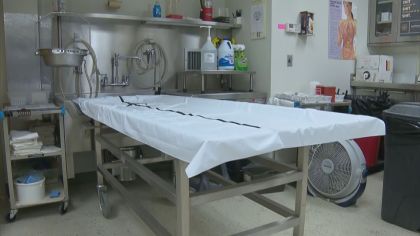 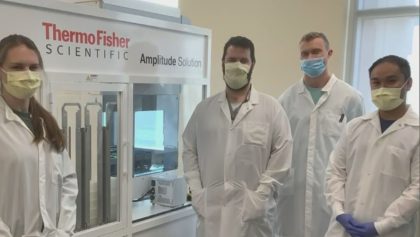