The Colorado Department of Public Health and environment says results of a recent survey about a potential vaccine shows a lot of people don’t want it. A breakdown of that survey shows 76% of men say they plan to get the vaccine but only 57% of women.

Joanna Rosa Saenz, a community advocate, for years has been hosting community meetings with minority families to discuss different issues.

“It’s really a place just to speak freely without judgement and get our concerns out,” she said.

Recently the vaccine has been a hot topic, “I just think in general vaccinations are very controversial”

With 34% percent of Coloradoans saying they would not get the vaccine; the state health department has been looking into why.

“There are mainly three concerns: safety of the vaccine, the side effects and the perception that it hasn’t been tested enough,” Vanessa Bernal, a spokesperson for the department said.

But Rosa-Saenz says there’s more to it than that. Many of the families she’s spoken with worry about religion, employment and whether or not the decision will really be up to them.

“From what we are hearing, it will be mandatory not voluntary,” she said.

“Where are you hearing that?” CBS4 reporter Karen Morfitt asked.

The state is now making it a priority to get more information on the vaccine to those groups with the most reservations.

“It’s good to know those concerns and to talk with those community leaders about spreading the message about the safety of the vaccine. We hope the communities are more trustworthy,” Bernal said.

The state is planning to launch a program called Champions for Vaccine Equity made up of doctors and other health professionals who will campaign for more participation. 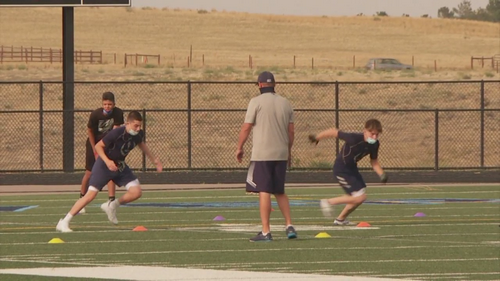 With Injuries Plaguing The Pros, What’s The Injury Risk For High School Football In The Fall?