The more infectious strain was responsible for the dramatic increase in positive cases across the southeast in the weeks before Christmas. Now it has been identified in a spike in Cumbria, according to Public Health England.

The new coronavirus variant is “spreading like wildfire” in the northwest of England as cases continue to rise across the country, piling further pressure on the struggling NHS.

The region’s director of public health, Colin Cox, said infections were “rocketing” as the variant “spread like wildfire” through Cumbria, making up 75 per cent of newly identified cases and putting “huge pressure” on local hospitals.

Though millions more have been put in tier 4 this week, Sage papers released on Thursday suggest that even a full lockdown would not be able to stop the spread of the more infectious Covid strain.

This is thought to be behind the surge in infections across the southeast and London which has crippled hospitals and forced the cancellation of thousands of operations.

Nationally, Thursday was another record day for infections with 55,892 cases reported in 24 hours with 964 deaths.

London hospitals are racing to open up more beds with children’s wards, operating theatres and clinic rooms being transformed into bed spaces.

The city is forecast to need 1,553 critical care beds by January 4 but forecasts suggest hospitals will struggle to hit the target. NHS England has said the Nightingale field hospital at London’s ExCel centre will open to take less sick patients to help ease pressure.

At University College London Hospital an urgent appeal was made on Thursday for staff to help support critical care patients on Friday and into the weekend when “when demand is very likely to outstrip capacity.”

In an email sent by medical directors Geoff Bellingan, Charles House and Tim Hodgson staff were told: “This second Covid surge is serious and is probably much greater in volume than the first.”

They revealed the main intensive care unit was now full with Covid patients with a second already 75 per cent full and a third major ICU for 25 patients being built.

“This all requires considerable staffing and we are going into the bank holiday weekend without secure rotas to open the ICU but with the almost definite need that we will have to open at least in part sometime this weekend. Unless we get rotas ready, we cannot do this over a bank holiday so tomorrow is make or break.”

Clinical teams were urged to release as many staff to help as they could including junior doctors, surgeons and physicians.

At the Royal London Hospital, in Whitechapel, the chief medical officer Alistair Chesser told staff on Thursday the situation at the hospital was “rapidly escalating” adding: “Unfortunately we now find ourselves really short of nursing support all weekend starting from tonight. We really need anyone who can do health care support duties to come forward please.”

He revealed some consultant surgeons had volunteered to working nursing shifts.

One worker said the hospital was down 26 nurses in its critical care unit on Thursday night.

On Wednesday an earlier message to staff warned: “We are now in disaster medicine mode. We are no longer providing high standard critical care, because we cannot.

“While this is far from ideal, it’s the way things are, and the way they have to be for now.”

Beyond London pressures are being felt across the country. A quarter of new cases of Covid-19 in Greater Manchester are from the new variant according to mayor Andy Burnham.

He said around 25 per cent of new cases of Covid in Greater Manchester could be attributed to the new strain adding “it’s probably higher.”

Mr Burnham said the latest figures were taken from the week before Christmas so would underplay the spread of the new strain in the region.

Buckinghamshire followed Essex by declaring a major incident amid fears rising numbers of Covid-19 patients could overwhelm health services there. Non-urgent surgery and outpatient appointments were postponed while urgent operations and those for cancer will go ahead. 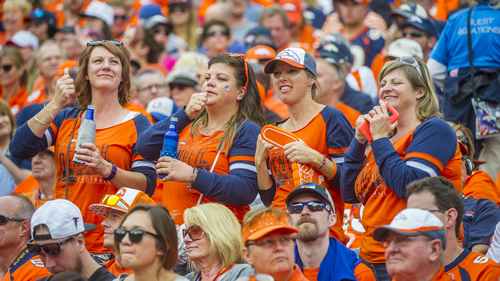