Other outbreaks include the Downtown Denver Detention Center, Fremont Correctional Facility, and Sterling Correctional Facility. According to state outbreak data, 742 people have tested positive at the Denver facility throughout its outbreak, and in Fremont, there are 202 active cases.

Of the 588 active COVID-19 outbreaks in Colorado, 26 are in prisons, jails, or other correctional facilities, state data shows. One of the worst outbreaks in the state is at the El Paso County Jail.

On Tuesday, the county sheriff’s office confirmed nearly 700 inmates had tested positive for the virus in recent days, along with 51 sheriff’s employees.

While the Sterling Correctional Facility has seen 703 cases and 3 deaths since the beginning of the pandemic, the outbreak appears to have slowed down. According to the Colorado Department of Corrections COVID-19 dashboard, only 8 inmates have tested positive over the last 14 days.

“We were always worried about getting sick,” said one former inmate who asked to remain anonymous for fear of affecting his parole status.

The inmate, who spoke to CBS4 over the phone on Thursday, said he tested positive while serving the end of his sentence. He said he and other inmates were tested often, but didn’t always know the results, and spread of the virus seemed inevitable from the start, no matter the precautions.

“Even isolating in a cell, it doesn’t seem that they can prevent the spread,” He said. “it’s just too close quartered.”

Maureen Cain, Director of Legislative Policy and External Communications for the Office of the Colorado State Defender, said the spread of the virus within the walls of a jail or prison is a threat to the community too.

“I think we should be very concerned about this because not only for the people that are in custody, but the sheriffs and staff that work at these facilities who come in every day and leave every day,” Cain said. “The potential for them being infected and carrying it to their families and communities is substantial.”

Early on in the pandemic, sheriff’s offices looked to prevent COVID-19 spread, in part, by decreasing jail populations through early releases and limiting arrests for minor offenses. According to Cain, the statewide jail population dropped to about 60% capacity over the summer.

“Throughout the summer I think people started seeing the curve go down and some of those changes were released. They stopped doing that,” Cain said. “Now that we’re seeing it back up again, I think they have to get back to doing all of that in the jails – delaying sentences, controlling arrests, letting the sheriffs control the desk.”

An executive order issued by Gov. Jared Polis in March allowed the Department of Corrections to streamline its ability to release inmates from their custody, but it has since expired.

Cain and other advocates believe early parole for those eligible or non-violent and medically at-risk should continue to be an option. In May, the American Civil Liberties Union of Colorado even sued Gov. Polis, accusing him of failing to protect medically vulnerable inmates within the Colorado Department of Corrections.

“I think they’re trying, but I think the thing they have to do is try to get more people out,” Cain said. “That’s what other states are doing and we’re not doing much of that here.”

Annie Skinner, public information officer for CDOC said parole is happening within the current framework, and the department is working with parole board for discretionary parole as well.

“For example, in the Cañon City area our staff are being tested at least a minimum of once per week,” Skinner said. “Right now, the Fremont Correctional Facility for instance the inmates are being tested every three days, whether they have symptoms or not.” 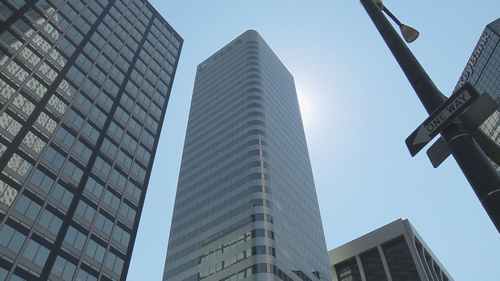 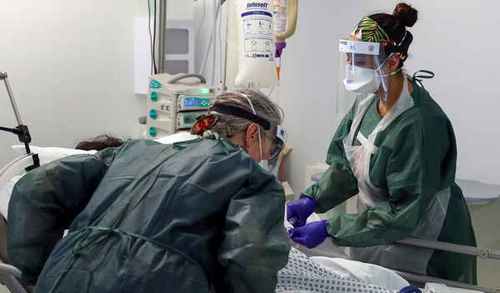