Sir John Bell, regius professor of medicine at the University of Oxford, and a government adviser on life sciences, said the tests have been under validation since July.

The new rapid coronavirus test set to be trialled across the city of Liverpool is 99.9 per cent accurate, according to a government scientific advisor, raising hope that it will become a “powerful new weapon” in the fight against Covid-19.

More than 2,000 members of the armed forces will arrive in the city on Thursday to help deliver thousands of what ministers describe as “rapid turnaround” tests, which can deliver a result in 15 minutes.

Analysis showed that one in a 1,000 tests returned a false negative, equivalent to 99.9 per cent accuracy, Sir John said.

“I hesitate to use the word game-changer because it gets overused, but it is a significant step forward in the testing arena,” he told BBC Radio 4’s Today programme.

Sir John said the tests were also capable of detecting viral proteins from patient samples, unlike the usual PRC test which identifies RNA.

This will provide a “good indication of people who are infectious”, he said, as opposed to identifying those who are no longer shedding fragments of the virus and are therefore not deemed contagious.

“If you’re going to try and control transmission you want to find the people who will spread the disease more widely,” said Sir John. “You want people who are infectious.

“These tests you can do regularly, you can do them every day if you want. You should be able to get on top of those who will spread the disease.”

Liverpool’s testing programme, which is expected to last as long as eight weeks, will provide an indication of how a wider scheme might be delivered across the country.

Prime minister Boris Johnson said, depending on the success of the pilot, the aim is to distribute millions of the tests between now and Christmas to “empower local communities to use them to drive down transmission in their areas”.

Joe Anderson, the city’s mayor, told the BBC that the pilot was going to start on Friday.

“Logistically, we are talking to the armed forces personnel and others about where to site about 30 units across the city, with some of them being mobile units,” he said.

Louisville To Extend Outside Seating On Main Street Broncos Starter, Backup Quarterbacks Won’t Be Playing In Sunday’s Game Due To COVID 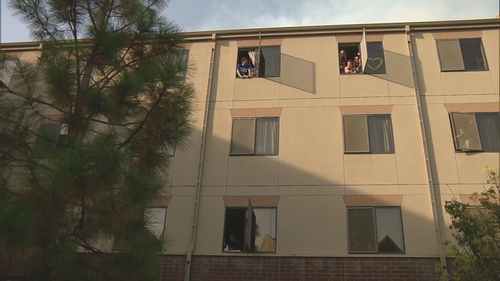