The interim results for Sputnik V are based on data from the first 16,000 trial participants, who received both shots of the two-dose vaccine, said Russian Direct Investment Fund (RDIF), which has been backing the vaccine and marketing it globally.

“We are showing, based on the data, that we have a very effective vaccine,” said RDIF head Kirill Dmitriev on Wednesday, adding that it was the sort of news that the developers would talk about one day with their grandchildren.

Early data for Russia’s Sputnik V Covid vaccine show that it is 92 per cent effective, according to its sovereign wealth fund.

The announcement follows results posted earlier this week by vaccine developers Pfizer and BioNTech, who said their US-German jab was more than 90 per cent effective at preventing disease.

Russia is rolling out the vaccine for domestic use despite the fact that late-stage trials have not yet finished.

The phase three study of the vaccine, developed by the Gamaleya Institute, is taking place in 29 clinics across Moscow and will involve 40,000 volunteers in total, with a quarter receiving a placebo shot.

The chances of contracting Covid-19 were 92 per cent lower among people vaccinated with Sputnik V than those who received the placebo, the RDIF said.

Ian Jones, a professor of virology at the University of Reading, said the “Sputnik data is yet more good news for Covid-19 vaccine development”.

“Although based on fewer cases than the recent Pfizer data, the vaccine looks as efficient and, like the Pfizer data, confirms and extends the earlier phase two results,” he added.

“We still need to know about the longevity of the response and the efficiency in different age groups, but the result bodes well for the other trials currently in progress and for having enough vaccine in geographically diverse regions.”

Following Monday’s announcement that Pfizer’s vaccine had been proven to be highly efficacious, the Kremlin released a follow-up statement in which it said its own jab was equally effective.

“The appearance of another effective vaccine – this is good news for everyone,” said Oksana Drapkina, director of a research institute under the Russian health ministry.

Russia first approved the vaccine after trying it on several dozen subjects in a non-blind study and ahead of phase three trials, which are key to establishing its safety and efficacy.

Authorities notably singled out teachers, as well as doctors, to receive the first available doses of the vaccine – but before all testing had been concluded.

This sparked a sharp response from these frontline workers. One Russian teachers’ union started an online petition urging members to reject the vaccine outright on safety grounds. It said that vaccination should not be made mandatory unless clinical trials are complete.

Russia’s decision to grant early approval drew intense scepticism from the international scientific community, leading to claims that Moscow had jumped the gun in pursuit of political gains.

“This is a reckless and foolish decision,” professor Francois Balloux, director of the UCL Genetics Institute, said at the time. “Mass vaccination with an improperly tested vaccine is unethical.”

Moscow subsequently released data from its early-stage clinical trials which demonstrated the safety and immunogenicity of the Sputnik V vaccine.

However, there was little indication of whether the vaccine was appropriate to use in people aged 60 and over. The ongoing phase three trial will seek to determine this.

Turkey has meanwhile expressed its interest in producing doses of the Sputnik V vaccine, Russia’s health ministry said on Wednesday after a phone call between the countries’ health ministers.

“The head of the Turkish health ministry expressed interest in organising production of the Sputnik V vaccine at Turkish pharmaceutical manufacturers’ facilities, after toxicology studies have been carried out, as stipulated by local legislation,” the health ministry said in a statement.

Russian health minister Mikhail Murashko assured his Turkish colleague of the readiness to organise such tests, the statement said.

The Turkish health ministry declined to corroborate that claim, but health minister Fahrettin Koca confirmed that the two men had held a phone call in a tweet posted late on Tuesday.

The Sputnik V vaccine is designed to trigger a response from two shots administered 21 days apart each based on different viral vectors that normally cause the common cold: human adenoviruses Ad5 and Ad26.

It is named after the surprise 1957 launch of the world’s first satellite by the Soviet Union. 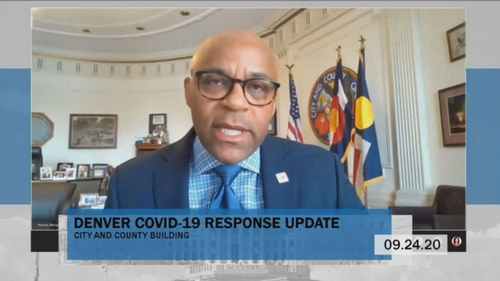 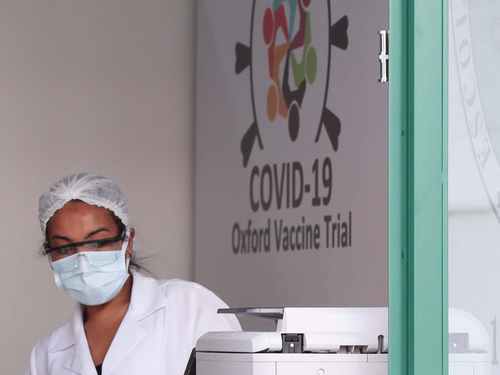