There are several concerns among detainees at the Aurora ICE Detention Facility about what is being done to keep them safe from COVID-19, and now the American Civil Liberties Union has filed a lawsuit against U.S. Immigration and Customs Enforcement.

As of this month, the Aurora facility has had a total of 624 cases confirmed among detainees since testing started there back in February of 2020, and this week alone, the agency reported at least 75 cases currently under isolation or monitoring. Detainees told CBS4 that the virus is running rampant.

“We are extremely unsafe in this place right now, there’s so much covid going on,” said Abdulai Barrie, a detainee. “They refuse to test us. It’s been over a month.”

Detainee Abel Guadarrama-Yanez said he also doesn’t feel safe inside the facility. He said there’s a lack of social distancing. The facility is privately owned by a company named GEO Group.

“They don’t disinfect and we all use the same phones,” Guadarrama-Yanez said. “Some of the guards also don’t wear masks.”

Monday the ACLU sued ICE because they said these detainees are being denied booster shots. They also said the conditions inside this facility have been a problem since the beginning of the pandemic.

“A lot of people here have covid, and we ask for doctors and there are no doctors, there’s no one to help us,” said detainee Dunglas Juaquin Guevara.

CBS4 reached out to ICE about the allegations, and in a statement, a spokesperson said, “Detainees are being tested for COVID-19 in line with CDC guidance.” They also said social distancing is being enforced– and those who test positive are isolated. And if a detainee needs medical attention, they’re transferred to a nearby hospital, adding that “ICE is firmly committed to the health and welfare of all those in its custody.”

Ana Temu Otting, the immigration campaign coordinator for the ACLU of Colorado said not only are they hearing that detainees in Aurora are living in unsafe conditions, but people with underlying conditions who are eligible are not being given those shots in a timely manner.

“We know that people are suffering inside of these congregate settings,” Temu Otting said. “If we aren’t able to provide a strategic and effective vaccination plan, we need to ensure that our communities inside and outside of the detention walls are protected and that means releasing folks, vaccinated folks, isolating them, and being able to provide as many precautionary steps as we can to make sure that we’re mitigating the spread of the virus.”

An ICE spokesperson said that boosters are being administered are based on several factors:

In a statement, a GEO Group spokesperson said all employees are required to wear masks while inside, adding “We have also enacted testing, quarantine, and isolation policies for employees, regardless of vaccination status, who test positive for COVID-19 or who may have come into close contact with an individual who has tested positive for COVID-19. All employees who test positive isolate away from work, with pay, and remain at home under our COVID-19 policy.” Government to give 11,000 iPads to care homes so residents can speak to families 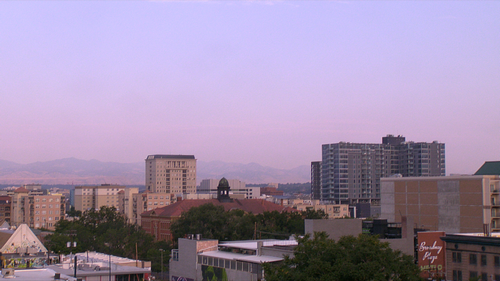