Blake Street Tavern has set up an outdoor beer garden in a parking lot outside, but with no sports to watch, it’s added to limits placed on customers and capacity.

The tavern joined with the Tavern League on Tuesday in filing a lawsuit against the Colorado Department of Health and Environment over capacity limits, saying there’s no science behind Colorado’s limitations on indoor customers at 50, or 100 with multiple rooms.

The suit calls the limits, “Onerous restriction on bars and restaurants and putting thousands of Coloradoans out of work. This was not only arbitrary and capricious, as there is no evidence that bars and restaurants spread COVID-19 more than any other nonessential business, but it also violated various federal and state constitutional guarantees.”

It was a “gut punch” said one bar manager. Bars and restaurants are looking at pulling back on their hours on Thursday night for a month as COVID-19 cases rise sharply in Colorado.

“To close at 10 p.m., it’s just going to put more and more of us out of business,” said Chris Fuselier, owner of Blake Street Tavern.

They were anxiously awaiting the re-start of baseball, basketball and hockey in the coming days to recover from months of losses.

“Why are we being picked on? Ten o’clock at night. I mean we’ve got to survive and we are already dying as it is.”

But the timing was only coincidental to the governor’s move to shut down alcohol sales at 10 p.m. as cases began to spike, especially among people in their 20s. “There’s literally four hours there of revenue that we’re missing,” said Fuselier. Each night he theorized, people cut off at 10pm would just leave and gather in homes and apartments with no social distancing or mask wearing. Fuselier believes they would be safer in his bar and restaurant where they are asked to wear masks unless seated and kept distant. “I’ll make sure that those young people are socially distant that they are at a sanitized table. We actually don’t mind doing that.”

Over in the Highlands, restaurant owner Juan Padro supported the governor’s move. “If he says this is going to help, then I gotta’ at least give him the benefit of the doubt,” said Padro. We sat outside Bar Dough next to the Highland Tap and Burger, two of his 10 restaurants. He is planning to open in Westminster and is opening a cocktail bar in Cherry Creek in October.

The governor’s move could be especially tough on those plans. “I don’t envy being in the governor’s position either. He’s just trying to he’s just trying to do the right thing based on the data that he has.” Padro has supported employees through the pandemic by feeding them with food for workers and families and continued to pay health care for many, even on furlough. He is down from the 400 workers pre-pandemic, but mostly through attrition. To Padro, the month-long move to 10 p.m. might cost him some, but his latest closing is currently 11. “We’ll see if it moves the meter a whole lot, I think he’s just seeing if it does. I don’t even think he knows if it will.”

Both bar owners know young people are getting together unprotected from the coronavirus and potentially sharing disease. “The young kids are going to the mountains and they’re renting these huge houses and their packing into the homes and going out on boats. If you scrub Instagram and Facebook you see that all over the place,” said Padro.

Fuselier notes that only about a dozen and a half of the state’s outbreak spots have been bar/restaurants like his. He says over the past four months, Blake Street Tavern has lost about $1.8 million in revenue. “He’s absolutely in the wrong,” he said about the governor’s latest order. “I think he’s blaming restaurants unfairly and for whatever reason he’s not very helpful to our industry.”

Padro knows serving his business holds a lot of complications. “We serve alcohol, there’s risks in that, no matter what, even in good times.” He believes people who have been drinking for hours might be lax in their compliance. “And let’s be real. You know if you’ve been drinking from  5 o’clock and at midnight your behavior is definitely going to be different than it was at five o’clock in the afternoon.” A month is worth a look to him. 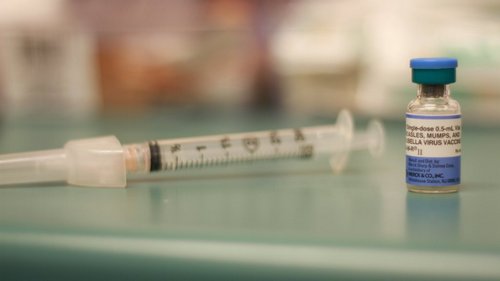 91% Of Colorado Kindergartners Vaccinated Against Rubella