After consulting health officials the county ruled the facility was not in compliance with mask mandates as they allowed athletes to play in games while not wearing a facial covering.

According to county spokesperson Katie O’Donnell the business was notified they must have everyone in their venue wear a mask at all times, including those in play.

The state makes an exception for those with specific medical needs. Some parents CBS4 spoke with said they were not in agreement with the county and state order.

“This is our first experience with having players wear masks. I think it is ridiculous,” said Ray Rawson, a parent of an athlete from Utah. “(August 1, 2020,) is the first day that the Colorado health department instituted this. I find it really ridiculous.”

The Larimer County Health and Environment Department is monitoring a youth sports facility in Windsor. The department received multiple complaints from people accusing ownership of not enforcing social distancing and mask wearing mandates.

Power 2 Play Sports, located near the border of Larimer and Weld counties, was accused of allowing more people in their facility than allowed, and not enforcing mask wearing, during a basketball tournament. Hundreds of people reportedly attended from around the country.

O’Donnell said, while they received many complaints and photos from the public about the Power 2 Play facility, they were also receiving complaints from parents upset with the facial covering mandate during play.

“We have been getting complaints about the amount of people, and the lack of face coverings at this facility,” O’Donnell said.

She said even referees should be wearing face coverings during their work, which means often times whistles have to be kept under a mask during games.

“Even during physical activity, they should have their faces covered masks on,” O’Donnell said.

CBS4 called management at Power 2 Play for comment on this story. However, on Saturday, a man representing the facility said the company didn’t have comment and hung up. In a text sent to CBS4 Friday evening management said, “We just don’t respond to false rumors and allegations.”

They then went on to write that they would comply with county guidelines.

Online the company has posted guidelines for visitors which address the mandate for facial coverings. In an email to referees, obtained by CBS4, the business told staff, “It has come to our attention we need all officials, scorekeepers, coaches, players, fans and anyone that is in the P2P facility to wear a mask at all times.” Later, it tells staff, “There is no leeway for this mandate. This comes from the governor’s office as a personal reminder to P2P to mandate it immediately.”

“(The rule is) frustrating for our businesses. We understand that. But, when these complaints get escalated to a state level, then we have to make sure we are out there following the rules,” O’Donnell said.

While the doors to the facility remind players and guests to wear masks at all times, and athletes are kept outside until their games are about to start, Rawson said he felt the rule was overstepping. Rawson said he felt everyone should wear a mask except for those actively on the court.

“Even players that are sitting on the bench (and) coaches have to wear a mask. That is all good. But, players on the court? Come on. They’ll be fine. I find it ridiculous,” Rawson said. 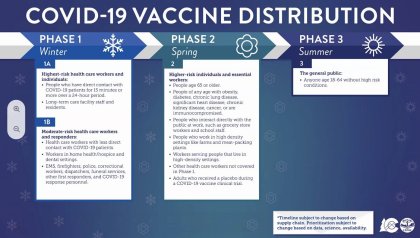 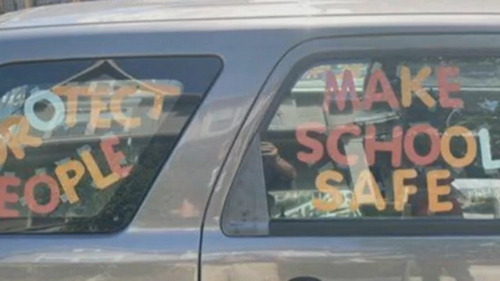