A French student lived all of our worst nightmares when a typical hair makeover went freakishly wrong.

Estelle, 19, from Paris, claims she almost died after using standard at-home hair dye. The student suffered a severe allergic reaction, which left her struggling to breathe-and with a swollen head the size of a melon.

After purchasing the dye at a local supermarket, Estelle followed the instructions at home and did a patch test of the product. She admitted to only testing it for 30 minutes, instead of the recommended 48-hour window, before applying the dye to her head.

In an interview with Le Parisien, she shared that she immediately noticed irritation on her scalp after applying the dye, and then her head began to balloon. She took antihistamines to try to calm the swelling, but the next morning her head measured 24.8 inches, as opposed to the average 22 inches. “I could not breathe. I had a light bulb head,” she said.

The product contained paraphenylenediamine (PPD), a common ingredient in hair dyes, especially darker shades. PPD can also be found in henna tattoos, dark-colored makeup, photocopying and printing ink, black rubber, oil, greases, gasoline, and more. While not normally dangerous, if you are allergic to PPD, it can cause serious health issues.

“Symptoms of this allergic reaction can range from the less severe itching and rash to the more severe anaphylactic shock, which can be fatal,” explains New York-based dermatologist Debra Jaliman, MD. “Some of the more severe reactions include swelling of the face and tongue, shortness of breath, and drop of blood pressure.”

When Estelle’s tongue began to swell, she rushed to the emergency room, where she was given an injection of adrenaline and was kept overnight. Fortunately, she has since made a full recovery, but is using her story to caution others on the risks of PPD and dyeing your hair at home.

PPD isn’t dangerous if you don’t have an allergy. Only a small concentration of 2% PPD is allowed in hair dye, and the kind Estelle used reportedly only had 1%. So, properly patch-testing to check for an allergy is critical.

If you tend to use a box dye to cover your grays and haven’t had any kind of allergic reaction, then you’re in the clear. However, if you are considering using an at-home hair dye but now have some reservations, there’s no need to freak out just yet.

Dr. Jaliman says that when applying hair dye at home, you should always start by washing your hands. Next, unscrew the bottles in the box and mix a small amount of the tint and the developer into a container. Recap the tubes. Use a cotton swab and apply a small dab of the dye to the bend of your elbow and leave it uncovered for 45 minutes. After 45 minutes, rinse the spot with warm water and allow it to air dry. Be sure to leave it uncovered for 48 to 72 hours. Dr. Jaliman recommends waiting the longer time frame if you’ve had issues with skin sensitivity in the past.

“If you are someone who tends to react to certain ingredients, I would recommend doing more than one patch test,” Dr. Jaliman says. She suggests doing two. “Sometimes people don’t have a reaction to the first patch test.” 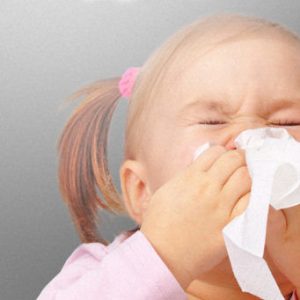 Allergic to dust, the child and ways of solving problems Treatment of asthma in a pregnant woman 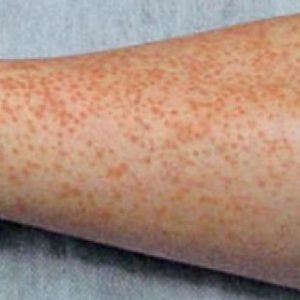