The main drugs used for rhinitis are intranasal glucocorticosteroids with a pronounced anti-inflammatory effect (mometasone fuorate, fluticasone propionate, etc.). Sometimes leukotriene receptor inhibitors are prescribed, however, the effectiveness of such drugs is low.

As for antihistamines, there is no pronounced positive result when they are used in patients with non-allergic eosinophilic rhinitis. In some cases, desensitization can be used in the treatment of patients with established acetylsalicylic acid intolerance. When expressed polypous rhinosinusitis according to the testimony of surgical intervention.

Nonallergic eosinophilic rhinitis  (nonallergic rhinitis with eosinophilic syndrome) – no-IgE-mediated disease characterized by nonspecific inflammation lesions of the nasal mucosa, main clinical symptoms are progressive disorder nasal breathing, rhinorrhea, sneezing attacks, propensity to develop polypoid rhinosinusitis and aspirin-induced asthma . According to statistics, non-allergic eosinophilic rhinitis accounts for about 20% of all cases of non-infectious non-allergic rhinitis. The disease was first described by RL Jacobs and co-authors in 1981. It is the least studied form of inflammation of the mucous membrane of the nasal cavity.

The main causes of non-allergic eosinophilic rhinitis are not fully understood. The provoking role of adverse environmental factors (changes in temperature and humidity of atmospheric air, exhaust of cars and industrial enterprises, exposure to tobacco smoke and some medicines) is assumed.

In addition, non-allergic eosinophilic rhinitis may be the initial stage of the formation of hypersensitivity to nonsteroidal anti-inflammatory drugs, including aspirin, and lead to the development of aspirin-induced bronchial asthma.

The pathological process in the nasal cavity is characterized by the development of eosinophilic inflammation, which acquires a chronic course and contributes to the appearance of hypertrophic growths (micropiposis). There are 4 variants of the inflammatory process in non-allergic eosinophilic rhinitis.

The clinical picture is similar to the symptoms of year-round allergic rhinitis. The presence of profuse, watery nasal discharge, sneezing attacks and increasing difficulty in nasal breathing is noted. Often there is a decrease in smell, until its absence.

As a rule, itching in the nasal passages with non-allergic eosinophilic rhinitis does not bother or is mild. Symptomatology tends to intensify under the influence of adverse meteorological factors when exposed to strong odors (household chemicals, perfumes, industrial emissions, etc.).

Examination of patients with non-allergic eosinophilic rhinitis includes the collection of anamnestic information about past diseases, intolerance to certain organic and inorganic substances, drugs and natural environmental factors.

Clinical examination involves consulting an otorhinolaryngologist, an allergist-immunologist, an infectious disease specialist, a pulmonologist, and other specialist doctors. Laboratory allergy tests and skin tests are carried out in allergology in order to exclude hypersensitivity caused by immune mechanisms. In this case, skin testing, provocative tests and determination of the level of specific immunoglobulins of class E give a negative result.

The clinical picture of non-allergic eosinophilic arthritis may include the so-called aspirin triad, including intolerance to acetylsalicylic acid or other nonsteroidal anti-inflammatory drugs, asthma attacks and difficulty in nasal breathing with the presence of polyps. Examination of the mucous discharge from the nasal cavity (rhinocytogram) often shows pronounced eosinophilia.

When rhinoscopy revealed pallor and cyanotic mucous membrane of the nasal conchae, the presence of polypous changes in the middle and lower nasal passages, as well as in the paranasal sinuses. Radiography and computed tomography of the paranasal sinuses show changes characteristic of sinusitis. The non-allergic nature of rhinitis is evidenced by the fact that there is no effect from the use of antihistamines.

Differential diagnosis is carried out with other rhinitis (allergic, medical, infectious) and sinusitis of various etiologies. Unlike allergic rhinitis, eosinophilic inflammation of the nasal cavity is characterized by complaints mainly of difficulty in breathing through the nose and rhinorrhea, absence of conjunctival damage, association of exacerbations with changes in climatic factors and the appearance of sharp odors, negative allergological tests and ineffectiveness of antihistamines. 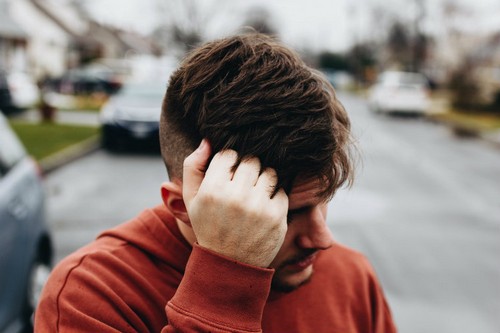 About allergies men to their own sperm 7 Signs You Have Allergies, and Not Just a Cold