During cold and flu season, it’s a pretty safe bet that congestion, sneezing, and a runny nose are signs you’re coming down with something. But when trees are blossoming or their leaves are falling, how can you tell if you have a cold or just allergies?

It’s a common question, says Purvi Parikh, MD, an allergist and immunologist with Allergy & Asthma Network and Allergy & Asthma Associates of Murray Hill in New York City, and a tricky one, even for doctors. The symptoms, especially when mild, can be nearly identical, she tells us.

That’s why we tapped three experts to figure out exactly how to distinguish allergy symptoms from signs of a cold. Here are the major signs your sniffling is most likely due to seasonal allergies.

Your mucus is clear

Bear with us as we get a little gross: “In the beginning, both colds and allergies will cause a clear, liquid mucus,” explains David Rosenstreich, MD, director of the division of allergy and immunology in the department of medicine at Albert Einstein College of Medicine and Montefiore Medical Center in New York. “As the symptoms go on, with a cold you start getting a thicker, yellow mucus, whereas usually with allergies mucus always stays clear and watery.”

Your cough is dry

Throat symptoms can be even more difficult to tell apart, but there’s usually one telltale difference: If you happen to be living through the unpleasant scenario of coughing up mucus, you probably have a cold. “Even if the mucus is clear, you’re more likely in the cold arena,” Dr. Parikh says. “Usually allergies have a dry cough.”

Allergies might also cause some throat irritation, but usually not too much pain. “People with a cold will often develop a sore throat, and that’s almost never seen with an allergy,” says Dean D. Metcalfe, MD, chief of the laboratory of allergic diseases at the National Institute of Allergy and Infectious Diseases.

Your eyes are itchy and watery

While you might notice some redness or discomfort around your eyes when you’re sick with a cold, it’s more likely that allergies are causing eye symptoms like watering and itching, Dr. Rosenstreich says.

Your nose and throat might feel itchy with a cold, says Dr. Metcalfe, but a cold usually doesn’t affect the eyes. Allergies may also cause some swelling around the eyes, adds Dr. Parikh.

A cold will typically run its course after three to five days on average, Dr. Parikh says, or maybe hang around for a week. Allergy symptoms–especially with continuous exposure to allergens–can last for much longer.

On the other hand, if you’re able to move away from the allergen triggering your symptoms–much easier if the offending agent is someone else’s pet, for example, rather than ubiquitous pollen, Dr. Metcalfe says–you might feel nearly instantly better. That simply won’t happen if you have a cold.

You notice a seasonal pattern

If you’re the type of person who swears they get the same cold every March, it might be time to reconsider. “If you notice it’s seasonal like clockwork, and every spring or fall you get these symptoms, it might be allergy-related,” Dr. Parikh says.

That holds true even if your seasonal symptoms occur earlier than you might think of as allergy season, Dr. Rosenstreich says. “In the Northeast, for example, most people are not aware of the fact that the trees begin to pollinate even when there’s still snow on the ground. Depending on the weather, people can have allergy symptoms in February.”

You don’t spike a fever

Colds (and of course the flu) are much more likely to cause a fever than allergies, although it is possible for severe allergies to elevate your body temperature, Dr. Rosenstriech says.

You can get out of bed

While allergies can certainly make you feel tired and run down, colds (or the flu!) are more likely to cause the aches and pains that send you straight to bed, Dr. Parikh says.

How to treat colds vs. allergies

At the end of the sneeze-filled day, it’s actually not all that important to figure out if you have a cold or allergies. “For most run-of-the-mill allergy or cold symptoms, the treatments are about the same, so it really doesn’t matter too much if you try to tell them apart,” Dr. Rosenstreich says. “With a cold, you probably don’t want to go into work and make everyone else sick, whereas with allergies, people will just tell you not to come near them, but you’re not actually contagious.”

Both allergy and cold treatments are what’s called symptomatic, he explains, meaning they won’t make the issue go away; they’ll only treat the symptoms that are making you miserable. Experts typically recommend over-the-counter oral decongestants and antihistamines as well as nasal sprays to reduce inflammation and congestion in both cases, Dr. Parikh says.

If you’ve got a cold–or another virus–that’s causing body aches or a fever, you might also want to try something to ease the pain and lower your temperature, like acetaminophen or aspirin, Dr. Metcalfe adds. (If you have asthma, you may also need to use your inhaler to treat coughing or wheezing, which could be triggered by both colds and allergies.)

While getting plenty of rest can help you get over a cold, it won’t do much for allergies. However, be sure to drink plenty of fluids, no matter your issue. “Dehydration makes allergies and colds worse,” Dr. Parikh says. “Fluids help relieve congestion.” 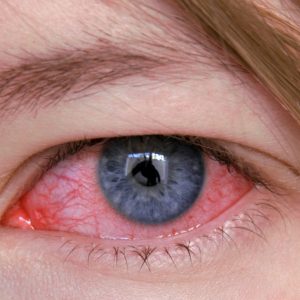 Allergic keratitis: symptoms and treatment in children and adults 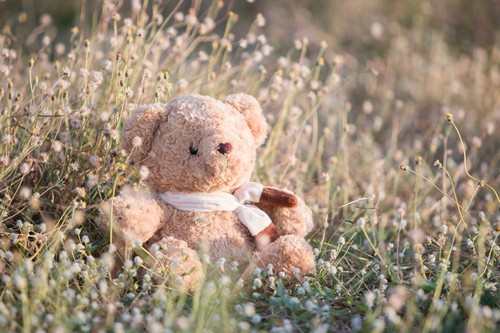 Is it possible to prevent the development of allergies in children?