The direct cause of the development of cefalohematoma is damage to the subperiosteal (less commonly intraosseous) vessels. The mechanism of development is the displacement of the skin of the head and periosteum relative to the bone during labor. When this occurs, local bleeding occurs in the formed cavity hematoma. The amount of hemorrhage ranges from 5 to 150 ml. Somewhat less frequently, cephalohematoma forms at the site of fractures of the skull bones (as a rule, degrees II and III).

The reasons for the development of the disease on the part of the fetus are a large body weight (over 4000 g), pathological presentation (pelvic, facial, transverse), fetal anomalies of development (hydrocephalus) and gestation for more than 40 weeks (excessive compaction of the bones, preventing the change in the configuration of the skull during labor).

The list of causes on the part of the mother includes the use of obstetric benefits (forceps or vacuum extractors), clinically or anatomically narrow pelvis, rapid or prolonged labor, irregular and asynchronous contractile activity of the uterus, pelvic fractures in history, bone exostoses, age 35 years and older.

In some cases, cephalohematoma becomes the result of asphyxiation caused by entanglement or compression of the umbilical cord, recession of the tongue and aspiration of the amniotic fluid. In addition, hemorrhage in the periosteum of the skull bones may be the first sign of coagulopathy (hemophilia, von Willebrand disease). In children with a gestational age of up to 37 weeks, this pathology may be a manifestation of generalized intrauterine mycoplasmosis.

Depending on the diameter, cephalohematomas distinguish 3 degrees of the disease: I degree – not more than 4 cm, II degree – from 4 to 8 cm, III degree – 8 and more cm. If there are several lesions, their diameter is summed up and evaluated as one hemorrhage. Taking into account the place of origin, the parietal (most characteristic), frontal, occipital (less common) and temporal (extremely rare) cephalhematomas are distinguished.

There are isolated and combined forms of the disease. Isolated cefalohematoma is not accompanied by other pathologies. About concurrent cephalohematoma speak with the simultaneous presence of superficial hemorrhage, fractures of the skull bones and damage to brain tissue (edema, hemorrhage in the brain tissue, neurological disorders).

Cefalohematoma may occur both in the first 2-3 hours, and 2-3 days after birth. The general condition of the child depends on the presence of other pathologies; isolated hematomas do not affect the patient’s condition. Often, hemorrhage increases in the first few days after the onset, due to a deficiency of coagulation factors in the newborn. Externally, subperiosteal hemorrhage has the appearance of a local tumor with clear edges that do not extend beyond the boundaries of the affected bone. The average size of a hematoma is 3–7 cm. Multiple cephalohematomas, affecting several areas of the head, are extremely rare.

On examination, a neonatologist or pediatrician determines the painless formation of an elastic soft consistency with a roller-like seal around the periphery, a positive symptom of fluctuation and the absence of local pulsation. With a small diameter (up to 3 cm), hemorrhage usually independently decreases by 7-9 days and disappears completely after 5-8 weeks. Large cephalohematomas (over 8 cm) should be punctured to aspirate the contents – they do not self-absorb.

The most common complications of cephalhematoma are anemia, suppuration, calcification, and jaundice. Anemia, as a rule, is caused by large blood loss, has the character of hemolytic or post-hemorrhagic and manifests a characteristic clinical picture, including pale skin, increased heart rate and BH and other symptoms.

Adherence of pyogenic microflora (β-hemolytic or other streptococci of group A) is accompanied by classic signs of an inflammatory process. There is a general and local increase in body temperature, a sharp deterioration of the child’s condition and localized redness in the hematoma area. Calcification of cephalohematoma due to the deposition of calcium salts in the resulting cavity. Manifested by the deformation of the affected bone and the general asymmetry of the skull. Jaundice occurs on the background of extravascular hemolysis of red blood cells inside the hematoma.

Diagnosis of cefalohematoma is based on anamnestic and physical data, the results of laboratory and instrumental methods of research. An important role is played by differential diagnostics. From the anamnesis, it is possible to establish the presence of provoking factors on the part of the mother and / or the child. Physical examination reveals a tumor-like formation above one of the bones of the newborn’s skull (most often above the parietal). A detailed examination assesses the consistency and clarity of the edges of the formation, the presence of pulsations and fluctuations.

Laboratory tests for cephalohematoma are not informative and are usually used to rule out other diseases. Sometimes, in general, a blood test is determined by the decrease in the number of red blood cells and hemoglobin, in biochemical – an increase in total bilirubin due to the indirect fraction. Neurosonography is a mandatory method of diagnosis of cephalohematoma, which allows detecting the echo-negative zone between the periosteum and bone, as well as confirming the absence of brain tissue lesions.

X-ray examination makes it possible to exclude or confirm fractures of the skull bones and to identify the detachment of the periosteum with a clear boundary within one bone. With the ambiguity of the results and suspected damage to the tissues of the central nervous system using CT. Differential diagnosis of cefalohematoma is performed with subaponeurotic hemorrhage, a generic tumor, a brain hernia, rarely with congenital mycoplasmosis and coagulopathy.

The treatment tactics depend on the severity of cephalhematoma, the presence of comorbidities and the tendency to resorption or progression. In case of major hemorrhages and a severe general condition, the treatment is carried out in the conditions of the neonatal pathology department or the neurosurgical department.

With a satisfactory general condition and the absence of other diseases, the child is discharged home under the supervision of a pediatrician or family doctor. Bed mode. The first 3-4 days of feeding are performed by expressed maternal milk, after which the patient is transferred to breastfeeding. To prevent further bleeding and prevent hemorrhagic disease of the newborn, a single dose of vitamin K is administered.

Cefalohematoma III degree in the absence of positive dynamics is an indication for aspiration puncture. The procedure is carried out no earlier than 10 days of the child’s life, since the removal of blood in the early stages almost always entails a relapse of cephalhematoma. The estimated duration of treatment in a neurosurgical hospital is from 2 to 7 days. In case of violation of the integrity of the skin in the area of ​​hemorrhage aspiration is carried out in the first two days due to the high risk of infection. Upon receipt of purulent contents during puncture, an autopsy and drainage of the cavity is shown against the background of antibacterial therapy. Linear fissures of the skull bones do not require specific treatment.

The prognosis for children with cefalohematoma is generally favorable. The disease rarely affects the general condition, future life and health of the child. Dispensary observation is not required. Serious complications are extremely rare.

Prevention consists in adequate nutrition and the lifestyle of the mother during the carrying of the child, a thorough examination during pregnancy, regular visits to antenatal clinics, timely identification of risk factors and proper maintenance of labor activity. If indicated, caesarean section delivery is indicated.

Kefalohematoma is a birth trauma that is characterized by the accumulation of blood between the bone of the skull and the periosteum detached from it. It is clinically manifested by the presence of a painless, fluctuating, tumor-like formation of an elastic or soft consistency. Typical localization is the region of the parietal bone. Diagnosis includes an objective examination of the child, neurosonography and radiography. Tactics of treatment depends on the severity of subperiosteal hemorrhage. When cephalohematomas I-II degree specific treatment is usually not required, with cephalohematoma III degree puncture aspiration is shown.

Cefalohematoma, or subperiosteal hemorrhage is a pathology in which there is a detachment of the periosteum from the skull bone with hemorrhage into the resulting space. It is the most common birth trauma of newborns in pediatrics and neonatology. The prevalence is about 0.2-2.5% of all newborns. Complications are characteristic only for large volumes of hemorrhage. The most common complications are anemia, calcification, jaundice and the addition of pyogenic microflora.

Extremely rarely develop cerebral palsy, neurological disorders and a lag in psychophysical development. Gender susceptibility to the disease was not detected. In some cases, cefalohematoma is a sign of congenital coagulopathy or generalized mycoplasmosis. An important role is played by differential diagnosis with other birth injuries. 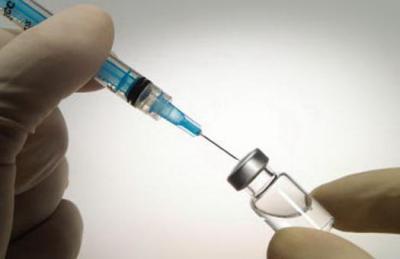