Endometriosis is a condition where the innermost layer of uterus, called the endometrium, grows in locations outside the uterus. The most common sites are in the pelvis and around the ovaries, but it has been found in more exotic locations such as the lung and brain, and has even been found in men !

Endometrium is the tissue that lines the inside of the womb (uterus). During the menstrual cycle it increases in thickness in preparation for pregnancy and if that does not occur it is shed off. The bleeding that occurs during the shedding off is what is called as the menses.

Endometriosis is a condition where the endometrium is also found in other areas of the body, usually within the pelvis. Like normal endometrium, this tissue also responds to hormones secreted by the ovary and is built up and shed off the same way. However unlike the normally sited endometrium, this “internal menses” has no way to get out of the body.

Over time, this process can lead to the formation of ‘chocolate’ cysts (brownish fluid-filled sacs) in the ovaries or scar tissue and nodules (bumps) around and on the surface of the pelvic organs. Also, sometimes the internal bleeding from the endometriosis can cause the organs in the pelvis – the urinary bladder, uterus, ovaries, tubes, and the intestines to stick together (adhesions).

Endometrial deposits can also be found, in or on the bowel and bladder or at sites remote from the pelvis like operation scars and in the lungs.

Endometriosis is not cancer.

Why does it occur? The cause is unknown but several theories have been put forward. The most widely accepted theory is ‘retrograde menstruation’. According to this theory, during menses some of the menstrual blood flows backwards into the pelvis through the fallopian tubes. This menstrual fluid has some endometrial cells which implant on the reproductive organs or other areas in the pelvis. These implanted cells cause endometriosis.

These deposits may cause adhesions on the uterus. The uterus can become stuck to the ovaries, fallopian tubes and bowel. Although many patients experience extreme pain, some women with endometriosis do not experience any symptoms. Usually it causes pain around the time of your period but, for some women, the pain is almost constant.

The symptoms of endometriosis vary widely from woman to woman and the severity of symptoms is not necessarily related to the severity of the endometriosis. Symptoms depend on the extent and location of the endometrial implants and the affected structures. While some women have few or no symptoms, others experience severe and incapacitating pain that recurs each month for many years.

How is Endometriosis diagnosed ?

Ultrasound scans, blood tests and internal examinations cannot conclusively diagnose endometriosis. The only way to diagnose endometriosis is by laparoscopy. This is an operation in which a telescope (a laparoscope) is inserted into the abdomen through a small cut in the belly button. This allows the surgeon to see the pelvic organs and identify any endometriotic deposits and cysts.

Treatment for endometriosis depends on a number of factors including:

Drugs used to treat endometriosis include:

Surgical options for endometriosis treatment include:

Any treatment needs to be individualized to each patient bearing in mind the severity of symptoms, extent of endometriosis and the overall goals of treatment.

Unfortunately, there is as yet a cure for the condition. However certain medical therapies or surgery can help. The type of treatment used depends on the age of the patient, her desire for future childbearing and the severity of her symptoms.

Hormonal treatments. Medical treatment can be tried for symptom relief. This involves giving drugs to create a reversible pseudo-pregnancy or pseudo-menopause state which can stop ovulation and hence allow the endometrial tissue to regress and die.

Testosterone derivatives eg Danazol, Gestrinone. The side effects include acne, change in the voice, increased hair over the body.

GnRH analogues – create a pseudo-menopause state. This group of drugs is given in form of injections or nose sprays and is usually used only for short durations eg. 6 months. Side effects include menopausal symptoms including hot flushes, vaginal dryness, reversible bone loss.

The Mirena coil can be used to provide relief from the symptoms like heavy menses.

With the exception of the Mirena Coil, Depo-provera and the oral contraceptive pill, the drugs used to treat endometriosis are not contraceptives and barrier methods of contraception should be used during treatment.

Surgery. Studies have shown that for patients with infertility resulting from endometriosis, surgery offers a better chance of achieving pregnancy than medical treatments. Surgery is also advised for severe disease eg large cysts or severe symptoms. Conservative surgery aims to remove and destroy the endometriotic nodules and/or cysts. This is usually done by laparoscopy (keyhole surgery) or rarely by an open operation – a laparotomy. Removal of the uterus (hysterectomy) and the ovaries may be necessary to cure women with severe endometriosis and those who have completed child-bearing. What is premature & early menopause? 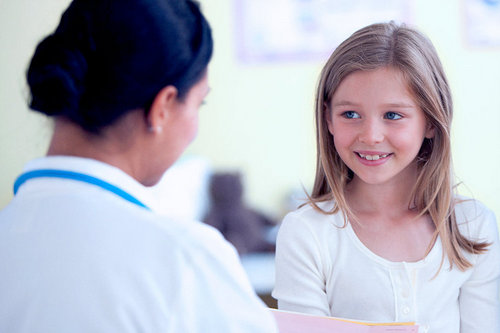