The severity of symptoms in menopause depends on heredity. It is usually possible to predict how her daughter will proceed if you look at the symptoms that bothered her mother during this period. About 40% of women do not feel the onset of menopause at all, it passes in them gently, gradually and naturally. In 11% of women, menopause occurs prematurely – up to 40 years. Timely menopause is the cessation of menstruation at the age of 47-55 years.

After 55 years, menopause is considered late, and this is not very good for a woman – such patients are usually at risk for oncology. In some women, menopause is caused artificially (this often happens after chemotherapy in the treatment of cancer, but in most cases, if a woman is not 38 years old, menstruation can recover after some time).

It is worth remembering that in overweight women, hormonal deficiency manifests itself earlier. Therefore, it is very important from the very beginning of adulthood to control your weight. Permissible weight gain during menopause is 3-7 kg. Thanks to the achievements of pharmacology in many countries, menopause is considered a positive phenomenon. A woman is freed from family roles, feels freer. She devotes more time to her hobbies.

Therefore, Americans do not perceive menopause as a disaster, but on the contrary, they find undoubted advantages in this period of life. It is worth remembering that the negative manifestations of menopause are not expected by all – about 9% of women do not even notice a change in the nature of menstruation – they remain regular until the menopause and simply suddenly stop.

Do not be upset, because menopause is not a disease, but a normal aging process. As with pregnancy and menopause, every woman has her own story – it is impossible to predict how exactly the body will behave. The reason for this is the many factors that determine the course of menopause, in addition to heredity. In any case, you can use a wide arsenal of modern remedies for menopausal syndrome.

Many women are afraid that after the cessation of menstruation, they will face wilting and old age. But in fact, the only real consequence of menopause for most women is the inability to get pregnant. Advances in modern medicine can extend the active life of women after menopause by 10-15 years.

The physical and intellectual abilities of women today can be preserved up to 75 years and beyond. But much depends on you. Do not despair, you need to continue to lead a normal life, engage in family, work, hobbies, maintain relationships with a spouse or partner. 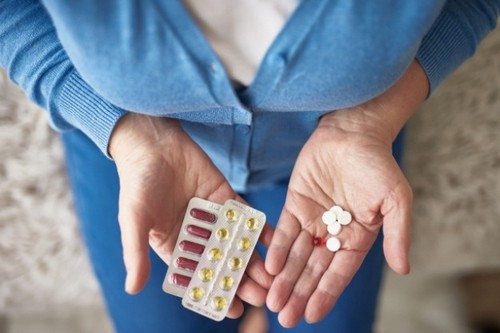 Conditionally, you can divide menopause into 3 stages:

They are individual, but there may be anxiety, deterioration in cognitive functions (intelligence, memory), flushing and sweating, heart pain, tachycardia and poor sleep. The mood during the day changes very often. A woman becomes irritable, her libido decreases, tearfulness may appear, which was not previously observed. Urinary incontinence, a change in the size of the mammary glands, dry eyes can be observed. The skin becomes dry, sagging.

There are problems in intimate life due to dryness in the vagina (about 30% of women are worried). Urogenital atrophy affects not only the vulva, but also the internal genital organs – the uterus and ovaries. They wrinkle, decrease in size. Genital infections may worsen. To improve the condition of the pelvic organs, doctors advise not to stop physical activity and sexual activity.

It is very important to recall that bones need additional protection during this period. In postmenopausal women every year a woman loses 3% of bone mass, there is a risk of fractures, teeth become damaged. Physical exercises are mandatory – the higher your muscle mass, the stronger the bones and joints in which pain can occur during menopause. The most formidable consequence of bone loss is a hip fracture.

Usually, women themselves turn to a gynecologist for help, and the diagnosis of menopause does not present any particular difficulties for a female doctor. After questions asked by the patient about the symptoms and frequency of the menstrual cycle, hormone tests are prescribed. Sometimes a woman may not suspect that she has premenopause because she has not reached 40 years of age. She goes to a therapist, neurologist or cardiologist. And only after she is referred to a gynecologist, the true cause is established. This happens especially often if menopause is early.

How can I help you?

It is impossible to cure menopause, but you can and should help yourself, create the conditions for a full, vibrant life. Be sure to contact a gynecologist who will prescribe maintenance therapy. You will return to the previous rhythm of life and will be able to enjoy career success and family life.

The first group of drugs is hormone replacement therapy with synthetic hormones. This type of help for women has some contraindications. Therefore, it is necessary to coordinate their appointment with the doctor. So far, in our country they resort to HRT infrequently, but in vain. In Europe, this is a long-standing practice. Not only tablets can be prescribed, but also hormonal suppositories and creams. The doctor takes into account the wishes of the patient and takes into account the results of tests for hormones (“hormonal mirror”). Oncocytology is definitely done, before the appointment of HRT, an ultrasound of the pelvic organs, a blood test for coagulation, ALT and AST levels are performed (to monitor the condition of the liver before and during treatment with hormones).

Only such a comprehensive examination can prevent the side effects of hormone replacement therapy. HRT is more effective than non-traditional methods of relieving menopausal syndrome and traditional medicine, this is confirmed by many years of experience in the use of drugs in Europe, America and Japan.

40% of our women in the CIS countries stop taking HRT within 6 months after starting treatment. Usually the reason for this is not side effects, but the reluctance of women to return to monthly bleeding. Here, the attitude of doctors to hormone therapy plays a role. They prescribe it with caution and cancel it at the first sign of trouble. Modern drugs for HRT are considered safe when they are justified and rational. We recommend asking your gynecologist to prescribe the latest generation of drugs, where hormone doses are lower.

Do not be afraid of the discomfort when taking HRT, which is observed in the first months. Usually nausea, swelling, headache disappear after adaptation to the drug. The duration of hormone treatment with menopause can be from 5 months to 5 years. In postmenopausal women, the need for such drugs disappears.

Some statistics: HRT reduces the risk of heart attacks and strokes by 30%, and reduces the risk of developing cancer of the uterus and endometrium by 40%. It is safer to use local forms of hormonal drugs – suppositories and ointments. They are popular with both doctors and patients. But they are often not enough, since they do not have a systemic effect.

A common myth is that HRT increases the risk of developing breast cancer. It is not true. If a mammogram was done before prescribing treatment, and it showed that the breast condition is normal, then hormones of the latest generation can be prescribed without fear. If breast cancer occurs against the background of HRT, this means that the conditions for its occurrence were in the body before the start of therapy.

Cancer does not develop in one month or even a year. You can prevent this disease by visiting the gynecologist regularly, curing mastopathy and mastitis in a timely manner. These conditions are considered dangerous and can, after many years, contribute to the formation of malignant breast tumors.

The second group – preparations based on phytoestrogens – natural bioflavonoids, similar in composition to the female hormone estrogen. They act more gently, they are prescribed at the initial stage of the extinction of ovarian function. Plant estrogens reduce the risk of cardiovascular disease and practically do not have the serious side effects inherent in hormonal drugs. For example, they can be taken for problems with the heart and blood vessels, in contrast to hormone replacement therapy. This group of drugs is the most popular. Many of their names are represented on the market; they differ both in composition and price.

The third group – calcium preparations that protect bones and help the production of collagen. Also, such drugs are support for the cardiovascular system.

Some lifestyle changes are required. Smoking exacerbates the symptoms of menopause. We advise you to get rid of this bad habit at a young age. You need to include some foods in your diet. If there is no weight gain, you can add more white bread, dates and red wine to the daily menu. Drink plenty of fluids. Saturate your diet with leafy green vegetables. They contain calcium and folic acid. Be sure to have cereals on your table. It is useful to eat germinated cereal grains. 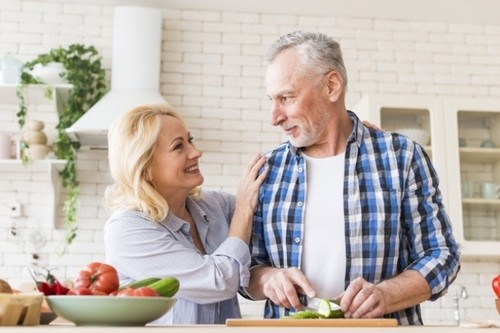 To keep the joints healthy, stretching, Pilates, yoga, qigong are useful. They also help in the development of coordination of movements and prevent falls fraught with menopause fractures. These exercises play a role in preventing stoop. We also recommend visiting the pool. Can’t swim? Sign up for water aerobics.

Correction of mental disorders during menopause

If you are overcome by depression, psychotherapy will come to the rescue – it will help to change beliefs and incorrect attitudes, eliminate fixation on the new state of your body, and accept and love a changing body. Antidepressant medication may be prescribed. There are modern tools that are not addictive and weight gain.

Coordinate their appointment with the doctor – and life will sparkle with new colors. Be sure to engage in creativity and meditation, continue to take care of yourself so that you are pleased with what you see in the mirror. Modern cosmetology comes to the rescue. 70% of women complain about changes in their mental state, but only 15% of them decide to seek help.

The time span from the onset of premenopause to postmenopause takes about a quarter of life. And there is no reason to reduce their activity at this time, to limit themselves in social contacts, to suffer from headaches and insomnia, sexual disorders.

5 Subtle Changes For A Stress-Free Life 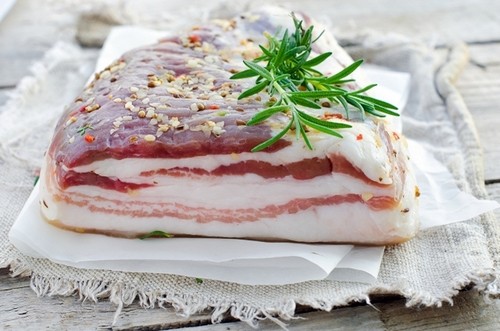 Who should not eat fat

What diseases are associated with the mental state of a person