In Leicester, where 300,000 people are facing weeks of lockdown after a spike in infections, one senior NHS doctor said the city’s hospital had no information to help plan its response to the virus.

Boris Johnson has come under fire for claiming health data on coronavirus infections has been shared with local councils across the country.

The Local Government Association (LGA) and Association of Directors of Public Health (ADPH) said granular data on infections was still not fully available to local councils and public health experts.

Dr Jon Bennett, consultant in respiratory and general medicine at the city’s Glenfield Hospital, said on Twitter: “We had no knowledge of any Leicester spike other than seeing more admissions and hearing Matt Hancock announce the Leicester problem.”

He added: “No numbers nor demographic data sharing to help plan our response – still only info from hearsay.”

At prime minister’s questions today, Boris Johnson was asked by Labour leader Sir Keir Starmer why it had taken a week for crucial data on tests performed outside of hospitals – known as pillar 2 – to be shared with officials in Leicester.

Mr Johnson told him he was wrong adding both “pillar 1 and pillar 2 data have been shared not just with Leicester but with all authorities across the country”.

Councils were given access to summary level data earlier this month for the first time and still don’t have routine access to detail such as outbreaks in certain postcode areas.

Cllr Ian Hudspeth, from the LGA, said: “More data is starting to be shared with councils’ directors of public health, which is good news. It is clear that more precise, granular information is needed in order to help councils track down and isolate any specific outbreaks or clusters. This data needs to be provided promptly and shared quickly, with both district councils and upper tier local authorities, to ensure the swiftest and most effective response.”

Shadow health minister Liz Kendall and MP for Leicester West told The Independent: “This makes it crystal clear that local authorities have not been receiving all the testing data they need, as the prime minister claimed. Local councils need detailed information, including on where people live and work, so they can identify the causes of any Covid spikes and take the necessary action to bring infection rates down.

“It is frankly astonishing that this data wasn’t shared right from the start, and the continuing delays and obfuscations are unacceptable. Lessons must be learnt if we are going to ensure what happened in Leicester doesn’t happen elsewhere and that we do everything possible to avoid further local lockdowns.”

Last week councils were given a data-sharing agreement to allow them access to individual patient data but local public health directors say the data needs improving.

It does not currently include data on where people work nor does it show positive tests alongside the total number of tests carried out.

Dr Jeanelle De Gruchy, president of the ADPH, said: “The ADPH has been calling for pillar 2 data to be made available to all directors of public health for many weeks.

“Increasing numbers are able to access this data, which is welcome, and those that don’t should be able to do so in the very near future.

“Timely, high quality and consistent data flows will be a key tool in implementing the local outbreak plans that directors of public health are responsible for.”

An in-depth investigation by The Independent earlier this week revealed the scale of delays and problems in the government’s Lighthouse Laboratories and revealed how the slow start and lack of data sharing had cost lives, according to experts.

The Royal College of GPs said data on patients who had tested positive for the virus was now starting to flow into medical records but there may be a backlog in some cases.

Professor Martin Marshall, chair of the RCGP, said: “The college has called for Covid-19 test results to be updated on individual patient records in a timely manner so that GPs can take this into consideration delivering care to our patients.

“We have been assured that this is now happening, although we are aware that some GP IT systems were activated later than others, and there may be a backlog involved in updating records in some cases.”

He added: “We’re all invested in the NHS test and trace programme working well as we continue to try to control the pandemic. As such, it is essential that GPs have access to high-quality, accurate and timely data in order to deliver holistic care, and effectively manage Covid-19 at a community level.” 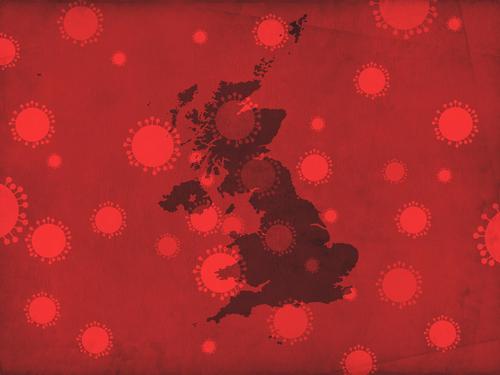 Coronavirus: Why are there so many outbreaks at meat factories?