Ministers and health chiefs must plan now to get the country ready for winter, the scientists say, adding that a major expansion of the test and trace system will be needed to cope with the rise in Covid-19 and flu-like symptoms which could see hundreds of thousands of patients needing tests.

Other recommendations included the roll-out of a major flu vaccination scheme and a nationwide disease surveillance system.

The report, produced by 37 experts in just six weeks, includes a series of estimates of the numbers of deaths that could be caused if the rate of transmission for coronavirus, that is the number of people infected by each sick person, starts to rise again.

In its worst case scenario, the report says the impact of a Covid-19 second wave if the R-rate rises to 1.7, could lead to an estimated 120,000 deaths in hospital between September and June next year. The peak of infections would hit the NHS around January or February, at the same time as flu admissions are at their worst.

A winter crisis fuelled by a resurgent coronavirus and a deadly flu outbreak could cripple NHS services and cause thousands of deaths, a major report commissioned by the government’s chief scientific adviser has warned.

More than 30 scientists and experts from the Academy of Medical Sciences have spelt out the potential risks for the UK should it suffer a severe winter and a second wave of Covid-19 infections at the same time.

The report says the NHS would be unable to respond to a surge in viral infections like it did earlier this year because of the added pressure of winter flu, already delayed urgent operations and increases in staff sickness.

In their “reasonable worst case scenario” the experts say this could cause up to 120,000 extra hospital deaths if no steps were taken to curtail the virus. It did not estimate the impact on care homes.

This scenario does not account for any new lockdown controls or the use of dexamethasone, a drug which has been shown to reduce Covid-19 deaths by one-third in very sick patients.

In a less severe scenario, with the transmission rate hitting 1.5 by September, demand would still peak in January and February with around 75,000 deaths by June 2021.

If the R-rate is kept down to 1.1 then NHS capacity would still be stretched but infections would rise slower, with only 1,300 hospital deaths by June 2021.

The report reflects growing concern in Whitehall and among health service chiefs about coronavirus combining with flu in winter. In 2017-18 the UK experienced a severe winter with more than 50,000 excess seasonal deaths recorded.

Professor Stephen Holgate, a respiratory specialist from University Hospital Southampton and chair of the team behind the report, said: “The modelling suggests that deaths could be higher with a new wave of Covid-19 this winter, but the risk of this happening could be reduced if we take action immediately.

“With relatively low numbers of Covid-19 cases at the moment, this is a critical window of opportunity to help us prepare for the worst that winter can throw at us.”

Professor Azra Ghani, from Imperial College London, who worked on the study, stressed the 120,000 deaths figure was not a prediction.

She said it was an attempt “to capture something we think might happen if absolutely everybody almost forgot about Covid, started going back to our old ways and we started to move around in the same way”.

“It doesn’t mean we think it’s likely to happen, it’s really to get a sense of what it could look like and why we must remember Covid has not gone away… and why we must act now.”

Professor Dame Anne Johnson, the vice president of the Academy of Medical Sciences, added: “This winter we have to factor in the likelihood of another wave of coronavirus infections and the ongoing impacts of the first wave.

“We have to be prepared that we might also experience a flu epidemic this year. Faced with these potential challenges, and after an already tough year, it would be easy to feel hopeless and powerless.

“But this report shows that we can act now to change things for the better.”

Three ways to get rid of headaches 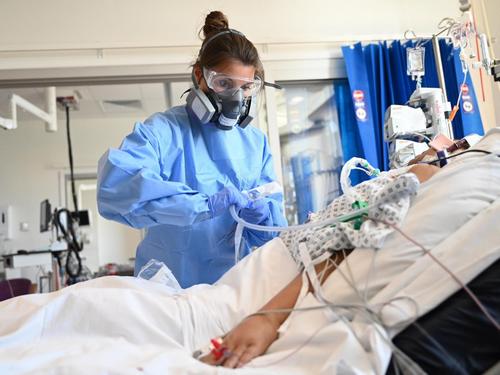 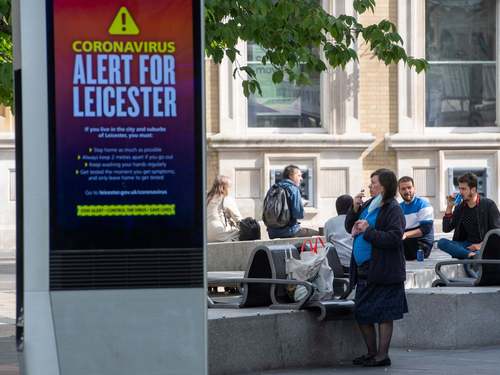