These infections were detected in eight different English postcodes: in Hanwell, Tottenham and Mitcham in London; Walsall in the West Midlands; Broxbourne, Hertfordshire; Maidstone, Kent; Woking, Surrey; and Southport, Merseyside.

Experts believe the 11 community cases may have second or third generation links to travel but detailed investigations have not confirmed this.

In response to the emerging threat posed by the South African variant, an intensive “surge” programme of PCR testing is to be introduced to the different postcode areas – home to roughly 10,000 people each – where local residents are being urged to take a test.

Some 80,000 people across England are being encouraged to come forward for “surge” testing, regardless of whether they have symptoms, as part of efforts to contain the growing spread of the South African coronavirus variant.

A total of 105 cases in the UK have so far been attributed to the new variant – 11 of which were recently found to be community-based and not linked to people who had travelled to South Africa, suggesting the virus is now circulating among local populations. 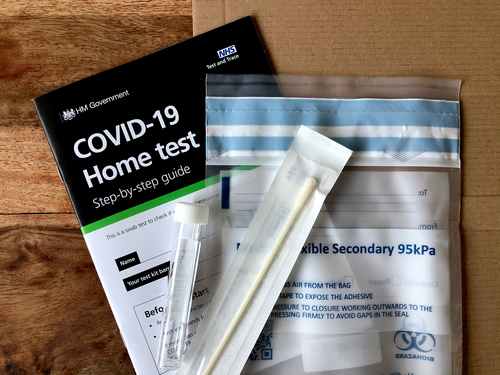 Local health teams will be carrying out door-to-door screening while mobile testing units are to be introduced to each area in a bid to pick up any further cases linked to the South African variant, known as 501Y.V2.

All samples are to be fast-tracked through England’s testing infrastructure and those that return a positive result will then be sequenced to determine whether 501Y.V2 was responsible for the infection.

Although only 105 infections of 501Y.V2 have been identified to date, scientists are fearful that the new variant is beginning to spread across parts of the UK.

At this stage, the Covid-19 infection survey conducted by the Office for National Statistics has yet to pick up any cases linked to the variant, indicating it is not prevalent in the population.

However, health secretary Matt Hancock acknowledged that there “may be further cases we don’t know about yet”, adding that it was “absolutely vital that people in those [affected] areas minimise all social contact and get a test when the opportunity arises”.

Dr Susan Hopkins, strategic response director at Public Health England (PHE), said there was no evidence that the different cases of 501Y.V2 were linked.

“[These cases] are in quite separate parts of the country and they are more likely to be related to somebody who potentially had asymptomatic infection when they came in from abroad,” she said during Monday’s Downing Street briefing.

“We are looking to find extra cases in the community to see where we can find links and to try and close down and eliminate the transmission between people.”

Some of the vaccines in use and currently going through approval have been shown to provide protection against 501Y.V2.

However, new studies have suggested that some vaccines’ efficacy could be diminished, with trial data from Novavax indicating that its jab is less effective against 501Y.V2 than the original form of the virus.

It is not yet known whether the AstraZeneca and Pfizer vaccines, which are being rolled out widely across the UK, will be effective against the variant.

Experts advising the government said they did not think the current vaccines would need to be tweaked to deal with the South African variant, which does not appear to cause more severe illness.

Nonetheless, Dr Hopkins said the UK was looking at whether those who had already taken a Covid-19 vaccine would need a fresh shot to cover the risk posed by new mutations.

“It is unlikely that people would have to start [the vaccine treatment] again, it is much more likely that it would be a booster shot – a bit like the annual flu vaccine,” she said.

Local authorities in Surrey announced they would be implementing the surge testing programme after two people with no travel links to South Africa tested positive for the variant.

Door-to-door testing will be carried out for households in the Goldsworth Park and St Johns areas of Woking, Surrey. Some 9,500 residents will be visited by health officials and requested to take a PCR test regardless of whether or not they have symptoms.

House checks are also expected to be extended to nearby Egham later in the week.

Ruth Hutchinson, director of public health for Surrey, said: “This is a precautionary measure – the more cases of the variant we find, the better chance we have at stopping it from spreading further.

“By playing your part and taking the test, you’ll be helping to keep your community and your loved ones safe.”

Dr Alison Barnett, regional director at PHE South East, urged “everyone offered a test to take it up to help us to monitor the virus in our communities and to help suppress and control the spread of this variant”.

Ealing Council has similarly asked all those living and working in Hanwell and West Ealing to take a Covid-19 test after one local resident also tested positive for 501Y.V2.

The council said the individual, who was tested at the end of December and has since made a full recovery from their infection, had no travel links to South Africa and had not been in contact with anyone who had recently returned from the country.

The Independent understands that Ealing Council was informed of the case last week, raising questions as to why local residents were only informed on Monday.

Labour MP David Lammy said that two infections of 501Y.V2 had been detected in the same household in Tottenham Hale.

Separately, Nick Thomas-Symonds, the shadow home secretary, questioned whether the government was doing enough to prevent the spread of new variants in the UK.

He said the 11 infections demonstrated that the “quarantine system is not working with the country being exposed to dangerous strains of the virus and new cases now appearing”.

“While door-to-door testing is welcome in areas where cases of the South African variant with no links to travel have been identified, how can the home secretary justify keeping our borders open to Covid, allowing around 21,000 people to arrive every day?”

But Boris Johnson, the prime minister, played down fears about vaccines being ineffective against the different coronavirus variants that have been detected to date.

During a visit to the Al Hikmah vaccination centre in Batley, West Yorkshire, the PM said: “We are confident that all the vaccines that we are using provide a high degree of immunity and protection against all variants.” He said the vaccines could be adapted to deal with new variants if necessary.

“The fact is we are going to be living with Covid for a while to come in one way or another,” he added. “I don’t think it will be as bad as the last 12 months – or anything like – of course, but it’s very, very important that our vaccines continue to develop and to adapt, and they will.”

Mr Johnson also said that infection rates in the UK were flattening and possibly beginning to fall. However, he warned that they remain at a high level, which means there can be no premature easing of restrictions for now.

Meanwhile, more than 9.2 million people in the UK have received a first vaccine dose, including almost nine in 10 of those aged over 80, according to the health secretary.

A further 406 deaths were reported on Monday, bringing the nationwide total to 106,564, while 18,607 new infections were recorded. 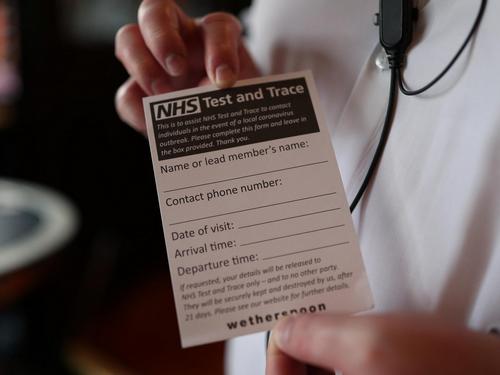 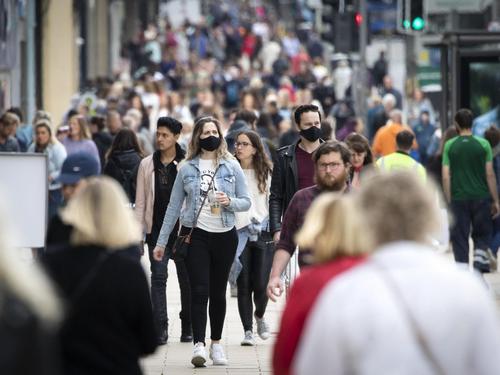 UK is way behind rest of world in adopting them, top scientist says