But while Scotland’s rate of new Covid-19 cases has fallen consistently below two per million since late June, England’s is yet to drop below seven per million.

The latest figures, taken from Public Health England and Public Health Scotland, come after Nicola Sturgeon said she would “not shy away” from imposing quarantine restrictions on visitors from England.

Since mid May, England’s infection rate compared to Scotland’s rose from around 1.4-times greater, to more than 7-times greater by mid July. It currently stands at around 5.5-times greater.

The coronavirus infection rate in England is five-times greater than that of Scotland’s, the latest data has revealed.

Since mid-May, both countries have seen new daily coronavirus cases reduce significantly, though Scotland’s handling of the virus appears to have been far more effective.

The disparity between England and Scotland’s infection rates was highlighted in a recent report by the Independent Sage group, which attributed it to the differing containment strategies of each nation.

“In Scotland we’ve seen such a clear strategy, clearly articulated, elimination is the aim and all objectives are geared towards driving things as low as possible,” Professor Stephen Reicher told a briefing last week.

“In England, the UK government hasn’t been clear about the strategy, we don’t see any particular strategy, some people talk about herd immunity by default, but nothing has been articulated at all.

MS Sturgeon’s comments this week about potential quarantine measure for people travelling north of the border stoked speculation of controls between England and Scotland.

Her comments prompted Michael Gove, the cabinet office minister to say that he did not think “erecting a hard border… is in any way a good thing.”

How was the health service created and what were its guiding principles? 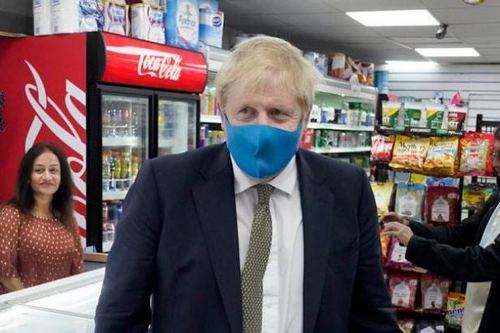