The Royal College of Obstetricians and Gynaecologists (RCOG) report was not published until after the college had agreed to an “unprecedented” addendum report 12 months after its inspection in 2017, that presented the trust in a more positive light.

When the final report was made public in July 2018 the addendum was placed at the front of the report.

The original RCOG report warned: “Neonatal and perinatal mortality rates will not improve until areas of poor / substandard care are addressed.”

The trust is at the centre of the largest maternity scandal in NHS history with 1,800 cases under investigation by an independent inquiry. West Mercia Police have also launched a criminal inquiry.

Hospital bosses at scandal-hit Shrewsbury and Telford Hospital Trust were more concerned with reputational management than addressing patient safety concerns in its maternity department, according to a new NHS investigation.

Families harmed by poor care at the trust have called for chairman Ben Reid to resign after the report by NHS England revealed how senior figures in the trust, including the former chief executive, tried to soften a report into maternity services that raised serious concerns over safety.

Today’s NHS report found former chief executive Simon Wright would not accept the original RCOG review adding: “it seems that the trust’s response at this stage was driven primarily by concerns about the impact of publishing the report in its current form. In particular, the trust was worried about the potential public and media reaction.”

It added while an update report might be a reasonable step, a single meeting away from the hospital would be “limited” in its usefulness.

It added: “Our view is that the primary purpose of the follow up exercise from the trust’s perspective was to mitigate the perceived adverse impact of publishing the initial report.”

It said the positive addendum was “overwhelmingly positive in tone” with “The overall result was a document that gave the impression that issues in the maternity service had been largely resolved, when in fact there was significant further work to do.

It also revealed a lack of scrutiny and probing by members of the board saying that while board members were kept informed about the report they “could have challenged the approach or timelines, but did not.”

“We are surprised that, notwithstanding the report still being in draft, the minutes do not show the board enquiring as to the key findings of the review and any immediate action that was required as a result. The report raised patient safety concerns, but these were not recorded as having been discussed. The focus appeared instead to be on how the report should be handled and the potential media and public interest.”

It said governance arrangements “were not operating effectively” and warned: “We are concerned by the apparent lack of ongoing scrutiny of the actions designed to address RCOG’s recommendations, particularly given that they referenced patient safety issues in their report.”

Of an initial 37 actions, the trust has addressed 22, with 11 only partially achieved and 4 not achieved.

Richard Stanton, whose baby daughter Kate died from avoidable mistakes by trust staff in 2009, called on the trust chairman Ben Reid to resign.

He said: “The one thing that runs right the way through this new report is the sole intent was to put the trust’s reputation ahead of patient safety. Ben Reid is responsible, and I think his position is untenable. The report shows governance processes just weren’t working and even today recommendations to improve maternity have still not been implemented.”

Kayleigh Griffiths, whose daughter Pippa died in 2016 after midwives failed to spot an infection, said: “Anyone involved in this addendum report, including the chairman Ben Reid and Dr David Lee who chairs the safety committee, should step down and hang their heads in shame.

“If any deaths have happened after this, then they have blood on their hands.”

She said the NHS investigation showed there was a barrier between senior managers and staff on the frontline who raised concerns about care that managers then wouldn’t accept.

In a statement, Ben Reid, chair of the trust, said he accepted the findings and will act on the recommendations.

“Whilst the report states that the RCOG report was not withheld from the board, it is clear that internal scrutiny would have been improved if we had decided not to wait for the addendum to the report before placing it before the board and the quality and safety committee.

“Action plans were being produced within the trust but, without the oversight of the full governance process, that clearly wasn’t a robust enough response.

“We, as a trust, and I personally, have learnt a valuable lesson as to how we handle such reports in the future. I consider it my responsibility to take these lessons forward and ensure they are applied across the organisation.”

A spokesperson for the NHS added: “The trust will continue to take action, including working through these recommendations in full, to improve maternity services and while NHS Improvement continues to review their progress, it has also put in place additional measures so that the Trust can provide safer and improved care for patients and their families.” 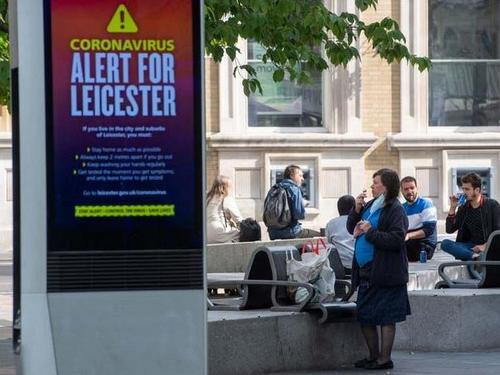