The findings will come as a boost for plans to roll out widespread vaccination, and alleviate fears that immunity against Sars-CoV-2 – the pathogen that causes Covid-19 – is short-lived.

Immunity against coronavirus lasts at least eight months – and could offer some form of natural protection for a number of years, a new study suggests.

Researchers at La Jolla Institute in California found that most people who have been infected with virus developed “robust” levels of immune cells that appeared to linger within the body in the months after recovering from Covid-19.

Although some of these cells appeared to fade away with time, the body retained the ability to “remember” the virus and produce the necessary response needed to prevent serious illness. This immunological memory could last for years, experts believe.

Researchers collected blood samples from 185 patients, aged between 19 and 81, who had tested positive for coronavirus early in the pandemic. Most of the group (92 percent) had only mild infections and never needed to be hospitalised.

The scientists tracked the activities of these individuals’ antibodies, B cells and T cells – all of which play a different role in the body’s immune system.

Analysis showed that the patients’ longer-term antibodies – known as immunoglobulin G (IgG) – were detectable within the body between six and eight months and only displayed “modest” declines, suggesting they could linger for a number of years.

T cells, which hunt down and kill other infected cells, were equally slow to decay, the study said.

Almost all of the patients developed B cells, responsible for the production of pathogen-specific antibodies, which will prove vital in stirring the body’s immunological memory to fight any future exposure to Sars-CoV-2.

These two immune cells play a particularly important role in “remembering” the virus and preventing the onset of serious illness when a person is reinfected with, or re-exposed to, the pathogen.

To date, there have been a handful of Covid reinfections confirmed across the world, and even fewer examples of where the severity of the disease has been more intense a second time around. Experts acknowledge that these cases are very rare.

Shane Crotty, a virologist at the La Jolla Institute of Immunology who co-led the new research, said that the immunological memory built up in the study’s patients suggested “this would likely prevent the vast majority of people from getting hospitalised disease, severe disease, for many years.”

However, according to Deepta Bhattacharya, an immunologist at the University of Arizona, there is emerging evidence that reinfections with common cold coronaviruses are a “result of viral genetic variations”, which may not be relevant to Sars-CoV-2.

The La Jolla Institute study meanwhile confirms that long-term protection against the virus is not solely dependent on antibody responses, but is driven by the various different components of the immune system.

Responding to the findings, Lawrence Young, a professor of molecular oncology at the University of Warwick, said: “This is an important study confirming the existence of immune memory to Sars-CoV-2 but with a degree of variation from person to person. This variation might be due to some individuals having had very low-level asymptomatic infection.

“The significant take home message is that the immune response to the virus is more long-lived than previously thought, and this lets us continue to hold hope that an effective vaccine will be able to induce sustained protective immunity.”

What is ‘fluid bonding’? 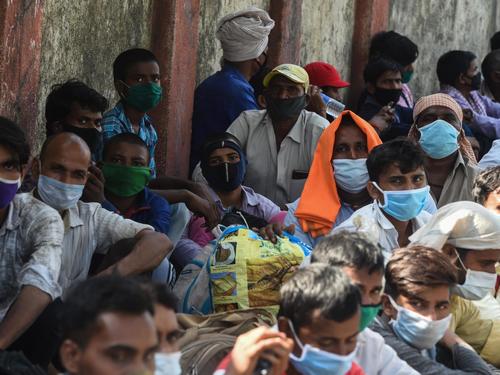