The inquiry’s final report, published today, said patients had been “dismissed, overlooked, and ignored” in some cases for decades and even now the system does not know the true scale of harm because data has not been properly collected.

Patients face harm from unsafe medicines and medical devices because the “disjointed, siloed, unresponsive and defensive” healthcare system “cannot be relied on” to identify safety risks, a landmark inquiry has warned.

In a devastating critique of the medical profession, the NHS, regulators, and private companies, an independent inquiry led by Baroness Julia Cumberlege concluded hundreds of women and children suffered life-changing avoidable harm from the continued use of vaginal mesh, epilepsy drug sodium valproate and hormone pregnancy test Primodos.

It could open the door to significant changes to the way medicines and devices are regulated and lead to greater compensation for patients when things go wrong.

Former health secretary Jeremy Hunt, who ordered the inquiry in 2018, told The Independent: “This report should be a powerful wake-up call that our healthcare system is still too closed, defensive and focused on blame rather than learning lessons.”

Baroness Cumberlege is calling for widespread changes to the way medical devices are regulated as well as an overhaul of existing bodies and demanding greater transparency over the financial interests of doctors and the conflicts of interest between staff working for regulators and industry.

The inquiry has demanded the creation of a new patient safety commissioner to be independent of the NHS and have legal powers to highlight safety concerns.

The inquiry heard evidence from more than 700 people, mostly women (often accompanied by family members), about the harm caused by three medical interventions.

Women who had surgery to insert surgical mesh have been left with permanent damage and pain with some confined to wheelchairs and crutches to move around. Women who took sodium valproate while pregnant had children who were left severely deformed or disabled and needing constant care.

With hormone pregnancy test drug Primodos, which was withdrawn in 1978, women could suffer miscarriages and give birth to deformed babies.

It is estimated around 20,000 babies could have been left disabled by sodium valproate while a 2018 audit for the NHS showed that since 2008 there were 2,639 surgeries to remove surgical mesh from women.

The Cumberlege inquiry said in all three cases victims had suffered “life-changing consequences” but the system had no idea of the true scale of the problem, who was affected and where the children, now adults, were and what support they needed.

The inquiry said: “All that we have heard leads us to conclude the system is not safe enough for those taking medications in pregnancy or being treated using new devices and techniques. Patients are being exposed to a risk of harm when they do not need to be. And, while we have looked in detail at only three interventions, we have heard nothing that would lead us to believe that things are different for other surgical procedures and devices or other medications.”

It said the inquiry had exposed “systemic failings”, adding: “That the healthcare system itself failed to do so suggests that it has either lost sight of the interests of all those it was set up to serve or does not know how best to do this.

“The NHS is funded by the taxpayer for the benefit of all of society – current and future. Patients have been affected adversely by poor or indifferent care, have suffered at the hands of clinicians who do not, or who chose not to listen, and have been abandoned by a system that fails to recognise and then correct its mistakes at the earliest opportunity.

“At times patients have been denied their fundamental right to have the information they need to make fully informed choices. These patients should not have to campaign for years or even decades for their voices to be heard. Patients should not have to find the evidence to say whether the treatments they are being offered are safe and will leave them better off than before. They should not have to join the dots of patient safety. But when they do just that, they deserve to be listened to with respect.”

Baroness Cumberlege said: “I have conducted many reviews and inquiries over the years, but I have never encountered anything like this; the intensity of suffering experienced by so many families, and the fact that they have endured it for decades. Much of this suffering was entirely avoidable, caused and compounded by failings in the health system itself.”

The inquiry has made wide-reaching recommendations to improve the system and ensure affected families receive support and that changes are made to prevent similar failings from happening again.

The main recommendations include:

Responding to the report, health minister Nadine Dorries said: “I want to pay tribute to the patients and families whose lives have been turned upside down by mesh, sodium valproate and Primodos and to thank them for their brave contributions to this report. Their experiences make for harrowing but vital reading and have left me determined to make the changes that are needed to protect women in the future.

“Our health system must learn from those it has failed, ensure those who have felt unheard have a voice and ultimately, that patients are better protected in future. We will now give this independent review the full and careful consideration it deserves before setting out our full response.” 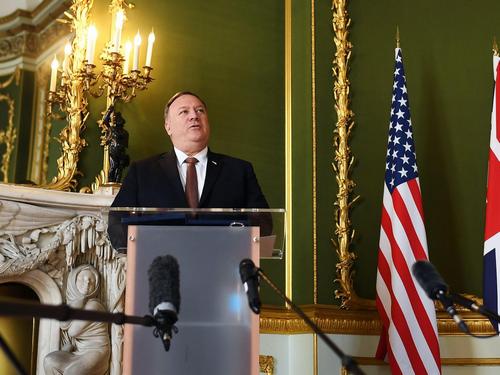 How classical music could reinvigorate your exercise regime