People who eat lots of vegetables, fish and olive oil have 15 percent less of the protein beta-amyloid, which can stick together to form plaques in the brain that are linked to Alzheimer’s disease, a US study found.

Just three years of following a Mediterranean diet also preserves brain activity, which could postpone Alzheimer’s onset by three-and-a-half years, according to the researchers.

Professor Ralph Martins, from Edith Cowen University, Joondalup, Australia, who was not involved in the study, believes lifestyle has a huge role to play in Alzheimer’s onset, with medication often being unsuccessful if taken when the brain is already damaged.

Previous research suggests the anti-inflammatory properties of staple Mediterranean foods, such as oily fish and vegetables, may prevent dementia by stopping blood-vessel damage in the brain.

Aerobic exercise such as walking and running may halt dementia by preventing the brain from shrinking, research suggested in November 2017.

Being active several times a week maintains the size of the region of the brain associated with memory, a study found.

Known as the hippocampus, this region is often one of the first to deteriorate in Alzheimer’s patients.

Lead author Joseph Firth from the Western Sydney University, said: ‘When you exercise you produce a chemical called brain-derived neurotrophic factor (BDNF), which may help to prevent age-related decline by reducing the deterioration of the brain.

‘In other words, exercise can be seen as a maintenance programme for the brain.’

The scientists, from the universities of Western Sydney and Manchester, analysed 14 studies with a total of 737 participants.

The participants were aged between 24 and 76, with an average age of 66.

They were made up of healthy individuals, Alzheimer’s patients and people with mental health problems, such as depression and schizophrenia.

Scans of the participants’ brains were investigated before and after completing exercise, such as walking or treadmill running.

The exercise programmes lasted between three months and two years, with participants completing two to five sessions a week.

Speaking of the current study, Professor Martins argues a Mediterranean diet likely delays dementia’s onset by more than three-and-a-half years based on his research in 1,100 people over 12 years.

He told the New Scientist: ‘We clearly saw that those who adhered strongly to the Mediterranean diet had significantly less beta-amyloid in their brains.’

Their dementia status and diets were assessed at the start of the study and at least two years later.

Of the participants, 34 followed the Mediterranean way of eating.

The findings were published in the journal Neurology.

Alzheimer’s will be as manageable as HIV within 10 years

This comes after award-winning scientists predicted last March that Alzheimer’s will be as manageable as HIV within 10 years.

Future dementia treatments will be taken before the condition develops to prevent symptoms rather than attempting to reverse them, according to Professor Michel Goedert, who was involved in discovering the importance of protein plaques in Alzheimer’s onset.

Professor Goedert, from the University of Cambridge, added: ‘Alzheimer’s will become something like HIV.

‘It’s still there but it has been contained or whittled down by drug treatments.

‘It will disappear as a major problem from society.’ 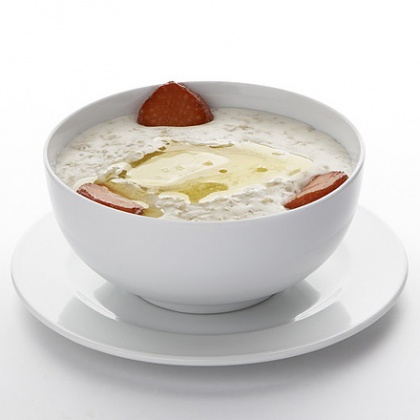 What you need to eat in the morning to be healthy