You could say Taylor Jamerson was destined for a career in the medical profession.

Until then, she’ll be busy working with the Frankel Cardiovascular Health Improvement Project (CHIP), often alongside her father, Kenneth Jamerson, M.D., in his hypertension clinic at Domino’s Farms in Ann Arbor, Michigan.

The goal of CHIP is to learn more about people with aortic diseases and other cardiovascular conditions through collecting and analyzing blood and clinical data, including medical and family history, from patients.

Taylor’s work recruiting patients for CHIP goes hand in hand with her interest in health disparity research, which was ignited and cultivated by Frankel Cardiovascular Center Director Kim Eagle, M.D. Taylor studied molecular approaches to health disparities while attending the University of Pennsylvania and last summer at Trinity College in Dublin.

From an early age, Taylor has been interested in how minority health care is approached. It’s an area she’d like to pursue in her medical career, though she isn’t sure about her area of specialty. “I’m keeping my options open,” she says.

“My involvement with CHIP is a great opportunity for me to expand my research efforts on minority health,” Taylor says, noting that work takes her to Frankel clinics that treat aortic disease, heart failure and hypertension to recruit patients for the research study.

“My dad has a large and diverse patient population,” she says, adding that “working here has helped me increase the number of minorities participating in CHIP.”

Medicine in the family

Taylor’s work has also opened the door to new perspectives on her father and vice versa.

“I am moved to hear from his patients about the care and compassion he provides and trust they have in him,” Taylor says. “When one of my dad’s patients realized we had the same last name and made the connection, I got a big hug from him.”

Jamerson’s admiration for his daughter is mutual.

“It’s a very special feeling to see her as knowledgeable and professional. She’s doing her job and is doing it well. She is competent and confident,” he says, saying proud doesn’t begin to describe how he feels about his daughter’s accomplishments.

Taylor says she’s looking forward to the traditional white coat ceremony, where she’ll be given her coat to mark the beginning of medical school. It will be that much more rewarding, she says, because her dad will present her with the coat – a small act that will hold great meaning for this family focused on medicine.

Follow these 4 simple steps to improve your heart health 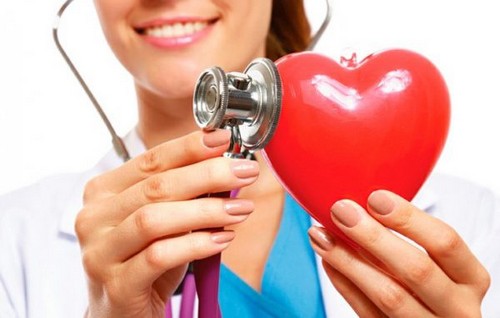 Prevention of vessels – the best protection against stroke. Causes of stroke.