Eddie Craig was only 25 when his life took a drastic and unexpected turn.

In April 2015, while on the job as a security guard, Craig felt run-down and short of breath. Later in his shift, Craig’s co-workers recommended he go home to rest.

Instead, Craig drove to an emergency room near his home in Detroit. He was diagnosed with pneumonia and admitted for treatment.

When his symptoms didn’t improve, doctors performed more tests and made a far different discovery: Craig was experiencing congestive heart failure due to a form of cardiomyopathy known as nonischemic dilated cardiomyopathy (DCM).

DCM is a condition in which the heart becomes enlarged and can’t pump blood efficiently to the rest of the body. This decreased heart function can affect the kidneys, lungs, liver and other body systems.

Unable to provide the necessary care, doctors referred Craig to the University of Michigan Frankel Cardiovascular Center, where his life-threatening cardiomyopathy was confirmed.

After an evaluation, the cardiology team determined Craig was a candidate for a ventricular assist device (VAD).

How a VAD works

A VAD is a mechanical circulatory support therapy, or heart pump, used in patients with advanced heart failure who meet certain medical criteria.

“Patients who are eligible for a VAD have advanced heart failure that does not improve with medical therapy,” says Rena Lucier, R.N., a VAD coordinator at the Frankel Cardiovascular Center.

“Often, the patients we see referred for a VAD are unable to carry out basic activities for daily living such as bathing and dressing themselves,” Lucier says. “They are unable to walk even short distances before having to stop and catch their breath.”

VADs help to pump blood from the left ventricle (the left lower chamber of the heart) into the aorta, the main vessel that carries blood from the heart to the rest of the body.

Implanted inside the body, the pump is connected to a cord known as a “driveline” that exits through a small site in the abdomen. The driveline is connected to a small computer, called the controller, which is attached to batteries and runs the pump.

A VAD can be used in two ways: as a bridge to heart transplant in patients who meet the qualifications for a transplant but need temporary support to survive until a donor heart becomes available, and as destination therapy for patients with advanced heart failure who may not be eligible for a heart transplant.

As destination therapy, VADs are implanted permanently as long-term support to extend a patient’s life.

Despite feelings of fear and uncertainty, Craig knew a VAD was his only hope for survival until a suitable heart could be found.

The VAD was implanted in February 2016. Craig, now 27, has since learned to live with the device.

“The U-M team did a wonderful job explaining my VAD, so I was confident that I could manage it after leaving the hospital,” he says. “At first, I was depressed because of my new reliance on the device, but as time went on I appreciated that it was keeping me alive.”

He is grateful for a second chance at life. And he’s keeping a positive attitude during the wait.

Says Craig: “I know I made the right choice.” 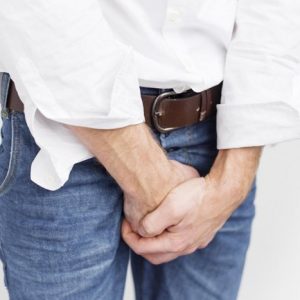