The aortic valve in a typical healthy heart has three flexible “leaflets” that open and close to send oxygen-rich blood on a one-way route from the heart to the aorta.

But a person with a bicuspid aortic valve has only two leaflets (also known as flaps or cusps). This can lead to life-threatening problems.

The most common congenital heart condition, bicuspid aortic valve disease affects about 1 to 2 percent of the population, says Bo Yang, M.D., an assistant professor of cardiac surgery at the University of Michigan Frankel Cardiovascular Center.

The condition, which is twice as likely to develop in men, might go unnoticed for years in some patients.

“It affects the function of the valve,” Yang says. “And it doesn’t cause many symptoms until it gets so severe it causes heart failure.”

No matter when the condition is discovered, it requires close monitoring – and, at some point, corrective measures.

Yang answered some questions he frequently receives from patients:

It is thought to be inherited, according to the Bicuspid Aortic Foundation, but not everyone in a family will have it. And it may skip a generation, which is why extended relatives should be aware of their family’s health history.

Blood passing through a bicuspid valve may make an unusual sound, known as a murmur, when a doctor listens to a patient’s heart. This will lead to tests such as an echocardiogram that can confirm whether a bicuspid valve is present (although it can also occur without a murmur).

Otherwise, “most times, patients don’t even know they have it,” says Yang. Signs of trouble may surface only after a serious related health problem arises with side effects such as shortness of breath, chest pain and fatigue.

What are the risks?

Dangers include aortic valve stenosis and aortic valve insufficiency – which could occur separately or together.

The former occurs when the two leaflets, because of the buildup of calcium deposits, lose their ability to open widely enough, which forces the heart to work harder to push blood through a narrow valve. The latter happens when the leaflets don’t close properly, allowing blood to leak back into the heart, also making it work harder and inefficiently

Another risk is associated thoracic aortic aneurysm, which frequently involves the aorta close to the heart at the front chest. Yang says the danger of the aneurysm is dissection and rupture, which could be fatal.

Can it be treated?

“There is no magic medical treatment; the only treatment is surgery,” Yang says. An aortic valve repair or replacement may occur, depending on a person’s condition. If the quality of the valve leaflets is good, repair is possible. But it is unknown how long the repaired valve can last without significant leaking.

Replacements use either an animal tissue-based (bioprosthetic) or a mechanical product. If a patient also has a related aneurysm, replacement of the aortic valve and repair of the aortic aneurysm may occur.

Patients with aneurysm but a normal functioning bicuspid aortic valve may need surgery when the aneurysm is larger than 5 to 5 1/2 cm, even without symptoms. Less-severe cases with small aneurysms (of 5 cm or less) may receive yearly monitoring from a cardiologist instead of surgery, Yang says.

Does it affect life expectancy?

Not necessarily. “There are studies showing that after replacement surgery, the life expectancy is the same as the general population,” Yang says. Still, there are factors to consider. People who receive a mechanical valve will need to take blood thinners indefinitely. Risks of infection and stroke are also in play.

A bioprosthetic replacement might last only 10 to 15 years before it must be replaced again. And a repaired bicuspid aortic valve has a risk of a reoccurrence of leaking, which may demand another operation. 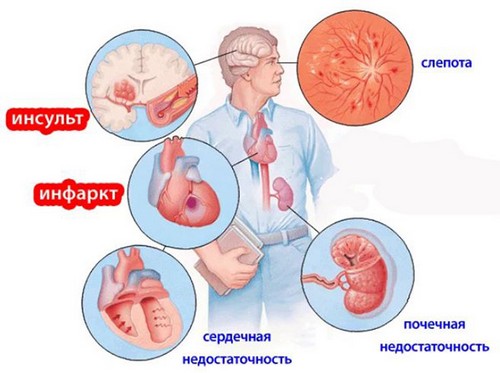 8 main symptoms of high blood pressure in women and men

Is butter bad for you?