When Dan Kwiatkowski became certified as a first responder for his job as an engineer working in remote regions, he never dreamed he’d use his skills to save the life of his young wife.

But that’s exactly what happened in August when 37-year-old Wendy Kwiatkowski went into cardiac arrest in the family’s home in Livonia, Michigan.

Fortunately, Dan was in the adjoining room and heard her collapse. He immediately began CPR as one of the couple’s three daughters helped dial 911.

Within minutes, emergency responders arrived. Wendy was alive and breathing, thanks to the quick action of her husband. The emergency team took over, using an automated external defibrillator, or AED, to shock Wendy’s heart three times before they arrived at a hospital.

When her oxygen level continued to drop and doctors discovered her condition was beyond their expertise, Wendy was airlifted to the University of Michigan Frankel Cardiovascular Center in Ann Arbor

Wendy had been previously diagnosed with premature ventricular contractions (PVCs), or extra abnormal heartbeats that begin in one of the heart’s two lower pumping chambers, but she had no other heart problems. The high school dance instructor says she was enjoying a stress-free summer day with no symptoms or warning signs when she went into cardiac arrest.

Cardiac arrest occurs when the heart malfunctions and stops beating unexpectedly. It can be reversible in some victims if treated within a few minutes with CPR and an AED. But about 90 percent of people who have out-of-hospital cardiac arrest die, according to the American Heart Association.

CPR, if performed immediately, can double or triple a cardiac arrest victim’s chance of survival.

“It’s critical to identify the root cause of the abnormal rhythm for future clinical treatment and for potential inherited causes, particularly in individuals like Wendy who experience cardiac arrest at a young age,” says Wendy’s physician, Frankel cardiologist Adam Helms, M.D.

“All of Wendy’s testing at this point shows that she has a normally functioning heart muscle. We are investigating a possible link with her frequent PVCs, which are not typically associated with dangerous heart rhythms.”

Genetic testing may also be helpful in cases like Wendy’s, Helms says, as inherited arrhythmia or heart muscle conditions, such as hypertrophic cardiomyopathy or dilated cardiomyopathy, can affect family members differently and may be overlooked. Testing can also identify other family members who may be at risk but may not have symptoms.

In the meantime, Wendy has protection from an implantable cardioverter defibrillator that was implanted during her initial hospital stay to protect her from future arrhythmias.

“Wendy was extremely fortunate that her husband had been trained in CPR. Their story is a reminder of the critical importance of CPR training in the general community,” says Helms. “Early defibrillation with an AED by emergency responders was the other key that led to Wendy’s survival.”

AEDs are now available in many schools and public areas and are designed to be easy to use by almost anyone, Helms says.

Wendy says she feels blessed that her husband, whom she calls her “humble hero,” was there to perform CPR. She and her family have become advocates for CPR and AED training. Dan has started a campaign at work to promote training, and the couple’s daughters, ages 9, 7 and 5, have talked about the lifesaving aspect of CPR at school.

“We all appreciate the value of knowing CPR,” says Wendy, who was committed to getting back to teaching within weeks of her cardiac arrest. As fate would have it, she’s teaching a health class this semester and plans to introduce her students to CPR training.

“I thought if I survived this, I should do something positive,” she says. After Aortic Dissection and Intense Surgery 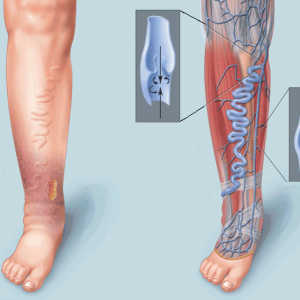 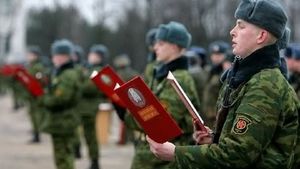 Mitral valve prolapse 2nd degree with a regurgitation, the possibility of military service