A lot has changed since one man’s near-fatal cardiac arrest. The biggest shift: volunteering with the cardiac rehabilitation program that saved his life.

Greg Merritt thinks he’s “one of the luckiest guys around.” It’s hard to argue that point with him.

Nearly six years have passed since the Brighton, Michigan, resident suffered a cardiac arrest at age 46. He survived, thanks to his wife, Michele, and to fate.

Today, his life has taken a new direction with a strong focus on the importance of cardiac rehab and of patients becoming equal partners in their own health care.

As a volunteer co-leader with Michigan Medicine’s Cardiac Rehabilitation Program, he advocates that all heart patients take the vital step of enrolling.

“With cardiac disease being the No. 1 cause of death in the United States,” Greg says, “we need to ask ourselves why only 1 in 5 patients enrolls in a rehab program – and far fewer complete a program – when the evidence is so compelling that it works.”

According to the American Heart Association, cardiac rehabilitation reduces the risk of a future cardiac event by stabilizing, slowing or even reversing the progression of cardiovascular disease.

Greg is living proof of these benefits.

Greg awoke on Feb. 25, 2012, complaining of heartburn, acknowledging he had also experienced it the day before. His wife, a veterinary oncologist, suspected it might be more than that, especially since Greg had a strong family history of heart-related issues experienced at an early age.

Brushing off the need for an ambulance, Greg agreed to go to the University of Michigan emergency room. As Michele drove to Ann Arbor, her husband of 16 years went into cardiac arrest. Michele recalls her fear as she sped to the hospital, praying she’d get there in time.

“He put his head back, and he was white as a ghost and was sweating profusely,” she says. “Having a medical background, I knew exactly what was happening. I knew he was going into cardiac arrest.”

Once they arrived, a cardiac team worked to resuscitate Greg without success. The team made one more attempt at Michele’s request, and Greg’s heart responded. He was immediately taken to the U-M Frankel Cardiovascular Center, where interventional cardiologist Stanley Chetcuti, M.D., inserted two stents to open his blocked arteries.

Four days later, Greg was home recuperating, and the next month he began cardiac rehab. Greg says the program, which consists of meeting three days a week for exercise, conversation and motivation, was a safe haven as he got to know others who were going through similar recoveries.

“I met a great group of people who shared the same type of experience and fears,” he says. “It was comforting to know that you can get back to exercise in a safe environment.”

A change of heart

Greg, who has a doctorate in higher adult and lifelong education, was a senior associate director for housing at U-M.

Happy and healthy, Greg thought he had found his calling, but his health scare proved otherwise.

Today, at 52, he’s an outspoken promoter of the benefits of cardiac rehab. He is also founder and owner of PatientisPartner.com, which promotes patient involvement in their health care.

His message is the same in both pursuits.

“If you or a loved one has a cardiac event, it’s important to talk with your health team about your eligibility for cardiac rehab,” he says.

As part of his role at U-M, Greg is working to shift the focus away from paperwork to a more patient-centered approach where cardiac rehab participants share their health experiences with one another from day one.

“We want to build a sense of community,” he says. “Hearing the stories of others lets new patients know they can graduate from the program and live a healthy life.” What Heart Disease Patients Should Eat 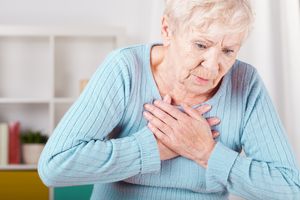 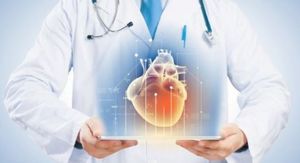 Symptoms of paroxysms of supraventricular tachycardia, their ECG characteristics, and treatment