When atrioventricular block I degree, occurring without clinical manifestations, only dynamic observation is possible. If AV blockade is caused by medication (cardiac glycosides, antiarrhythmic drugs, β-blockers), a dose adjustment or complete cancellation is necessary.

In case of AV blockade of cardiac genesis (in case of myocardial infarction, myocarditis, cardiosclerosis, etc.), a course of treatment with β-adrenergic stimulants (isoprenaline, orcyprenaline) is carried out, and further implantation of a pacemaker is indicated.

Isoprenaline (sublingually), atropine (intravenously or subcutaneously) are first-aid drugs for the relief of Morgagni-Adams-Stokes attacks. With symptoms of congestive heart failure, diuretics are prescribed, cardiac glycosides (with caution), vasodilators. As a symptomatic therapy for the chronic form of AV blockades, treatment is carried out with teofillin, belladonna extract, nifedipine.

A radical method of treating AV blocks is to install a pacemaker (ECS), restoring normal rhythm and heart rate. The indications for endocardial EX-implantation are the presence of a history of Morgagni-Adams-Stokes seizures (even a single one); ventricular rate less than 40 per minute and asystole periods of 3 seconds or more; AV blockade of the II degree (II type of Mobitz) or III degree; complete AV block, accompanied by angina pectoris, congestive heart failure, high arterial hypertension, etc. To decide the question of surgery, consult a cardiac surgeon.

At the base of the atrioventricular blockade is the slowing down or complete cessation of the passage of the pulse from the atria to the ventricles due to the defeat of the AV node itself, the bundle of His or the legs of the bundle of His. At the same time, the lower the lesion level, the harder the manifestations of the blockade and the unsatisfactory prognosis. The prevalence of atrioventricular block is higher among patients with concomitant cardiopathology. Among persons with heart disease, AV-blockade I degree occurs in 5% of cases, II degree – in 2% of cases, III degree AV-blockade usually develops in patients older than 70 years. Sudden cardiac death, according to statistics, occurs in 17% of patients with complete AV-blockade.

The atrioventricular node (AV node) is part of the cardiac conduction system, ensuring consistent reduction of the atria and ventricles. The movement of electrical impulses from the sinus node slows down in the AV node, making it possible to reduce the atria and force blood into the ventricles. After a short delay, the impulses propagate along the bundle of His and his legs to the right and left ventricles, contributing to their excitation and contraction. This mechanism provides alternate reduction of atrial and ventricular myocardium and maintains stable hemodynamics.

Atrioventricular (atrioventricular) blockade (AV-blockade) is a violation of the conduction function, expressed in slowing down or stopping the passage of an electrical impulse between the atria and ventricles and leading to heart rhythm and hemodynamics. AV-blockade may be asymptomatic or accompanied by bradycardia, weakness, dizziness, strokes and loss of consciousness. Atrioventricular block is confirmed by electrocardiography, Holter ECG monitoring, EFI. Treatment of atrioventricular block may be medication or cardiac surgery (pacemaker implantation).

Depending on the level at which the violation of the electric impulse develops, proximal, distal and combined atrioventricular blockade are isolated. In proximal AV blockade, the conduction of the impulse can be disturbed at the level of the atria, the AV node, the trunk of the His bundle; distal – at the level of the branch lines of the His; when combined – there are observed multilevel conduction disturbances.

Given the duration of development of the atrioventricular block, its acute (in myocardial infarction, drug overdose, etc.), intermittent (intermittent – in ischemic heart disease, accompanied by transient coronary insufficiency) and chronic forms are distinguished.

According to electrocardiographic criteria (deceleration, periodicity, or complete absence of impulse conduction to the ventricles), there are three degrees of atrioventricular block:

Reasons for the development of AV-blockades

According to etiology, functional and organic atrioventricular blocks are distinguished. Functional AV-blockade due to increased tone of the parasympathetic division of the nervous system. Atrioventricular block I and II degree in isolated cases observed in young physically healthy individuals, trained athletes, pilots. Usually it develops in a dream and disappears during physical activity, which is explained by increased activity of the vagus nerve and is considered as a variant of the norm.

AV-blockades of organic (cardiac) genesis develop as a result of idiopathic fibrosis and sclerosis of the cardiac conduction system in its various diseases. The causes of cardiac AV blockade may be rheumatic processes in the myocardium, cardiosclerosis, and syphilitic heart disease, interventricular septum infarction, heart defects, cardiomyopathy, myxedema, diffuse diseases of the connective tissue, myocarditis of various genesis (autoimmune, diphtheria, and, cardiac tumors, etc. With cardiac AV blockade, partial blockage may be observed at first, however, as cardiopathology progresses, blockade of stage III develops. eni

The congenital form of the atrioventricular blockade (1:20 000 newborns) is quite rare in cardiology. In the case of congenital AV blocks, there are no areas of the conduction system (between the atria and the AV node, between the AV node and the ventricles or both legs of the His branch) with the development of an appropriate level of blockade. In a quarter of newborns, atrioventricular blockade is combined with other congenital abnormalities of the heart.

The nature of the clinical manifestations of atrioventricular blockade depends on the level of conduction disturbance, the degree of blockade, etiology and severity of concomitant heart disease. Blockages that have developed at the level of the atrioventricular node and do not cause bradycardia do not manifest themselves clinically. The AV-blockade clinic with this topography of violations develops in cases of severe bradycardia.

Because of the low heart rate and the fall of the heart’s minute blood flow during physical exertion, these patients have weakness, shortness of breath, and sometimes angina attacks. Due to a decrease in cerebral blood flow, dizziness, transient sensations of confusion and fainting can be observed.

When atrioventricular block II degree, patients feel the loss of the pulse wave as interruptions in the heart area. When AV-blockade type III, there are attacks of Morgagni-Adams-Stokes: slowing pulse to 40 or less beats per minute, dizziness, weakness, blackening in the eyes, short-term loss of consciousness, pain in the heart, facial cyanosis, possibly convulsions. Congenital AV blockade in patients of childhood and adolescence may be asymptomatic.

Complications of atrioventricular blockages are mainly due to a pronounced slowing of the rhythm, which develops against the background of an organic lesion of the heart. The most common course of AV blockade is accompanied by the appearance or aggravation of chronic heart failure and the development of ectopic arrhythmias, including ventricular tachycardia.

The course of complete atrioventricular block may be complicated by the development of Morgagni-Adams-Stokes attacks associated with brain hypoxia as a result of bradycardia. The onset of an attack can be preceded by a sensation of heat in the head, bouts of weakness and dizziness; during an attack the patient turns pale, then cyanosis and loss of consciousness develops. At this point, the patient may need to perform an indirect massage of the heart and mechanical ventilation, as long-term asystole or the addition of ventricular arrhythmias increases the likelihood of sudden cardiac death.

Repeated episodes of loss of consciousness in elderly patients can lead to the development or aggravation of intellectual and mental disorders. Less commonly, AV-blocking may develop arrhythmogenic cardiogenic shock, more often in patients with myocardial infarction.

In conditions of insufficiency of blood supply during AV-blockades, phenomena of cardiovascular insufficiency (collapse, syncope), exacerbation of coronary heart disease, and kidney diseases are sometimes observed.

When assessing the patient’s history in case of suspected atrioventricular block, the fact of myocardial infarction, myocarditis, other cardiopathologies, medications that violate atrioventricular conductivity (digitalis, β-blockers, calcium channel blockers, etc.) is found out.

During auscultation of the heart rhythm, the correct rhythm is heard, interrupted by long pauses, indicating the loss of ventricular contractions, bradycardia, the appearance of the Strazhesko cannon I tone. An increase in the pulsation of the cervical veins in comparison with the carotid and radial arteries is determined.

Daily monitoring of ECG on Holter with AV-blockade allows you to compare the patient’s subjective sensations with electrocardiographic changes (for example, fainting with severe bradycardia), assess the degree of bradycardia and blockade, the relationship with the patient’s activity, medication, determine the presence of indications for implantation of a pacemaker, etc.

By conducting an electrophysiological study of the heart (EFI), the topography of the AV block is specified and the indications for its surgical correction are determined. With the presence of concomitant cardiopathology and for its detection during AV blockade, echocardiography, MSCT, or MRI of the heart are performed.

Additional laboratory tests for AV blockade are indicated in the presence of comorbid conditions and diseases (determination of the electrolyte level in blood during hyperkalemia, the content of antiarrhythmics during overdose, the activity of enzymes in myocardial infarction).

Prognosis and prevention of AV blockades

The impact of the developed atrioventricular blockade on the patient’s future life and working capacity is determined by a number of factors and, above all, the level and degree of blockade, the underlying disease. The most serious prognosis for grade III AV-blockade: patients are disabled, the development of heart failure.

Complicating the prognosis is the development of distal AV-blockades due to the threat of complete blockade and a rare ventricular rhythm, as well as their occurrence in the background of acute myocardial infarction. Early implantation of a pacemaker can increase the life expectancy of patients with AV-blockades and improve their quality of life. Complete congenital atrioventricular blockade prognostically more favorable than acquired.

As a rule, atrioventricular blockade is caused by the underlying disease or pathological condition, therefore, its prevention is the elimination of etiological factors (treatment of cardiac pathology, elimination of uncontrolled intake of drugs that affect the conduction of impulses, etc.). For the prevention of exacerbation of the degree of AV-blockade, an implantation of a pacemaker is indicated. 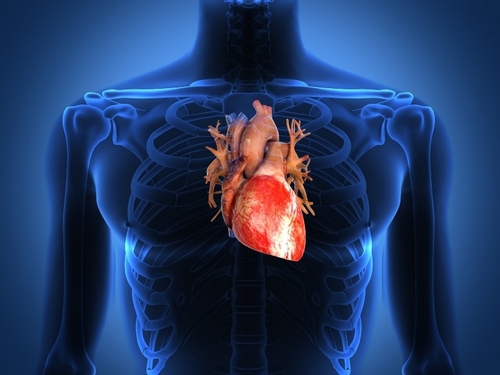 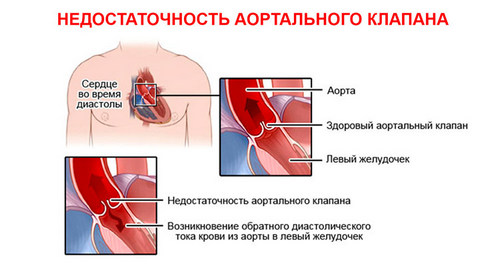 3 thoughts on “Treatment of atrioventricular blockades”