Heart scans, otherwise known as CT Coronary artery calcium scans, take a rapid scan of the heart. The test looks for the buildup of calcium in each major coronary artery. Based on the amount of calcium present, doctors can better understand the risk of a patient having a serious cardiac event in the future – such as a major heart attack.

Laura Detweiler has a family history of high cholesterol and spent years on and off medication. She lost her grandfather and dad to heart attacks when both men were still in their forties, but she stayed relatively healthy. Her mom had encouraged her to get a heart scan for years, but Detweiler put it off.

Then she heard she could get the test done for only $49.

Detweiler got a call less than two hours after her scan. She knew that wasn’t a good sign. 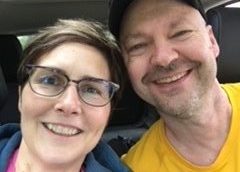 Only a few days later, Detweiler was potting some plants in her backyard when she started to feel her heart skipping. At first, she didn’t think too much of it. But the next day, she knew something was wrong.

“I started to feel worse again and feel this impending sense of doom,” said Detweiler. “I know that if I didn’t have that scan I wouldn’t have gone to the hospital. I would have just waited.”

Detweiler rushed to the emergency department at Aurora Medical Center – Washington County, where the team confirmed she was having a mild heart attack. After the cardiologist did the catheterization, she found out she needed a six-vessel bypass and was able to have the procedure the next day at Aurora St. Luke’s Medical Center.

“The calcium score from a heart scan can be a major motivator to adopt the preventive strategies most important for someone,” said Dr. Steven Port, cardiologist at Aurora St. Luke’s. “Having a positive scan helps people stick to lifestyle and medication changes.”

Detweiler truly believes she would have ignored her symptoms if she hadn’t had the scan a few days before.

“Thankfully, I didn’t wait too long,” said Detweiler. “I probably would have been on cholesterol medication for a long time if I knew how serious this was. It’s another piece to the puzzle so that you can start to try changing your lifestyle then and talk to your doctor.”

Understanding your risk factors can help you and your doctor create a plan to intervene and prevent increasing your risk in the future.

“The bottom line here is that the score may detect the early stages of coronary artery disease, giving a person adequate time to ‘change their fate,’” said Dr. Port.

The link between arthritis and your heart 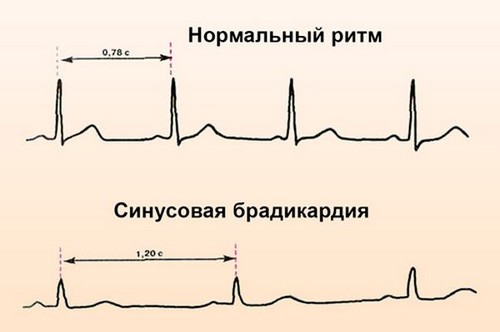 What is sinus bradycardia heart, what are its causes, symptoms, and whether you want to treat?