Communicable disease prevention and control at all times and among all peoples is the most serious problem.

Euphoria 50-70-ies of the 20th century about a successful fight against infection and complete elimination of some of them was premature. Only one infectious disease – smallpox – can be considered conditionally liquidated on the planet, but despite almost twenty years of lack of its official registration, the virus of the causative agent is maintained in several laboratories, and a layer of non-immune people is very significant and constantly increasing.

On the other hand, an increasing number of new, previously unknown to science infections. If in 50 years there were about 1000 infectious diseases, currently more than 1 500. Hence the emergence of new diseases (AIDS, Lyme disease, legionellosis, etc.). The fight against infectious diseases is far from complete, and today, when the rise of resistance (immunity) to antimicrobial agents worldwide, we are in danger and need to come to grips with this problem. The growth of world trade and tourism and population migration also contribute to the rapid spread of resistant microorganisms to other countries and on other continents.

All vaccinations give more than 75% protection from disease infection, and even if a person is sick – a disease is easier and does not cause serious complications. In some cases, the effectiveness of vaccination is 100%, for example, vaccination against rubella. Almost 100% efficiency is obtained and vaccinations against polio, tetanus, Haemophilus influenzae.

THE PROTECTION WHICH VACCINATION GIVES (FROM INFECTION AND FOR COMPLICATIONS)

Levels of prevention of disease or serious complications with vaccines are quite large – much more than protection from serious injury when driving a motorcycle and car with all safety rules.

COMPARISON OF PROTECTION LEVELS, THE USUAL MEANS OF VACCINES

A helmet can protect a rider from brain injury only half of the cases, and the seat belt in the car only 67% will protect passengers and the driver from serious injury. The protective function of vaccines is significantly higher. Any of the presented in the diagram, the vaccination provides protection against relevant diseases and complications in the course of the disease is not less than 80%.

Each disease has its own characteristics, so in some cases, vaccinations, primarily aimed at reducing mortality from the disease and others to prevent dangerous complications and the creation of conditions for mild forms of the disease. In the end, on one scale you can put the undoubted benefits of vaccination in the prevention of infection of dangerous infectious diseases, and the other is a big risk of developing serious complications from disease or death. This table clearly shows, what is the possibility of Contracting a particular disease, you can see the complications that causes each disease, the percentage of deaths from disease and quantitative indicators of the effectiveness of the vaccinations against infection and for complications. 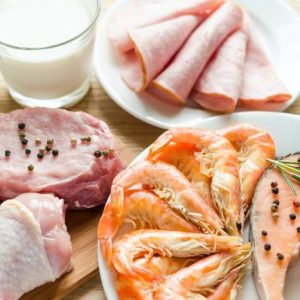 Tuberculosis of the pancreas: risks and recovery prospects 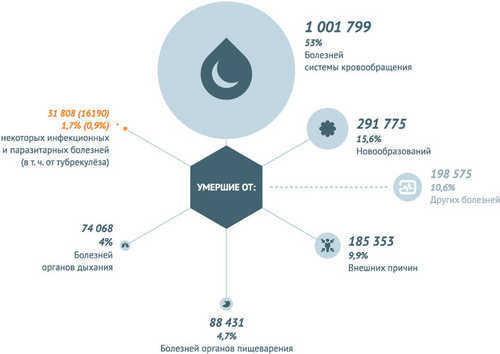 Mortality and morbidity from infectious diseases in the world

One thought on “Why take the risk when you can protect?”