Currently there are only 15 walk-in centres offering testing for Covid-19 but this will be expanded by “several hundred” by the end of October.

The aim is to have a walk-in centre available to anybody in an urban area within a 30 minute walk to make it more convenient and easier for people to get tested for the virus.

The latest weekly data shows for the test and trace service shows just under 80 per cent of the 3,887 people who tested positive in the week to 15 July and were referred to test and trace were reached by contact tracers.

Hundreds of new walk-in centres offering coronavirus tests are to be opened across England as part of efforts to ramp up the test and trace service before winter.

A new centralised Lighthouse laboratory to process thousands more swab tests is also being opened in Newport, with more labs planned to help hit the target set by the prime minister, of 500,000 tests a day by the end of October.

The Newport lab will become operational at the end of August.

The majority of close contacts, 84 per cent, were reached within 24 hours.

Over the weekend a leaked analysis by the director of public health in Blackburn with Darwen revealed the test and trace service was failing to reach more than half of all close contacts in the town. This poor performance was replicated across the northwest region of England.

Regional breakdowns of performance have not been published by the test and trace service but according to the latest data, across England, the service failed to reach 38 per cent of close contacts that did not live with the person testing positive.

More staff are also being recruited to work in local public health teams who will go out and try to find contacts in local areas on top of efforts by the centralised call centre contact tracing.

Executive chair of NHS Test and Trace, Baroness Dido Harding, said: “In just seven weeks we have tested over 2.3 million new people for coronavirus, identified nearly 39,000 with the virus and reached almost 200,000 people to stop the virus from spreading further.

“This week’s statistics show we are making really good progress with more people responding to the service.

“NHS Test and Trace relies on everyone playing their part. We all need to get a test if we have symptoms, share details of our contacts if we test positive and self-isolate when asked to do so.”

The Department of Health and Social Care said the testing system currently had capacity to deliver 330,000 test results a day.

Efforts are now focused on the autumn when the numbers of people seeking tests may rise significantly with coronavirus and seasonal flu symptoms driving test demands. 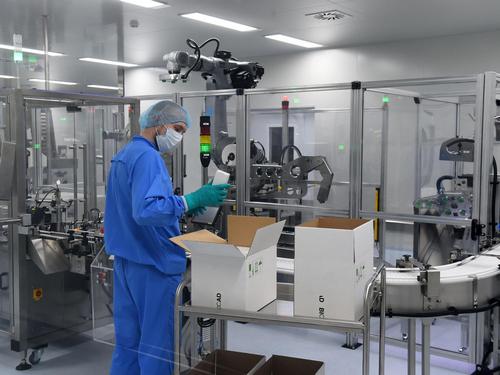