Meanwhile, Nicola Sturgeon warned Scottish people not to travel to parts of northern England hit by a spike in coronavirus cases unless their trip is “absolutely essential”.

Her comments come after the UK government imposed tougher lockdown restrictions in the areas affected, with people from different households in Greater Manchester, parts of East Lancashire and West Yorkshire banned from meeting each other indoors again.

The UK health secretary said these new restrictions on gatherings – which were announced shortly before the Muslim festival of Eid-al-Adha – were not aimed at curtailing celebration, but that ”immediate action” was needed in these areas.

Boris Johnson has postponed the next stage of easing lockdown restrictions planned for Saturday, which would have seen the return of casinos, bowling alleys, skating rinks, indoor performances and wedding receptions for up to 30 people.

The prime minister also announced pilots of sporting events with crowds and gatherings in conference centres will be delayed.

Face coverings will become mandatory in places such as museums, galleries, cinemas and places of worship in England from 8 August, Mr Johnson said on Friday.

Muslim leaders slammed the government for giving ”shockingly short notice” for the ban on different households mixing inside their homes or gardens in parts of northern England.

Millions of households across northern England have been banned from cross-household gatherings in homes or pubs under last-minute new lockdown measures introduced overnight, as the government rushed to contain “increasing” transmission of cases, write Vincent Wood and Andrew Woodcock.

The new rules, announced the night before Muslims across the country are set to celebrate Eid al-Adha, are being introduced in Greater Manchester, West Yorkshire and east Lancashire following increased rates of coronavirus transmission.

Matt Hancock has defended his late-night Twitter announcement of the new lockdown rules in northern England by saying “we are moving quickly in some circumstances” to react to Covid-19’s spread.

“When you face a pandemic like this it is important sometimes to move quickly,” the health secretary told Sky News when challenged on the wisdom of his communications strategy.

Mr Hancock was challenged on the allegedly confusing nature of the restrictions, given that although households cannot meet indoors, pubs and hairdressers can remain open.

He said: “It is absolutely crystal clear… what the new rules are and we’ve brought them in to target specifically the problems that we’ve been able to see through the data.

“We want to do it with minimum impact. The evidence shows that the biggest risk in terms of the spread of the virus across this area is household transmission, where people are going to see each other in each other’s homes when they’re not in a household together, and also visiting friends and relatives.”

“We’re not seeing as much transmission in terms of people in their place of work or going to retail or other areas, and so we are able to put in place this specific action.

“We’re not restricting travel, so people can still go on holiday from the area affected. We’re not putting in any restrictions to work.”

Boris Johnson has boasted of “massive success” in reducing the number of fatalities from coronavirus on the day when new figures showed the UK has had the highest excess death rate of any country in Europe during the crisis, write Jon Stone and Andrew Woodcock.

The prime minister’s claim was branded “delusional” by Labour, who said his record – which has seen the UK top global tables for per-capita deaths from coronavirus – was “appalling”.

Two households can still meet “at a social distance in a public place outdoors” such as a park where there is lots of space, Matt Hancock has said, but meeting another household in pub gardens or outdoor restaurant space is not allowed under his new rules for the northwest.

Asked about the prospect of crowds gathering together too closely in Friday’s heat, the health secretary told the BBC: “It’s so important that people follow social distancing rules. My message is people need to keep doing that.

“Having just announced this action last night I don’t this morning want to talk about what more we might do, but we have shown we’re prepared to take action.”

She said they included people questioning whether they are able to visit elderly relatives they are looking after who live outside of the restricted area, and whether they can go on holiday with another household elsewhere.

“I’ve been inundated with questions that I don’t know the answers to them,” she said.

Tour operator Tui has extended the suspension of holidays for UK customers to mainland Spain until 17 August, and the Balearic Islands and Canary Islands until 10 August.

The company said it would instead add more flights to Greece and Turkey “following the overwhelming demand from customers to still get away this summer”.

Shielded population in NI told they can now venture out

The shielding period for some 80,000 vulnerable people in Northern Ireland has ended.

People with serious medical conditions like multiple sclerosis and rheumatoid arthritis can go out for the first time since March as coronavirus restrictions ease.

Ministers are encouraging shoppers to wear face masks to limit virus spread and the measure could be enforced by law later next month if not enough people comply voluntarily.

Robin Swann, the Stormont health minister, said: “Many of those who have been shielding will understandably be nervous about leaving their homes for sometimes what will be the last time so we can all play our part in assuring them by showing kindness and consideration.” 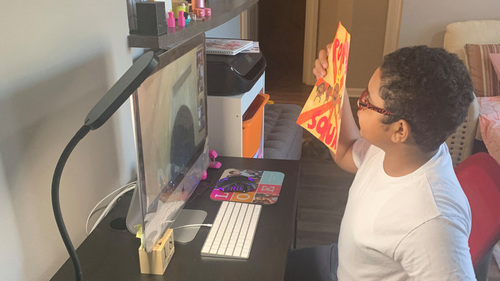 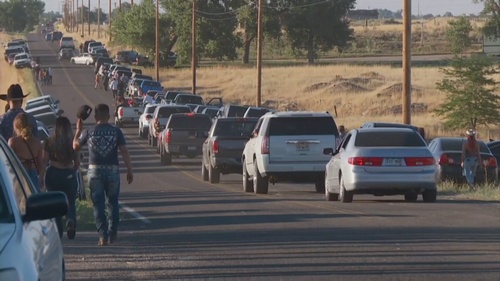 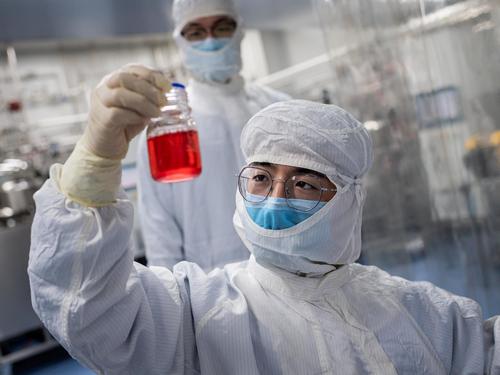 Which candidates are the most promising?