Describe your history and experience with epilepsy – when were you diagnosed and how has it affected your life thus far?

I had my first seizure when I was 13, but was only diagnosed with temporal lobe epilepsy at the age of 15. Epilepsy is a brain disorder in which clusters of nerve cells misfire. In most cases, as with myself, it’s not clear what causes its onset, but these episodes can leave scars on the brain.

I suffer from memory loss which is caused as a result of this damage to the temporal lobe of the brain -specifically the hippocampus – where short-term memories are converted into long-term ones. This permanent memory impairment has been by far the most significant effect of epilepsy on my life – far more than the seizures themselves.

What is the day to day reality of living with epilepsy?

Bar taking medication to control the seizures, not being able to drive and having to be careful of baths (alone!) – I live life like any other 29 year old girl! Although I am now starting a new drug called Tegretol and am on a 6 week plan to introduce it to a ceiling dose morning and evening. The reality of day to day to day life is the same it always has been! Enjoy it to the full and cherish every moment!

I have an incredible support system around me of friends and family who never make me feel self-conscious or at a disadvantage. My friends and family have acted as my memory for so long and have been integral to my journey with epilepsy.

What is the most common misconception about having epilepsy that you would like to debunk?

There are 40 different types of epilepsy and everyone’s experience is very different; people have different triggers, different frequency of seizures. Just because someone has epilepsy it doesn’t mean they’ll drop to the floor and shake and only a very small percentage of people with epilepsy are photo-sensitive; so flashing and strobe lights affect only 4%.

Epilepsy is now more common in children than diabetes, yet so little seems to be known and a lot of people even seem scared of the responsibility of being with someone who has epilepsy. Educating people so that they know what to do if someone has a seizure and ensuring that staff in schools and educational settings have better training in how best to support children and young people, so that they also understand the long-term implications on their educational development if they’re not properly supported at school. It’s also being comfortable in asking people with epilepsy about their condition – as long as they’re comfortable to talk about it, of course.

What is the most important thing we should know about epilepsy?

The most important thing non epileptics should know is that people with epilepsy aren’t any different from themselves!! Epilepsy is actually quite common but because of the misconceptions and fear of judgement a lot of pople don’t feel comfortable to share it with anyone. It’s shocking that 40 % of people with epilepsy don’t admit to having it.

This is unsafe and closes them off from support systems that would help empower them to live confidently with the condition and not be defined by it.

Tell us about your work for Young Epilepsy- what does that involve and what aspects of that are you most proud of?

Young Epilepsy is an amazing charity which acts as a voice for young people with Epilepsy in the UK: supporting young people and their families across the country through one-to-one advice, group work, informative online resources and our Helpline. In 2018 was the face of their big campaign “In The Moment” which focused on the fact your life can change in a single moment – when you have your first seizure.

This was the start of me talking publicly about my own journey with the condition and since then it has kind of snowballed. The messages of thanks I have received from individuals who have epilepsy or family members who support them has been the most overwhelming and humbling experience of my life.

What is your initiative #ExerciseForEpilepsy?

I have always enjoyed sports – with or without epilepsy, exercise is an enjoyment that should be available to all. Yet up to 17% of kids with epilepsy are discouraged from taking part in sport in schools unnecessarily and this needs to change.

The benefits of regular exercise are so important for children with epilepsy. Last week we did an amazing boxercise class lead by Pete, at Box Clever Sports, with some epileptic children, and celebs like Louise Thompson and Jamie Redknapp to raise a little more awareness and hopefully address this unnecessary exclusion especially for children who might already feel different because of their epilepsy. It’s definitely the work I feel most proud of at the moment.

What does National Epilepsy Week mean to you and what events are happening to mark the week?

Children and young people with epilepsy need a robust support network around them to help them live a full life. During National Epilepsy Week we’ll be hosting a special event for parents and carers; empowering them to learn more about their child’s condition so that they feel more confident in allowing their child the freedom and support they need to live a fulfilled life. 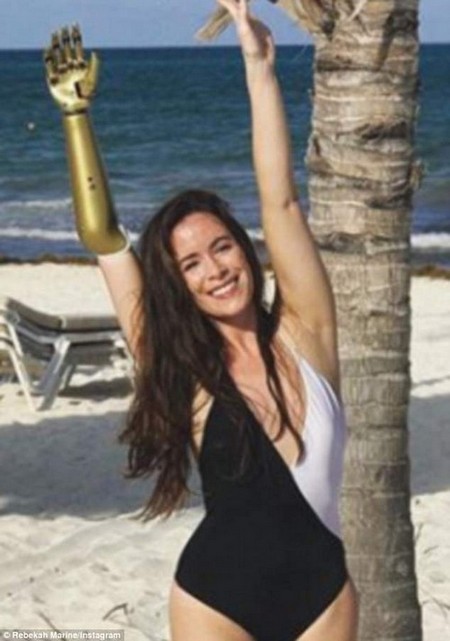 Rebekah Marine gets married with a gold prosthetic arm 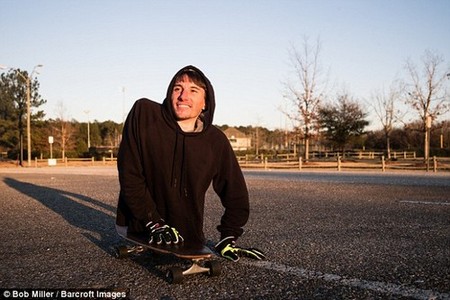 Amputee, 30, is forced to get around on his hands and elbows 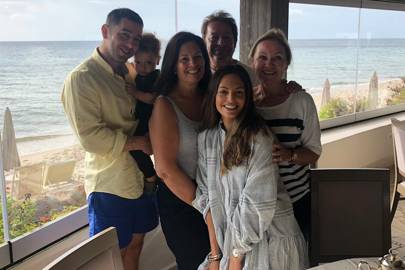