Trophoblastic disease (TB) is a disease that is always associated with pregnancy and due to proliferative neoplasia of the trophoblast (chorionic plate of the placenta).

In a group of diseases United by the term “trophoblastic disease” includes benign and malignant tumors: cystic skid (can be invasive), choriocarcinoma, trophoblastic teratoma and trophoblastic tumor of placental bed. This pathology can develop during pregnancy, including ectopic, and after its completion.

Trophoblastic disease is a rare gynecologic pathology and is 1 – 1.5% of all malignant tumors of female genital sphere. According to statistics, per 1000 births to 1 case of hydatidiform mole, and 100 thousand of all pregnancies ends in 2 cases of horionkartsinoma.

Molar pregnancy occurs more often in women 20 to 24 years. Invasive form of hydatidiform mole most often develops at the age of 40 – 49 years, and horionkartsinoma is diagnosed in 25 – 30 year old women.

The incidence of TB in different countries varies. In the United States in 2000 pregnancies account for only 1 case of this disease in Japan per 1,000 pregnancies, 2 cases, and in the Latin American and South-East countries 100 – 200 births and abortions have 1 case of trophoblastic disease. Range and indicators of frequency of different forms of TB. Complete molar pregnancy was 72.2% of all TB cases, partial molar pregnancy – 5%, choriocarcinoma accounted for 17.5%, the share of other forms – 5%.

All forms of TB cancers are considered as a single etiopatogenetice process. A distinctive feature of trophoblastic tumors is that the composition of the formations includes the cells of the maternal, paternal and genetic nature.

Trophoblast cells destroy the wall of blood vessels of the uterus, what is required to create messages of fetal blood with the mother’s blood. Therefore, cells trophoblastic tumors are quickly penetrating into the circulatory system of the woman and spread throughout the body, forming metastases in the near and distant organs (vagina, lungs, liver). A tendency to early metastasis and disintegration is characteristic of trophoblastic tumors.

The risk factors for TB include:

According to the International classification anabaena allocate the following histopathological forms of trophoblastic entities:

Trophoblastic tumors can be:

TB begins to develop after a latent period which is the period of time from the date of completion of last pregnancy before the beginning of the formation of the trophoblastic education. The only exception is a simple molar pregnancy, which develops in the period of gestation.

Latent period about six months destruirujushchego characteristic of hydatidiform mole. When horionkartsinoma the latent period may be extended to 9 years, that is, TB can occur in women of perimenopausal age (menopause, premenopausal and menopause).

A characteristic symptom of this form of TB is the emergence of bleeding from the genital tract, sometimes with bubbling (modified chorionic villi) after 2 – 3 months of absence of menstruation. Also for simple PZ typical discrepancy between the size of the uterus to the term of delay of menstruation (uterus much more), severe early toxicity, early development of preeclampsia (18 weeks): arterial hypertension, preeclampsia. Uterine bleeding is preceded by the appearance of cramping pain in the abdomen. Conducting a pelvic examination allows to determine the uterus fugolastic consistency, the dimensions of which exceed the estimated gestational age and considerable size decalomainia cysts in the ovaries (40% patients).

This form of TB is characterized by infiltrative growth (by germination in the thickness of the uterus), high probability of conversion to horionepitelioma and 30 – 60% of cases with metastasis to the vulva, vagina, and lungs. Pathognomonic a symptom of destruirujushchego drift is uterine bleeding. The growth of education of the uterine wall collapses more, which leads to serious complication – perforation of the uterus and intra-abdominal bleeding. The second common symptom of invasive PZ are pain in the lumbar region and the abdomen, the intensity of which increases rapidly. Increased pain indicates either about the threat of uterine rupture or break occurred.

Horionepitelioma often develops after removal of the PP. This tumor is accompanied by a triad of symptoms: subinwalucia of the uterus, persistent blood discharge caused by disintegration of the tumor and stabilization of high levels of HCG or its increase. The tumor is localized most often in the fallopian or uterine bottom in the corners.

A formidable sign of horionkartsinoma is the occurrence of profuse uterine bleeding, which may appear at different times: immediately after curettage of the uterus (abortion or miscarriage), gestational period, after childbirth or after evacuation of hydatidiform mole. The occurrence of bleeding in the menopausal period also may indicate the presence of chorionepithelioma.

In addition to bleeding take place serous, and later hoevenii highlight color of meat slops, due to the destruction of the tumor and the presence of vaginal metastases. Prolonged bleeding leads to anemizatsii patient. Pain in the lower abdomen and in the lumbar region and is due to the irregular germination of the education to the serous membrane of the uterus or the formation of metastases in the pelvis, and intestines.

The formation of metastases in TB is accompanied by signs of damage to the relevant authorities:

Preliminary diagnosis of TB will be done after a careful study of the history of collecting complaints and conducting a pelvic examination. In history, the doctor draws attention to the recent termination of pregnancy (occurring abortion or miscarriage, childbirth, removal of the fallopian tube). The main complaints of the patients include: lack of menstruation, the appearance of acyclic bleeding and menorrhagia, abdominal, headaches and chest pain, cough with expectoration of blood. Gynecological examination revealed cyanotic mucous vaginal and cervical metastatic foci crimson color on the vaginal walls. Palpation determined enlarged, uterus mogolistana bumpy surface and limited mobility. While probing the uterus possible pain, indicating that the germination of the tumor in the tissue of the pelvis. In half of the cases palpable bilateral ovarian cysts.

Tactics of treatment depends on the type and stage of TB. When molar undergoing evacuation (vacuum aspiration followed by curettage). After removal of PZ is controlled by the level of HCG every 2 weeks, until normalization, then tests for HCG should be repeated after 2, 4, 8 months for two years.

Chemotherapy after removal of the PP is assigned to the case:

In the event of horionepitelioma receive chemotherapy. Can be used as a single drug, and several (methotrexate, methotrexate in combination with 6-mercaptopurine, methotrexate and actinomycin D and other schemes). The effectiveness of treatment with cytostatics is estimated by the level of HCG (twice normal the concentrations of HCG in the urine). Treatment duration is 2 – 3 years.

Surgical treatment involves removal of the uterus (hysterectomy without appendages).

Of the patient after the treatment of TB should be at the dispensary for 5 years and every six months to perform an ultrasound of the pelvic organs and to be tested for HCG to undergo annual x-ray examination of the lungs, according to the testimony of MRI of the brain.

The prognosis for timely and adequate treatment of TB is favorable. Chemotherapy in patients with nemetstaticescoy form leads to a 100% cure, and in patients with metastatic course of disease cure occurs in 70% of cases. Recurrence of TB is possible in 4 – 8% of cases. 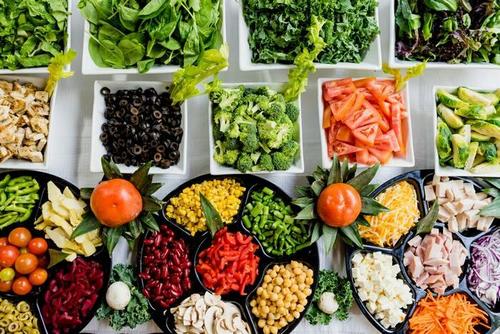 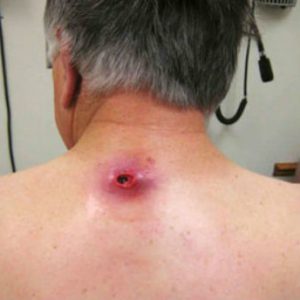 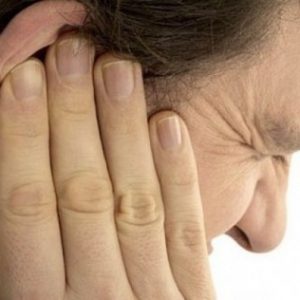