The 47-year-old is the Premier League’s record scorer with 260 goals and enjoyed an 18-year career with Southampton, Blackburn and hometown club Newcastle United.

Former England captain Alan Shearer fears he may be at risk of suffering from dementia due to heading footballs 100 times a day during his career. But the Match of the Day pundit has revealed he now has concerns over his long-term health as scientists warn repeatedly heading the ball may lead to dementia.

Shearer’s worries come 15 years after the death of England striker Jeff Astle, whose inquest ruled he developed dementia as a direct result of heading footballs.

The Football Association has been urged to consider a ban on children under 10 heading balls in training and matches amid the mounting fears of dementia. And campaigners have called for a parliamentary inquiry into the FA after damning claims it ignored warnings over links between heading a ball and dementia.

Alan Shearer underwent tests on his brain as part of a documentary on the risks of dementia associated with the long-term effects of heading footballs.

Shearer speaks with a medical worker as they examine brain samples in a laboratory. Shearer, who netted 30 goals in 63 appearances for England, told the Daily Mirror that he has undergone tests to examine how heading the ball has affected his brain.

He said: ‘For every goal I scored with a header during a game, I must have practiced it 1,000 times in training. That must put me at risk if there is a link.

‘The tests were pretty nerve-wracking. I have got a terrible memory. I don’t know if that is because I don’t listen, but I have got a poor memory.

‘When you play football as a professional you expect in later life you are going to have problems with your knees, your ankles, or you back, like I have.

‘But never did I think playing football could be linked to having a brain disease. That is why the research has to be done.’

Shearer had a cutting-edge medical screening including bio marker blood tests and transcranial magnetic stimulation (TMS) at the University of Stirling.

Shearer undergoes an MRI scan of his brain during the documentary Alan Shearer: Dementia, Football and Me

He was only 59 but doctors said he had the brain of a 90-year-old after suffering from chronic traumatic encephalopathy (CTE).

CTE is a progressive, degenerative brain disease found in individuals with a history of head injury, often as a result of multiple concussions. An inquest ruled Astle died from dementia caused by heading footballs – the first British professional footballer to be officially confirmed to have done so.

Astle, who was left unable to recognise his own children, once commented that heading a football was like heading ‘a bag of bricks’. His family set up the Jeff Astle Foundation in 2015 in order to raise awareness of brain injury in sport. His daughter Dawn said ‘the game that he lived for killed him’.

Danny Blanchflower, who captained Tottenham Hotspur during their double winning season of 1961, died after suffering from Alzheimer’s disease in 1993. He was 67.

His death has also been linked to heading the heavy, leather balls of the 1940s and 50s, along with fellow Tottenham players Dave Mackay, Peter Baker and Ron Henry.

Nobby Stiles (left in 2008 and right in 1986), who won the World Cup in 1966, is living with Alzheimer’s. Nobby Stiles jumps up for the ball with Portugal’s Eusebio during the 1966 Wold Cup semi-final.

Germany’s Wolfgang Weber and England’s Martin Peters both jump for the ball during the World Cup final.

His results will be revealed in the new BBC documentary Dementia, Football and Me, which is set to air on Sunday.

The FA announced in April they will fund a potentially life-saving study to identify why footballers appear more prone to early onset dementia than the wider population.

It came three years after the Mail on Sunday exposed the FA and the Professional Footballers’ Association’s failure to carry out a 10-year research project following the death of former England player Jeff Astle.

The Mail’s reports, which led to Astle’s brain being reexamined and diagnosed with CTE following permission from his family, resulted in the establishment of the ‘Justice for Jeff’ campaign and the Jeff Astle Foundation.

They also triggered a seismic shift in attitude from football’s authorities.

Shearer, who scored 46 goals using his head, believes more research needs to be carried out and greater support for ex-players with dementia should be on offer.

‘Nowhere near enough research has been done,’ said Shearer. ‘The authorities have been very reluctant to find out any answers. They have swept it under the carpet, which is not good enough.

‘Football must look after old players with dementia and put an end to this sense that once you are done playing, you can be put on the scrapheap.

‘It’s a tough game, it’s a brilliant game, but we have to make sure it’s not a killer game.’

Experts warn there is ‘evidence accumulating’ that repeated mild head trauma can lead to brain damage which can cause or worsen dementia.

Three of the nine surviving members of England’s 1966 winning World Cup team are living with Alzheimer’s. And earlier this year, the son of one of them, Nobby Stiles, criticised the FA for failing to properly investigate a link between the sport and degenerative brain disease.

Former England captain Alan Shearer fears he may be at risk of suffering from dementia. Shearer says he is at risk of the brain disease as a result of heading footballs in his career.

HOW CTE LEADS TO AGGRESSION, EXPLOSIVENESS, SUICIDE, AND MEMORY LOSS

Chronic traumatic encephalopathy (CTE) is a degenerative brain disease that is caused by repeated hits to the head.

HOW DOES IT AFFECT BEHAVIOR?

Researchers are still unclear on how CTE affects behavior, but a growing swell of studies is offering some answers.

A landmark study in February of 14 retired footballers found that four had a condition known to cause dementia – called chronic traumatic encephalopathy (CTE). And six of the participants had Alzheimer’s disease, University College London researchers claimed in the journal Acta Neuropathologica.

The research followed a University of Stirling study, published last year, which found ‘significant’ changes in short-term memory function from routine heading practice. Repeated blows from headers – described as being ‘like a punch’ – and colliding with other players are thought to be the cause.

Such worrying links are widely established in boxing and rugby, and more recently scientists have delved into the effects of American Football. The biggest ever study into American Football brain injuries diagnosed CTE in 99 percent of former NFL players’ brains in post-mortem examinations.

Boston University researchers were behind the groundbreaking project to identify whether there is a direct link between concussions on the field and dementia. It followed the revelation that former New England Patriots star Aaron Hernandez had CTE when he killed himself in April at the age of 27 while serving a life sentence for murder.

Shearer said: ‘For every goal I scored with a header during a game, I must have practiced it 1,000 times in training. That must put me at risk if there is a link’

Despite the alarming evidence in recent years, several campaigners have warned that officials are reluctant to acknowledge the link. Baroness Elaine Murphy, former Professor of Psychiatry at Guy’s Hospital, claims she wrote to the FA in 1995 about the dangers posed to players in the sport.

Her concerns were sparked following the death of Tottenham Hotspur’s ex-player Danny Blanchflower, who died in 1993 from Alzheimer’s. However, earlier this month she alleged that the footballing body was ‘very short and refuted any such association could exist’.

The Jeff Astle Foundation, set-up in order to raise awareness of brain injury in sport, has since called for an inquiry into the missed warnings. In September, Ireland striker Kevin Doyle announced his retirement owing to fears over concussion problems.

Doyle – capped 64 times by Ireland – has suffered several concussions and said that heading the ball has caused him to have persistent headaches.

The 34-year-old quit the game with immediate effect after taking medical advice, saying that he wanted to avoid a scenario where the damage became permanent.

Alan Shearer: Dementia, Football and Me will appear on BBC1 on November 12 at 10.30pm.

Aaron Hernandez had chronic traumatic encephalopathy (CTE), a football-linked brain disease which triggers aggression, suicidal thoughts and dementia, according to test results released by his lawyer in September.

The former New England Patriots star was serving a life sentence for murder when he killed himself in April at the age of 27.

His family is suing the NFL team as tests on his brain have shown he had the most severe forms of CTE ever detected in someone of his age – stage three out of four, with stage four being the most severe.

His brain scans reveal huge clumps of tau protein in Hernandez’s frontal lobes, and in the nerve cells around small blood vessels, a unique feature of CTE.

Announcing the results at a news conference on Thursday, his lawyer Jose Baez said the family is set to file a lawsuit against the NFL and the Patriots on behalf of Hernandez’s four-year-old daughter Avielle. 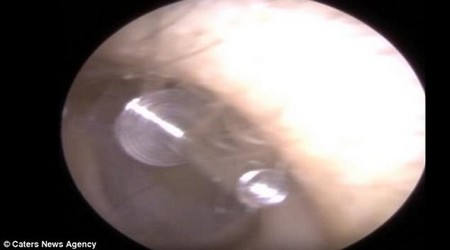 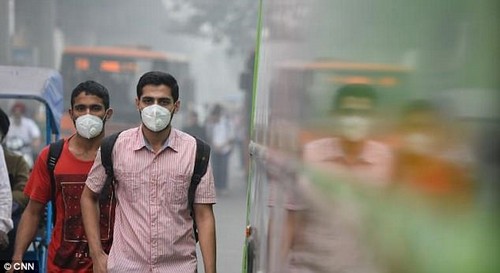 Breathing in New Delhi’s smog is equivalent to smoking