Embedding child psychiatrists in urban pediatric clinics may be a feasible and a promising way to improve access to psychiatric care among a primarily Latino population, according to a new study from Boston Medical Center.

The study, published in the Journal of Health Care for the Poor and Underserved, is the first to demonstrate the effectiveness of this intervention, which could have important implications for minority populations that experience disparities in psychiatric care.

Nearly 20 percent of U.S. children suffer from a mental illness, and of these, only one in five receive treatment. Barriers to care, including long wait times, high costs and limited availability of specialists, impact access among all families, but disproportionately impact vulnerable communities and people of color.

Mental illness that remains untreated is tied to a range of health, developmental, social and educational risks for children, and improved access to psychiatric care should be a high priority among health and policy leaders.

The study began in 2013, when pediatricians at an urban pediatrics primary care clinic that served a largely Latino and non-English speaking population started referring patients to a child psychiatrist embedded in the practice for evaluation and short-term treatment, with the goal of transferring care back to the primary care setting in the long-term.

During the two-year study period, 211 referrals were made to the embedded psychiatrist, at a rate of approximately two to three per week. Of those who were referred, 74 percent completed an evaluation. Younger kids and those with a history of therapy were more likely to complete an evaluation. 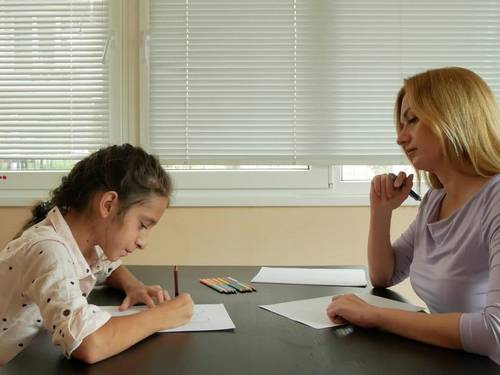 The researchers also found that children with more severe symptoms and higher levels of psychiatric comorbidity attended more follow-up appointments with the psychiatrist.

“While preliminary, these results are very encouraging as we look to increase access to mental health care for children, especially among underserved communities,” said lead author Andrea Spencer, M.D., a psychiatrist at Boston Medical Center and assistant professor of psychiatry at Boston University School of Medicine.

“We believe this model of embedding a child psychiatrist in a primary care practice could reduce stigma for families, improve convenience, and remove other barriers to care.”

Most patients involved in this study attended fewer than four visits with the psychiatrist, which is consistent with previous reports on the duration of mental health treatment in this population, and fitting in the design of the model as a short-term intervention.

The researchers note that transferring care back to the primary care setting should be studied longer, along with what factors best engage families of younger versus older children in an initial psychiatric evaluation.