The paranephritis – inflammation of perinephric tissue. The microorganisms that induce the inflammatory process, can enter the bloodstream from a distant organ (primary paranephritis) and by moving from the affected kidney (secondary).

Escherichia coli, species of Proteus and Staphylococcus aureus is the predominant micro flora, but there are also gram-negative bacteria: Klebsiella, Enterobacter, Pseudomonas, Serratia, and Citrobacterspecies. Rarely recorded Enterococci, Streptococci, Clostridia. In 25% of cases detected by the mixed microbial flora.

Fungi of the genus Candida and Mycobacterium tuberculosis isolated from patients with immunosuppression on the background of HIV, diabetes, some medications, cancer processes and after organ transplantation.

By hematogenous infection is 30%, sources:

When the infection from the kidney goes in the paranephral space, which contributes to destruction of the fibrous capsule of the kidney, complication can be the formation of a perinephric abscess. Suffer often patients with polycystic kidney disease and chronic renal failure, hemodialysis (62%).

Infection can occur with the flow of lymph and blood from the kidney that contribute to numerous venous and lymphatic connection – anastomoses between the renal capsule and cellulose. Purulent pyelonephritis with insoluble obstruction without the appropriate treatment will certainly involve an inflammatory process in paranephral cellular tissue, with development of infiltrative-edematous, and then purulent forms of paranephritis.

Inflammation begins in the region of the renal gate, which contributes to the increase vnutriorgannogo pressure. Suffering the lymphatic system, carrying lymph from the kidneys, complicated by swelling of the buds on the background of lymphostasis.

Code according to ICD-10: N28.8 – Other specified disorders of kidney and ureter.

What contributes to the development of paranephritis

The inflammation of the layers of fat tissue can result in infectious diseases of the intestine, pancreas, liver, gall bladder, prostate, pleural cavity; paranephritis caused by osteomyelitis of adjacent ribs or vertebrae.

With the direct injury of the lumbar region paranephral hematoma may be complicated paranephritis, and abscess.

At the initial stage of diagnosis of paranephritis difficult. The most commonly patient presents with history of an episode of urinary tract infection.

Inflammation of the layers of fat tissue may be accompanied by a prolonged increase of the reaction temperature, to 1-2 weeks, spilled dull pain in the lumbar region, the abdomen, or in the projection of the bone-vertebral angle (in the upper quadrant) on the affected side.

It depends on the localization of the pathological process that provide:

If the damage was extensive (whole fiber), we use the term “total paranephritis”.

Pus through megfelelne partition leaving the border tissue, resulting in streaks in the course of the ureter or of the iliac muscle.

Abscess retroperitoneal and subphrenic abscess – untreated, the consequences of paranephritis.

In rare cases, the abscess breaks independently on the skin of the lumbar region.

For pain syndrome is characterized by increased respiration and physical activity.

When viewed draws attention to the forced position of the patient: is given to the body of the lower limb to straighten your leg strengthening of pain in the lumbar region on the affected side. Curvature of the spine is due to the protective spazmirovannah muscles of the lower back in 48-72 hours.

With the progression of paranephritis note the pasty skin, fat and bulging in the lumbar region.

Of the common symptoms are present:

According to medical statistics, 58% of patients report symptoms for 2 weeks and only 42% seek help immediately.

Chest pain occurs due to irritation of the diaphragm. If the process involves adjacent nerves, pain will manifest in the groin, thighs or knees.

Palpation pay attention to the rib sensitivity. The appearance of pronounced pain in the abdomen may testify in favor of an abscess of large size or paranephritis, localized in the lower pole of the kidney, in patients with unexpressed fatty tissue can be felt inflammatory infiltrate.

Laboratory diagnosis involves the examination of a number of tests.

The biochemical parameters may be present azotemia.

To clarify the diagnosis is recommended to perform culture the blood culture, but the highlight of the pathogen is possible in 50% of cases.

CT and ultrasound examination of the kidneys are the preferred methods for diagnostics of paranephritis and perinephric abscess. Approximately 50% of cases on radiographs obtained after x-ray of the chest reveals pleural effusion, atelectasis, infiltration.

CT most sensitive and accurate in the diagnosis of intra-abdominal abscess (90%), compared to ultrasound. CT scan better defines the location, size, extent and interaction with the surrounding tissues.

Ultrasound may demonstrate fluid accumulation, swelling, which is not visualized with x-rays. Ultrasound is used as screening for suspected obstructive uropathy, to exclude other intra-abdominal or retroperitoneal process, and to exclude suppurative complications of the kidneys.

If the background of paranephritis started to form a perinephric abscess ultrasound results will depend on the homogeneity of content.

Ultrasound allows to reveal the abscess with a diameter of 2 cm or more.

The advantages of ultrasound include:

Conventional radiography of the abdomen may reveal some anomalies, but in 40% this diagnostic ineffective.

In suspicious cases renders smoothing of the contours, the formation in the kidneys, its displacement and rotation from the accumulation of fluid, radiopaque calculi, retroperitoneal gas (some bacteria synthesize gas: E. coli, aerobacter, rarely Clostridium).

Curvature of the spine with concavity toward the lesion occurs in approximately 50%. Displacement of intestinal gas can occur due to compression of the surround loops of bowel.

Results of intravenous pyelography are useful in 80% of cases, but it is done less frequently than ultrasound, CT and radiography.

For the film intravenous pyelography is characterized by a sharp reduction or complete absence of function of the involved kidney (64%), its displacement (4%), calculi (14%).

Rare to see a hit of contrast agent in the perirenal tissue.

Deformation of the Cup-pelvis-plating system appears in the case of compression of renal inflammatory infiltration.

Pictures perform when you inhale and when you exhale, and then assess the mobility of the kidney. The specificity of diagnosis – 85%. Normal breathing is allowed the offset 2-6 cm, at paranephritis with abscess body motionless.

The advantages of MRI include lack of radiation exposure, better contrast sensitivity, better delineation of soft tissues such as the psoas muscle, the possibility of running the study patients with intolerance to contrast and renal failure. The disadvantages include a long render time, insensitivity to calcification of small gas accumulations, limited use in some patients with pacemakers, clips.

In radionuclide imaging the introduction of gallium citrate (Ga-67) is shown, if the anatomy is distorted because of congenital anomalies, previous surgery, polycystic kidney disease and chronic pyelonephritis.

If the patient is timely appealed to the doctor, and the diagnosis was consistent with the seriousness of the disease, there is a possibility to avoid surgery. Currently paranephritis is less common because doctors use antibiotics with broad spectrum of activity, and inflammation does not have time to spread to the perinephric tissue. Exception – risk group (HIV, diabetes, immunosuppression, drug abuse, etc). In this case, it is likely that the composition of the microflora atypical that requires other antibiotics, dosages and durations of therapy.

Treatment of paranephritis in the stage of infiltration with medication. Without waiting for a longer sowing, the doctor prescribes an antibacterial drug with the broadest spectrum of action. Further, possible adjustment of the treatment regimen.

For the relief of inflammation use:

Mandatory monitor the dynamics in the condition and health of the patient, based not only on physical examination data, but also on instrumental and laboratory parameters.

If conservative treatment was unsuccessful, there is a suspicion on the transition in the form of purulent paranephritis, illustrates the execution of surgical treatment.

Operation when paranephritis involves incision and drainage of the lesion followed by a massive antibacterial and detoxification therapy. It is considered important to prevent recurrence of paranephritis to get rid of all of the pockets, where it can contain pus. The drainage tube is installed, usually, for 5 days.

The advantages of percutaneous drainage include:

Percutaneous drainage is relatively contraindicated for large abscesses filled with thick pus, as there is a risk of secondary sepsis. The presence of fungal infection, calcification, multi-chambers, and related pathology and the lack of kidney function can require an extended surgical intervention. If the corresponding pyelonephritis kidney complicated by secondary scarring with loss of function, pyonephrosis, carbuncle or abscess – it is possible to perform nephrectomy – organogenesis operation. In severe the patient’s condition, surgical treatment can be divided into 2 stages: first, opening and drainage of the abscess, and after the stabilization – nephrectomy.

Kidney removal can be laparoscopic or by open method. 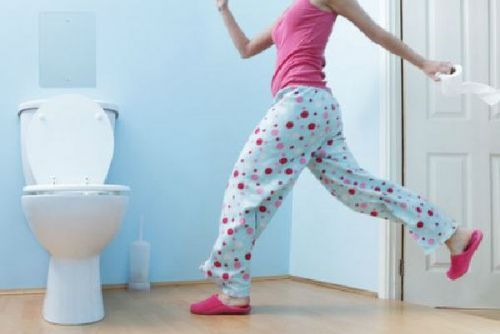 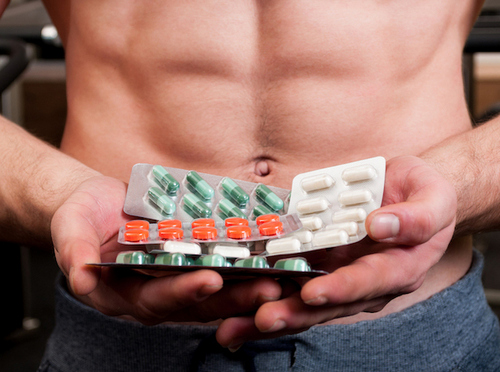 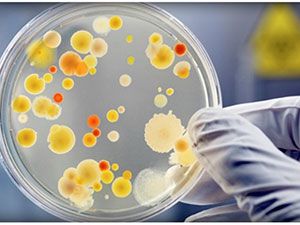 The bacteria Proteus mirabilis in urine

10 thoughts on “The paranephritis: symptoms and treatment”