According to the Colorado Restaurant Association, the furloughs and layoffs caused by the pandemic have driven some workers to leave the industry or even the state altogether. It has also driven some to want to stay at home sustaining themselves with unemployment until they can feel safe returning to work.

On Sunday, May 16, several Denver metro counties are moving to Level Clear. That means relaxed regulations for restaurants and bars.

“We’re really excited. we’re looking forward to things getting back to normal as soon as possible,” says the owner of Las Margs in Commerce City, Jacqueline Granados.

She is happy and welcomes the change but is also a little apprehensive, “I don’t feel that you know it’s going to be the same.”

On top of trying to keep everyone healthy, many restaurants like Las Margs are also shorthanded.

“Staffing is still a little bit of an issue, unfortunately… I think industry-wide,” said Granados.

It’s something Josh Wolkon has seen firsthand. He owns Stueben’s in Arvada and Denver and also Ace Eat and Serve in Denver. He says he has had a hard time finding help.

He is offering health insurance, and $20 or more per hour for all positions but still is having a hard time hiring. Still, he says while they might be short-staffed, they will still gladly serve those who come to dine with them. You just might need to have a little extra patience.

“We really want people to come back and enjoy that first meal out and make sure it’s great and at the moment we just don’t have enough labor to execute that,” said Josh.

Another thing to keep in mind, there is still a statewide mask mandate in place, so you have to wear one inside unless you are eating and drinking. Those restaurant owners are asking that you not harass their employees for enforcing the rules.

Level Clear allows businesses to operate at 100% capacity with no mitigation requirements, aside from the state’s indoor mask mandate.

Jefferson, Broomfield, Boulder, Adams and Arapahoe counties have indicated that they plan to move to Level Clear on Sunday, according to state health officials. In April, the Colorado Department of Public Health and Environment lifted the COVID-19 framework, allowing individual health departments to implement their own restrictions. 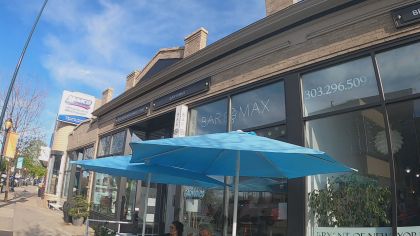