Many of the people walking outside on Monday in the Cherry Creek North neighborhood were enjoying the fresh air without a mask, but some made sure to carry one in hand. Others chose to wear a mask outside days after the Centers for Disease Control and Prevention released new guidance saying people who are fully vaccinated do not need to.

Residents explained they’re still not sure about taking that chance and if they can trust others.

“Today I’m walking the dog so I don’t have a face mask on, but if I were around people or in a building or something, I would wear one,” said Lanell Perry, who says she used to work in the infectious disease unit at the CDC. “It’s very difficult to understand why people wouldn’t get the vaccine.”

She told CBS4 she thinks it is an easy ask of the public to get vaccinated and wear a mask when necessary. She even expects friends to get their dose and wait the full two weeks to gain full protection before they get together.

Perry says she avoids those who do not wish to follow the guidelines, but others walking outside were not so sure they could do that.

“I don’t trust everybody who say they’re vaccinated because everybody’s just going to go along so they can take their mask off,” said Tony Wong.

He was walking with Tina Knowles on Monday and both were wearing a mask outside. She explained with a young grandchild, there is still a clear reason for her to keep wearing a mask even though she is also fully vaccinated.

Younger residents in the city had a similar approach. Vaccinated and with a mask in their hands, they planned to stick with those people they know. For now, they do not expect to come across many strangers or people they haven’t talked to about their vaccine status.

“It seems like something you should do, but you still don’t see many not wearing masks so it still feels like the right thing to do to keep wearing a mask,” said Chase Seymour, 20. “I know most of the people that I’ll be hanging out with so I kind of know whether they’re vaccinated or not.”

Seymour was walking through Cherry Creek North with Sam Leonard, 19, who also was vaccinated and carrying a mask. Leonard admitted it’s confusing to keep track of restrictions from county to county.

“It’s kind of hard to know for sure, but I generally trust other people with that stuff,” he told CBS4. “I would probably have no issue asking whether they’re vaccinated.”

CBS4 Medical Editor Dr. Dave Hnida expressed some concern on CBSN Denver about these new guidelines and the hope that everyone will do as the CDC recommends.

“I believe there is a small, but yet significant portion of the population who I don’t think would have any qualms about lying about the vaccination at all,” he said Monday. “I think that the honor system that really may not be as effective as we would like it to be.”

Hnida says that a verification system would help and that in today’s society we give away our privacy for so many other reasons including technology, whether it’s smart phones or social media, so sharing your vaccine status should not be an issue. Some still would just rather avoid others they do not know and feel they cannot trust.

“The people that I know of that aren’t wearing masks and are [antivaxxers]. I don’t associate with them, and that’s my quiet way of dealing with it,” Perry said. “The only thing I can do is just not be around those people and hope they come to their senses.”

How to get a rapid test 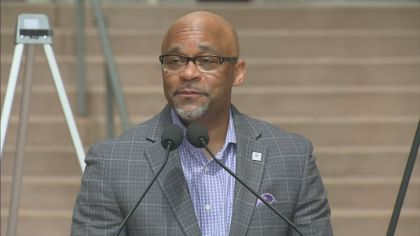