Ministers and scientists have hailed the success of the UK’s “world-leading” vaccine programme, with more than 14 million people having received a first dose so far, one of the fastest rollouts in the world.

Vulnerable housebound people in some areas of the UK have still not been vaccinated against Covid – while in other areas much younger, fitter people are already receiving jabs.

With only three days to go until Monday’s deadline – by which Boris Johnson and Matt Hancock pledged everyone in the top four priority groups would have been vaccinated – anxious relatives say many housebound elderly people have been forgotten.

But The Independent has learnt of people in their 80s and 90s – many with health conditions that make them clinically vulnerable – who have not yet been contacted.

Merryl Warren said her 93-year-old housebound grandmother, Ada Bryan, from Essex, who suffers from arthritis, anxiety and limited mobility, was still waiting for a vaccine.

“Family and neighbours have attempted to contact both her GP and local MP to flag the issue on numerous occasions. The GP says that the district nurse cannot do it and doesn’t know who will. The local MP has offered to contact the NHS,” she said. The family were told there was a delay in reaching housebound people.

“Ada is visited by carers three times a day, which increases her Covid exposure risk level. In fact, one of her carers recently tested positive for Covid. We are obviously extremely worried,” she said.

An 86-year-old woman with advanced Parkinson’s disease, from Kent, is still without a vaccine, as is a 94-year-old widow a few miles away, both of them housebound. Meanwhile, some of her neighbours in their 60s have received appointments to attend.

Other vulnerable housebound people in their 80s and 90s are still not inoculated in places including Suffolk, Northamptonshire, Wales, southeast London and Southampton.

Last week a care provider in Surrey and south London revealed that only a third of the people it cares for in their own homes had been vaccinated, in contrast to care homes, where most have received a jab.

The daughter of the 86-year-old told The Independent she had repeatedly rung the surgery, only to be told she was “on the list”. “I am furious that Mum still hasn’t had hers. It’s so stressful when you don’t know, and the receptionists at the doctors aren’t given information,” she said.

An NHS spokeswoman said the health service position was that all over-80s should be prioritised regardless of whether they are housebound.

The top four priority groups covered by Monday’s target are those over 70 and people classed as extremely vulnerable.

In some places, such as Hampshire and Shropshire, with those groups having already been done, people aged 65 to 69 are now going for their first doses.

More than 1,500 vaccination sites are open across England but they are not accessible by people who need a home visit .

Some GP practices, such as in Trafford, Manchester, have even inoculated people under 40 without underlying health conditions to use up stocks of jabs before they expired.

Primary care networks are responsible for organising the vaccine rollout in each area, and the government has advised anyone in the top groups who has missed out to contact their GP or ring 119. But some relatives say their GPs are unhelpful; others have complained to their MPs.

Charlotte Summers said she contacted the local clinical commissioning group about a relative four times since 28 January and kept being “fobbed off” but meanwhile her carer has tested positive for coronavirus.

Health secretary Mr Hancock was challenged in the Commons on Tuesday over delays in jabs for those who cannot leave home, saying the system was working “in most parts of the country”.

He added: “This is obviously incredibly important because we are talking about some of the most vulnerable people to Covid in the country. We must make sure that everybody, including those who are housebound, has the offer of a jab, and that people can get out and make that happen.”

Letters inviting over-65s to get vaccines are being sent out from Monday in England, and Welsh first minister Mark Drakeford said over-50s were already booked in for appointments from Monday.

The government says it wants all UK adults aged 50 and over to be offered vaccinations by early May.

The NHS spokeswoman said: “The NHS is on track to offer all those in the top four priority groups a jab by the middle of this month, and will pay GPs an additional £10 for every Covid vaccine delivered to someone who is housebound,” she said.

A spokesman for the Department of Health and Social Care said Mr Hancock’s intention when he announced the target was the same as NHS England’s policy but could not explain how decisions on distributing the vaccine were made, or why many housebound people appeared to be the lowest priority.

A spokesperson for Kent and Medway clinical commissioning group said there were plans in place for people in the top four groups to be vaccinated by Monday. 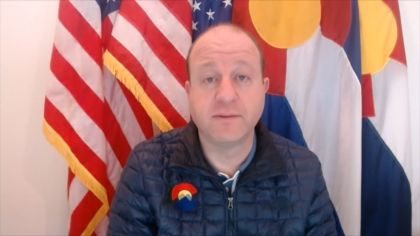