The vaccines minister told the BBC it was “up to businesses” to decide what rules they introduced, following reports that some cinemas were considering making customers prove they had received a Covid jab with special NHS-verified certificates.

Confusion over the concept and prospect of “vaccine passports” continues after Nadhim Zahawi on Tuesday said the government would not intervene to stop businesses using the domestic version of the documents – should they be enforced.

Domestic vaccine passports, which Mr Zahawi previously described as “discriminatory”, are not to be confused with the one set to allow Britons to travel internationally. Any potential internal documents would instead allow shops, supermarkets and pubs to turn people away if they cannot provide proof of immunisation.

Both versions of the vaccine passport are yet to materialise, though the government has at least confirmed the one for international travel will be provided in due course. No such promise has been made for the domestic certificates.

So, what does this latest commentary on domestic vaccine passports mean? Here is everything you need to know.

How would I use a domestic vaccine passport in the UK?

After people are inoculated against Covid-19, some venues might require customers to carry an official certification, likely to be digital, which states they have had a vaccine.

The electronic certificates would be verified by the NHS and stored in a digital wallet on a smartphone, according to IT firm Verifiable Credentials – which claims to have already agreed a deal with at least one UK theatre and cinema complex. 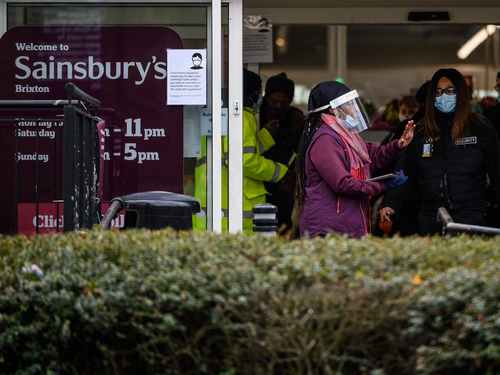 The document, combined with a purchased ticket, would generate a QR code that allows prospective customers entry into a venue.

Downing Street has repeatedly refused to say if it will take any action to prevent such an approach, though Mr Zahawi’s comments suggest the government may essentially allow businesses to enforce regulations like these at their own discretion.

This version of vaccine passport does not apply to international travel, only domestic events. For example, you would not be able to use a domestic vaccine passport to gain entry to Romania – a country already accepting visitors who can prove they have been vaccinated against coronavirus.

When would vaccine passports be required?

This differs depending on which documentation you are using: the one intended for international travel purposes would be obligatory at the UK border, as well as airport and online check-ins, while the other could become a mandatory requirement for all domestic events.

If the domestic documents go ahead, they would essentially be used as proof of identification to get into shops, supermarkets, pubs and events. Without one, a person could be refused entry into Anfield, for instance, to watch a football match.

Similarly, if a traveller fails to show their certificate when prompted by the appropriate border staff, they could be sent home from the airport or whichever country they have managed to reach without one.

Speaking to LBC on Sunday, Dominic Raab said plans for domestic vaccine passports were “under consideration” and “had not been ruled out”. He insisted they “had to be workable”, though.

“Whether it’s at an international, domestic or local level, you’ve got to know that the document being presented is something that you can rely on and that it’s an accurate reflection of the status of the individual,” Mr Raab said.

But health secretary Matt Hancock quickly ruled out these designs the next day, when asked by Sky News host Niall Paterson if he needed “a [domestic] vaccine passport to go to the pub when they open”.

“We do not have plans to do that,” Mr Hancock said plainly.

No 10 has refused to comment on the possibility of internal passports – instead sticking to the line that it is working only to deliver the documentation needed for UK residents travelling to the necessary countries abroad.

What are other countries doing?

Countries considering vaccine passports have focused on an international travel version of the document – not one needed for domestic activities, aside from the UK.

European Commission president Ursula von der Leyen previously said she supported an EU-wide “health certificate” system, which would allow residents to fly freely between fellow member states. She even suggested that such a certificate should be a “medical requirement” – but the bloc is yet to set one up.

Various EU countries have since established their own rules surrounding such “immunity certificates”. From 1 April, vaccinated citizens in Israel, Greece and Cyprus will be able to travel freely between each other, without quarantine. Estonia, the Seychelles, Georgia and Romania have all already relaxed travel restrictions for all visitors who can prove they have been vaccinated against coronavirus.

The US has been more hesitant to relax any of its current travel restrictions, vaccine passport or not.

In all countries, travellers must currently organise a private test, typically costing around £150, because there is no international agreement on vaccine passports.

What has the government said?

In terms of the travel passport, it is going ahead. Mr Zahawi confirmed on Tuesday that the UK would provide Covid vaccine certificates for its residents if they are required by other countries, although he said it is not planning to introduce them for use at home.

“Internationally, if other countries will require a vaccine certificate, then I think it’s right that we facilitate it,” he told the BBC.

Health secretary Mr Hancock made similar comments on Tuesday when he told Sky News: “There is international work going on, because if other countries require [vaccine passports] we want to allow Brits to be able to travel to those countries.”

When it comes to the controversial domestic passports, things get complicated. The confusion around Mr Raab and Mr Hancock’s conflicting comments, in the space of just a day, illustrates how ministers are failing to reply coherently to questions about the rollout of domestic activity certificates.

Meanwhile, Mr Zahawi’s remarks earlier that it was “up to businesses” if they introduced domestic passports came in the same interview he said the documents “were not in our planning”. When pressed if owners could demand a vaccine certificate “if you wanted to go to the cinema”, he replied: “Well, I just think it is obviously up to businesses what they do.”

This has led some people to suggest the government is attempting to shirk responsibility for introducing the localised restrictive measures onto businesses – so ministers can avoid any backlash.

When asked about the possibility of domestic certificates, following Mr Raab’s comments on Sunday, the PM vaguely said he did not “think” such a system would be necessary in the UK but quickly countered there was “much interest” in the idea.

What are the pros and cons?

• Safer to travel within the UK and internationally: it goes without saying, proof of vaccination would allow airlines, venues and shops to feel safer that they are reducing the risk of transmission by allowing only immunised people to use their services.

• Boost to the economy: if domestic passports allow businesses such as cinemas to reopen quicker, they could give the UK’s economy the boost it needs. Similarly, the more people that can fly the better for the airline industry.

• Lack of scientific evidence: there is still no real clarity on whether a person who has been vaccinated can pass the infection on to others, which remains one of the biggest questions hanging over vaccine passports.

• Excluding anyone outside vaccine priority groups: while a boost to the economy would be ideal, the government is likely concerned that if it allows elderly people – and anyone else vaccinated in time – to enjoy reopened businesses but not younger people, the fallout could be significant.

Why you’re probably not exercising as much as you think