Weber took last Thursday off to take advantage of all the new snow at Vail Mountain, but after snapping a photo of the long lines he decided it didn’t seem safe to stay.

“I’m of an age where that’s the smart thing to do,” said Weber. “I think that everybody got so excited about the first really big snow of the year, and I’m hoping for the rest of the season it’s a little calmer on powder days, but still…”

As the snow finally starts to accumulate in Colorado’s high country, so do the people in lift lines, leaving many to wonder how COVID isn’t running rampant.

“I just backed up a little bit and stood on one of the chairs and took this photo looking back out the bridge. I was kind of going, ‘You’ve got to be kidding me, they’re stretched out that far?’ It was just packed,” said Eric Weber, a Denver resident and avid skier.

On Saturday, resorts in the northern part of the state were hammered with snow. Vail reported more than 13 inches.

Around 8:30 a.m. on Saturday, the line of people waiting for the gondola to open at Vail stretched into the village.

“Make sure if you post this to social media, you mention the gondola just opened!” a greeter shouted.

Vail wasn’t alone. A viewer who wanted to remain anonymous posted a picture from the Thunderhead chair at Steamboat the same day. It showed throngs of eager powder hounds waiting to make turns.

“The way I look at this is I want to keep skiing all season if we can and if we can’t control this it makes me worried that we won’t, you know, we’ll lose the season,” said Weber.

While the crowds may feel like a prime setting for the transmission of COVID, experts say so far it has proven to be quite safe.

“You’re limited in your exposure to others. Typically, close contact to transmit COVID requires about 15 minutes of close contact and generally, when you’re riding a lift, or in a line, you’re not going to be within 6 feet of someone for 15 minutes,” said Dan Hendershott, Summit County’s Environmental Health Manager.

Hendershott has spent the entirety of the pandemic learning about how ski resorts can safely operate and works closely with the four resorts in Summit County.

He says in combination, the open air, the natural distance created with ski gear and proper mask wearing, make the activity low risk.

“Certainly, there are cases where people will crowd and overlap, and that’s what were here to explain and ask people, please continue to be diligent with the protocols that we’ve set up,” said Hendershott.

Data from the CDPHE would also suggest that transmission isn’t occurring in lines among patrons, but mostly among employees in congregate housing settings.

A spokesperson for the CDPHE told CBS4 via email: “We do see transmission and outbreaks among employees in ski area operations …  We also know many ski areas are doing everything they can to prevent spread in their businesses and among their staff.”

In a response to photos of a crowded gondola line, Steamboat Resort posted an aerial timelapse of the line and did the same with one of its base area lifts — both showing a different, and more spaced out perspective.

“When you look at a line straight on, it’s really easy to see all the people smooshed into a maze, but if you take a birds eye view you can see there is some good lateral and back-to-back spacing,” said Loryn Duke, Director of Communication for Steamboat Resort.

Perspective is something Hendershott also takes into consideration when analyzing lift lines.

“If you look closely from that more aerial image, you can see the separation of people, versus if you first walk up at a low elevation, it does look like a huge mass,” he said.

Hendershott says he has noticed skiers and riders getting lax when it comes to mask wearing.

“Ya know for some reason people have trouble with the mask wearing,” Hendershott continued, “It’s okay to have it down when you’re skiing or riding but when you get down into that large dense area of the lift line and the maze please pull that mask up out of respect for your fellow skiers and riders and even for the businesses.”

Hendershott says with big snow months still to come and spring break right around the corner for students, it’s important to stay vigilant with physical distancing and mask wearing, to keep the ski season intact.

“It’s a low-risk activity if people follow the protocols that we have in place,” Hendershott reminded. 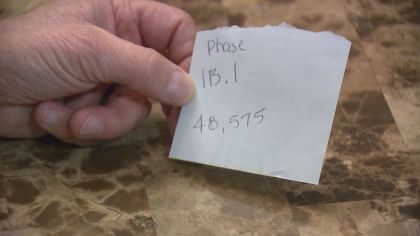 More than one million people in England had coronavirus last week, according to ONS study 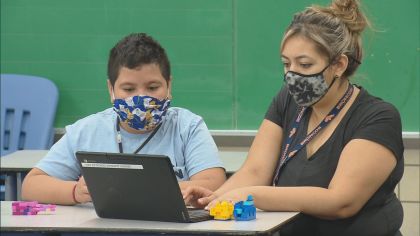