Oxford University has said it is redesigning its current vaccine to neutralise 501.V2, and that the updated version of the jab will be ready by autumn.

“While it is right and necessary to prepare for the deployment of an updated vaccine, we can take confidence from the current roll out and the protection it will provide all of us against this terrible disease,” Nadhim Zahawi, the vaccines minister, said.

The government has sought to reassure the public over its vaccine programme amid mounting concerns surrounding the South Africa coronavirus variant.

Early data from a small trial indicates that the vaccine offers “minimal protection” against mild and moderate disease caused by the variant, known as B.1.351.

What are the facts?

Scientists have agreed more research is required into the level of protection the Oxford vaccine affords against the South African variant, but some expressed have concern over the preliminary findings from the southern hemisphere.

A study of 2,000 people, who were were mostly young and healthy, found that the vaccine showed “limited efficacy against mild disease primarily due to the B.1.351 South African variant”.

The results appeared to confirm theories that mutations seen in South Africa will allow for ongoing transmission of the virus in vaccinated populations.

However, the study did not provide clarity on whether the vaccine was effective against severe disease caused by B.1.351, given that the trial participants had an average age of 31 and were deemed at low risk from such an outcome.

Shabir Madhi, who led the research in South Africa, said when looking at whether it could prevent severe disease, the vaccine could be compared to the one made by Johnson & Johnson which has proved effective.

“There’s still some hope that the AstraZeneca vaccine might well perform as well as the Johnson and Johnson vaccine in a different age group demographic that I address of severe disease,” he said on Monday.

Similarly, health minister Edward Argar said there is “no evidence that this vaccine is not effective in preventing hospitalisation and severe illness and death, which ultimately is what we’re seeking with these vaccines today”.

South Africa has meanwhile suspended the rollout of the British-designed vaccine to healthcare staff following the results, which have yet to be peer reviewed.

The country received its first one million doses of the vaccine at the end of January ahead of a planned rollout to frontline health workers from the middle of February.

What do we know about the new variant?

B.1.351 is thought to be as transmissible as the variant that was first identified in Kent.

Initially detected in South African swab samples from October 2020, it has obtained a series of notable mutations in its spike protein – the part of the virus responsible for binding and entering human cells.

This includes the E484K mutation, which changes the shape of the protein in a way that makes it less recognisable to the body’s immune system.

As a result, the South African variant is capable of evading parts of the immune response triggered by vaccination or natural infection.

The vaccines that have been approved to date are still capable of offering protection against B.1.351, but various analysis and trial studies have suggested they may not be as effective.

Mr Argar said the latest figure for the number of cases of the South African coronavirus variant in the UK is 147.

“It’s a very small number but it’s still something we quite rightly have got to keep a very close eye on,” he told the BBC.

However, it’s highly likely that there are more infections caused by B.1.351 in other parts of the country that have not yet been picked up.

Scientists sequence up to 10 per cent of all positive cases as part of the UK’s genomics surveillance programme. 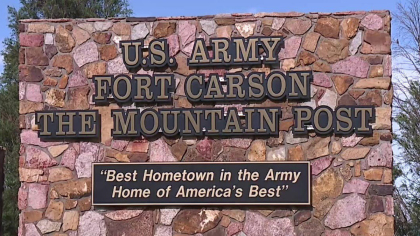 Racism in healthcare is real and it matters