Dining and ski restrictions in Summit County are an added strain on local businesses, but officials say the rules on the mountain are keeping COVID-19 transmission rates low.

“The ski areas were similarly not excited to further reduce their capacity but they’re community members and they also understand that if we continue to see the rise in COVID-19 cases and hospitalizations, the ski areas are at risk of shutting down like they did in the spring,” said Dan Hendershott, Environmental Health Manger for Summit County.

Hendershott recently visitied ski areas in Summit County to observe the impact of the new restrictions.

“We visited Arapahoe Basin, and Keystone and Breckenridge, and we found all of the operations to generally be in compliance with the planned protocols,” he said.

Hendershott has been looking at a lot of data to support his observation, and while he says the county had no discretion in closing indoor dining, he said it was a concern for transmission.

“We know that close contact to spread the COVID-19 virus is dependent on a duration of time. Usually we consider, if you’re less than 6 feet from someone for more than 15 minutes, you have a good chance of acquiring the COVID virus from them. When you go into an indoor environment to eat, you’re usually sitting there for an hour or so, so that’s another precaution that you can’t always follow in a restaurant setting,” he said.

With no indoor dining on the mountain, there was concern it would push more crowds into the base area. From Hendershott’s observations, the rules in place are keeping people spread out.

“When you first pull up to a ski area and you see the people from a distance you go, ‘oh my goodness this doesn’t look right with COVID’ but as you get closer you see that people are distancing, people are moving, people are wearing masks to minimize that risk,” he said.

While Copper Mountain wasn’t open when Hendershott made his observations, he looked at three of the four ski areas in Summit County in detail.

“When you’re out skiing, you’re typically never close to 6 feet to someone for more than 15 minutes, and then they’ve created ghost lanes. Between each of those lanes there’s an empty lane so that there’s no one to the right or left of your party within 6 feet,” he continued, “Then we looked at all of the ski lifts and the gondolas to see, what’s the time from when you get on that lift until you the time you get off that lift, and in almost every situation it’s less than 15 minutes.”

With more reductions to the number of people allowed, some feared it would be more difficult to get a reservation to ski. On Tuesday, riders at Breckenridge didn’t seem phased.

“It seems like In the mornings of the days you wanna go, it kinda opens up. For the most part, it’s not that hard and it hasn’t been that inconvenient. I’ve been able to get every day for the both of us that I wanted,” said Clint Kagle from Florida.

Ski resorts do not have to disclose the number of riders allowed or the percentage they have to reduce numbers. According to the county, it’s proprietary information.

“We worked with each of the resorts individually, taking into account all the unique characteristics of each one to arrive at a reasonable number to appropriately reduce risk of disease transmission. We’re under strict non-disclosure so that we don’t disclose trade secrets, especially with Breckenridge and Keystone, since Vail Resorts is a publicly traded company,” said Julie Sutor, Director of Communications with the Summit County Managers Office.

For Kagle and his friend, the only noticeable inconvenience has been outdoor dining.

“So, some people are having to sit on snow, there’s not enough tables they’re trying to social distance obviously. Today’s not too bad because the crowds aren’t that bad but when it’s a little more crowded sometimes you just have to sit out on the snow and today’s kinda cold too. The sunnier days it’s not so bad.”

Kagle said he’s also noticed some tension with people when it comes to social distancing and mask wearing. Something Hendershott has observed as well.

“Every once in a while, we see an individual who refuses to wear a mask, who refuses to follow the rules, and that’s just gonna jeopardize the whole season and put the ski industry at risk of having to close down,” said Hendershott.

Overall, he found that resort employees were helpful when it came to reminding riders to follow the new protocols.

“Occasionally, you’ll see a skier come down the mountain where they’re not required to wear their mask. They get in line, and their mask is still down, and staff are asking them to bring their mask up and they’re doing so. Ya know, I would say it’s 99 percent of people are wearing their mask and those one percent that are not, are pulling it up when they’re asked to do so.”

The county expects the level red restriction will be lifted in late December but says it’s not out of the woods yet. Officials are still waiting to see if there’s a spike following the Thanksgiving holiday.

“I’d say it’s a little too early to tell on that we’re optimistic in Summit County. Our new case numbers have been fairly flat for the last week and a half or so, however it’s still very high and our hospitals are still very busy and we have to look at hospitalization and cases regionally, and certainly our hospitals are struggling in the state right now with capacity.”

Hendershott said in Summit County, many serious COVID patients are transferred to lower elevation hospitals but as those hospitals start to feel the strain, the county will not be able to afford that luxury.

“So let’s all work together and follow the rules so that we can sustain our season,” said Hendershott. 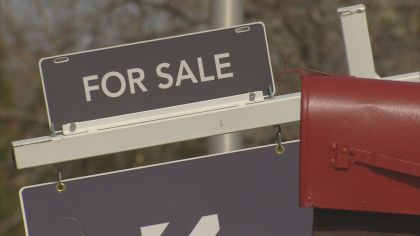