Downing Street confirmed that Mr Johnson’s intention was to allow families to spend at least some of the festive break together, but insisted that there was no decision yet to announced on how long any easing of restrictions might last and whether extra measures will have to be taken to enable households to mix.

Britons could have to pay for a family Christmas with tougher coronavirus restrictions on either side of the festive break, government scientists have said.

Boris Johnson is considering a UK-wide five-day “amnesty” from social gathering rules, stretching from Christmas Eve to Bank Holiday Monday on 28 December, to let family and friends get together to celebrate.

But Public Health England warned that every day of relaxation would require five days of tighter restrictions afterwards, to get transmission rates back down.

And the prime minister’s deputy chief scientific adviser, Dame Angela McLean, said that if social mixing was to be allowed, the UK needs to go into Christmas week with infections “as low as possible”.

There is speculation that families could be told to keep windows open and maintain two-metre social distancing from loved ones during the celebrations.

Any decision on Christmas will have to strike a careful balance between scientists’ warnings of the need to drive down the crucial reproduction rate of Covid-19 (the R rate) ahead of any relaxation of rules and the clamour from business and many Tory MPs for the reopening of shops and hospitality when England’s current lockdown comes to an end on 2 December.

Mr Johnson is due to announce next week details of the regionalised restrictions that he wants to replace lockdown rules, but some advisers are pushing against a return to the earlier three-tier system, arguing that the lowest tier 1 imposed on the bulk of England in October had “very little impact” on the spread of the virus.

The British Medical Association (BMA) has called for a beefed-up tier system, including clear “triggers” to move areas up and down the levels of restriction.

The chair of the Covid Research Group of 70 Conservative backbenchers, former chief whip Mark Harper, said it would be “completely unacceptable” to continue lockdown restrictions under another name.

Mr Harper told Sky News: “Saying to families, you can have a reasonably normal family Christmas, but then putting restrictions in place which may will impact their livelihoods, I don’t think is going to be a very welcome Christmas present.

His comments came as official figures recorded 19,609 new coronavirus cases, the lowest daily total for more than two weeks. Daily deaths stood at 529, down from Tuesday’s tally of 598 but well above the 416 average for the last seven days.

Dame Angela confirmed that the PM’s Scientific Advisory Group for Emergencies (Sage) has drawn up advice on a potential relaxation of measures over Christmas, but said it was for ministers to decide what action to take.

Asked at a Downing Street briefing whether household mixing could be allowed if there were other trade-offs, she said: “What’s really important is we go into a festive week, when we want to mix with our friends and our family, with the number of infections in the community as low as possible.”

And PHE epidemiologist Dr Susan Hopkins said: “We are very keen that we have a Christmas as close to normal as possible.

“That requires all of us to make every effort over this national restriction period and even in early December to get the cases as low as possible and to reduce the risk of transmission within households and between families.”

At the briefing, she said scientists had suggested that one day of greater freedom required two days of restrictions, but PHE later said Dr Hopkins “misspoke” and that the Sage advice had referred to modelling indicating that for every one day of relaxation, five days of tighter restrictions could be needed.

She explained: “Coming into Christmas we need to be very careful about the number of contacts we have to reduce transmission before Christmas and get our cases as low as possible … and once we have got past the Christmas period, if there has been some release and some socialisation, we will all have to be very responsible and reduce those contacts again.”

Public sector union Unison called for all schools to take lessons online-only from 10 December to reduce the risk of families having to self-isolate on Christmas Day.

The union’s head of education Jon Richards said: “High numbers of children and staff are sick or self-isolating – and it’s only going to get worse.

“Measures such as increased social distancing and virtual learning are vital in the run-up to the festive season. It’s the only way to stop infections spiralling out of control and to save Christmas.”

Mr Johnson’s official spokesman said the PM had been “clear in his desire to try and allow families to have Christmas together”, but declined to spell out plans to achieve this.

“We are taking the tougher measures now to drive down the level of transmission, to drive down the number of patients admitted to hospital and then ultimately, those who end up on ICU and sadly die,” said the spokesman.

“We are taking these tougher measures now so that, as I say, the PM has given his clear intent to allow families to spend Christmas together.”

Dame Angela said that there was evidence of a flattening in the steep rise in positive coronavirus tests in September and October, which had begun in some areas – such as the northwest, Yorkshire and Humber – even before the introduction of lockdown restrictions on 5 November.

She said relaxation of lockdown rules would not necessarily be blocked if R remains above 1 by the end of the month, as it is based on lagging indicators which take some time to work through.

Mr Johnson told MPs he had “absolutely no doubt” the UK will get through the Covid-19 pandemic “strongly” by next spring.

“We have the tools to do it, we have the scientific weaponry to do it and that is why we’re engaged in the current restrictions to get the R down, to suppress the virus now and to try to get the economy moving in the way that I’m sure that he would like,” said the PM.

He was taking part in prime minister’s questions in the Commons by video link for the first time, as he continued to self-isolate in No 10 despite testing negative for coronavirus following a meeting with an infected MP.

It emerged that both Dido Harding, who heads NHS Test and Trace, and NHS medical director Stephen Powis are also self-isolating. 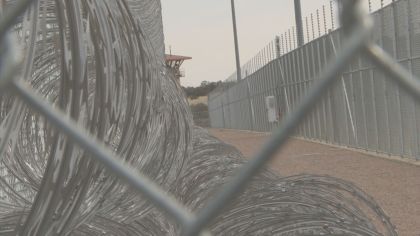