The decision is a blow to families who wanted ministers to set up a statutory public inquiry under the Public Inquiries Act 2005, which would have the power to compel witnesses to give evidence on oath and force documents to be handed over.

During a debate in Parliament on Monday, patient safety minister Nadine Dorries said she would set up the inquiry in response to a campaign by Melanie Leahy over the death of her son Matthew at The Linden Centre, in Chelmsford, Essex, in 2012.

Melanie Leahy reacted angrily to the announcement saying: “I am shocked by the outcome of today’s debate – I have worked for eight years to get to this point only to get fobbed off again. Ms Dorries has failed me and all the families that have supported this call for a statutory public inquiry – she has not heard a word that we have said and has honoured the age old tradition of governments to carry out tick box exercises and pour whitewash over what is really going on.”

An online petition calling for a full inquiry received more than 100,000 supporters online, triggering a debate in Parliament.

At least 55 families with concerns about their loved ones deaths while under the care of Essex mental health services have now come forward. It is not clear if the inquiry will look at all deaths in Essex or just those at The Linden Centre, which would exclude many of those with concerns.

The planned inquiry will have no statutory powers and will rely on cooperation of the NHS and individual staff although Nadine Dorries warned any clinician who refused to cooperate could be investigated by their professional regulator. 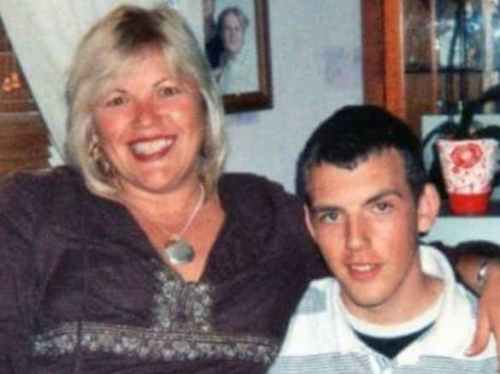 Announcing the inquiry, she told MPs: “I can confirm that there will be an independent inquiry into the events at The Linden Centre, covering the period from 2000 to the present day. This will ensure that all of the tragic events are given the attention they deserve to ensure the lessons are learnt.”

She said she was looking at half a dozen candidates to lead the inquiry adding she expected the chair to be “robustly independent” and that they would be supported by a Queen’s Counsel barrister as well as a full secretariat.

“I’ve chosen the route of an independent inquiry, rather than a public statutory inquiry, so that we can move quickly. It will be able to call witnesses and undertake a close examination of what actually happened to patients who died at the trust to inform its findings.

“It is incumbent upon all holders of public office and health professionals to demonstrate their fitness by voluntarily cooperating with independent inquiries that seek to protect future patients and offer closure to families. The Patterson Inquiry referred two doctors who refused to give evidence to the GMC. So it is not the case that if someone in a professional capacity refuses to give evidence to an independent inquiry that they are not held accountable.”

She said it was expected the inquiry would produce a final report could be published within two years.

Reacting to news of the announcement Ms Leahy said: “I, and the families with me, are not interested in Ms Dorries’s inquiry – we want a statutory inquiry. We will not engage with anything less so if Ms Dorries wants to go ahead with a general inquiry she is on her own – and will be wasting taxpayers money on yet another pointless exercise.

“If Ms Dorries genuinely wants truth, accountability and justice for our loved ones, she must commission a statutory inquiry.”

Her son was admitted to the Linden Centre in November 2012, but within days he contacted Essex Police begging for help and claimed he had been raped.

An inquest revealed there had been multiple failings in the care by the North Essex Partnership University Trust and recorded an open verdict.

An investigation by the health service ombudsman found a string of failings and attempts to cover up information with staff changing Matthew’s care records after his death.

Nina Ali, partner at Hodge Jones & Allen Solicitors who is supporting Melanie said: “The reason it has to be a statutory public inquiry rather than just a public inquiry or any other type of investigation/review is that only statutory inquires have the power to compel witnesses i.e. the people responsible have to attend and their evidence must be given under oath. It is the only way of really calling people to account and to get to the truth of what is happening in Essex Mental Health care, and finding out what is going so badly wrong there.” 50,000 cases of cancer left undiagnosed due to Covid disruption