While big box retailers are rolling out Black Friday deals a little differently this year, small businesses are are also doing their best to prep for the kick off to the holiday shopping season, hoping for some support after a tough year of business.

“It’s been extraordinarily difficult the last nine to 10 months,” said Derek Friedman, owner of Sportsfan, a sports merchandise store with several locations in the Denver metro area. “We had no fans throughout all of the end of the Avs, the Nuggets, the entire Rockies season, and then now no Broncos fans are allowed to go to games, so it’s been extraordinarily difficult… we ordered all of our stuff a year in advance, you don’t plan to have zero fans, so right now we are running huge sales.”

Aside from COVID-19 restrictions, Friedman’s stores were also affected this year by riots and looting.

“We had stores downtown that suffered through the riots, we had break-ins, and were looted, it’s just been really really difficult,” Friedman said.

This Thanksgiving morning, Friedman, who has been in business since 2014, was driving around to his various locations, making sure his shops were prepped and ready for Black Friday and Small Business Saturday. This year, his stores are offering 50% off on current player merchandise, among other sales.

He’s hoping those sales will help make up for an especially tough year.

“For a small business owner, you are working every day, 24 hours, just to make sure everything is ready, employees are ready, for what we hope to be one of the better parts of the year. It’s usually the kick off to the holiday season, for us, we are trying to get our stores fully merchandise, we have big sales going on. Just want to make sure that when people come in, they see the sales, and they can grab all the things that will make them excited on Christmas morning,” Friedman said. “We’re hoping Small Business Saturday and actually through the entire shopping season, people are focused on helping out small businesses like ours, because we have suffered disproportionately.” 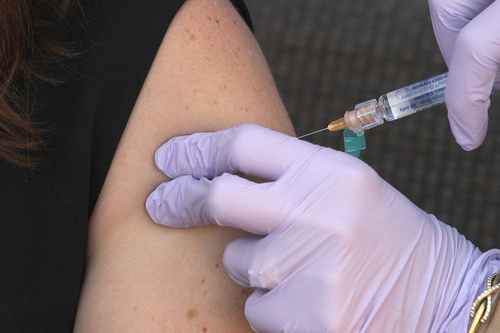 Only half of UK population to get vaccine, task force boss says