For Barclay, every second that passed was critical. Her office called 911 right away, and when the paramedics arrived they noted a significant decline in her mental state, indicating a traumatic brain injury.

When Jessica Barclay unexpectedly fainted at work, the 35-year-old mother of two almost didn’t wake up.

Barclay fractured her skull in multiple places, striking her head in what the surgeon called the most unlucky spot.

“What stood out to me was… the term unlucky- to hit your head in just that one spot because with this type of an injury, it’s called an epidural hematoma, so you cut an artery on sort of the covering of the brain and you have to be very specific where you get hit for that to happen,” said Dr. Kathryn Beauchamp a Neurosurgeon with Denver Health.

From the paramedics to the physicians looking at her CT scan, not a second was wasted. She was in and out of surgery in under 20 minutes.

Beauchamp said if this type of injury were to happen on the slopes, or in the backcountry, it’s often fatal. Even in circumstances like Barclay’s, it usually results in some type of long-term or permanent brain damage.

“Everyone kept on assuming that I had permanent brain damage because that’s normally what happens and they kept kind of testing me and testing me and I am fine… I’m myself,” said Barclay.

On Thursday, six months after her accident, Barclay returned to Denver Health with her husband to thank those involved in every step of her journey.

“Because of you, because of how quickly… because of the systems that you’ve all put in place and how quickly everything works, it just, those seconds mattered so much,” Barclay said to the room full of surgeons and paramedics.

While the level one trauma center has had plenty of experience treating injuries similar to Barclay’s, they rarely get to see the outcome of their work.

“It’s what keeps you coming back the next day. It’s amazing,” said Beauchamp.

“It was very emotional thinking about what I wanted to say to everybody and how grateful I was especially when I think about our kids, they’re such sweet little boys and it would’ve impacted them so much to lose a parent,” cried Barclay. “We will always remember Denver Health as that place where mommy’s life was saved. I mean it’s just so meaningful to us and we’re so grateful.”

Barclay’s accident happened in September. By October she was fully back to work and today, back to running an average of six miles a day. 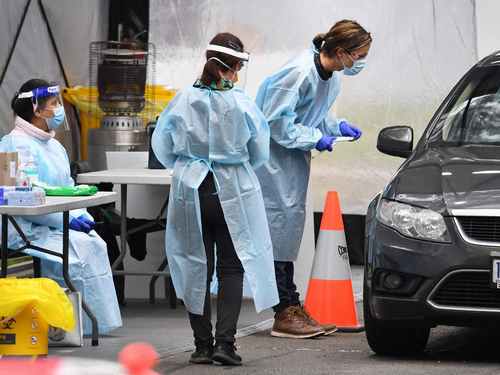 2,000 infected people may have gone untraced to problems in testing system