Jefferson County requested a temporary restraining order just prior to the July 4 event. It was attended by an estimated 7,500 people. Tuesday’s hearing was on the county’s request for an injunction which was denied and determined as moot due to the new county health order.

As John Bandimere, Jr., emerged from court on Tuesday, there were cheers from supporters.

“You asked if we will obey. Yes, we will obey,” said Bandimere. “Sometimes the rules that get put on us by this world are tough.”

A Jefferson County judge is warning Bandimere Speedway that it must comply with a new health order regarding outdoor crowds. Because of that order, the judge said there is no need to issue an injunction.

This comes weeks after a July 4 event which the judge says Bandimere Speedway violated a temporary restraining order after failing to comply with crowd limitations. The restraining order limited the crowd to 175 people.

Jefferson County Health Director Dr. Mark Johnson is hopeful the new order will work, “Under the order we will be working with Bandimere for plans for their events and we make sure the public health orders are complied with.”

Under the new order, any business must submit a plan for approval for any crowds above 175 in what’s called an ‘outdoor activity area.’”

“Our goal is for the Bandimere family and legacy and for the God and country celebrations that occur there every single year, to continue,” said Bandimere.

“For those afraid of being sick, they can protect themselves. We don’t need the government telling us what to do,” said Stevens.

The hearing was held in person and several people in the courtroom were not wearing masks, a violation of the state mask mandate. 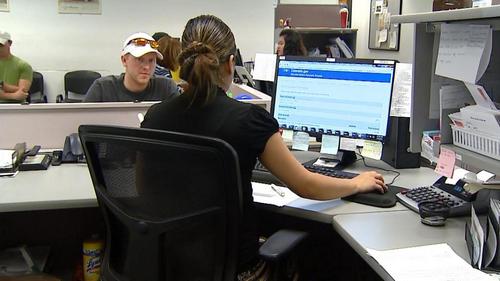